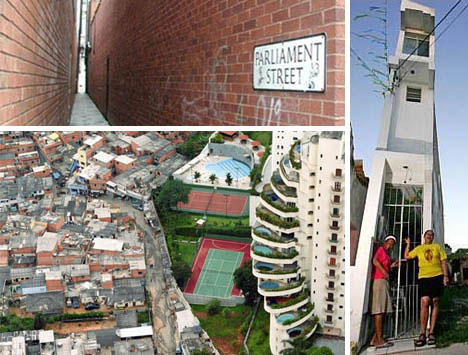 You might find an urban wonder right around the corner – from the narrowest and most windy streets of the world (respectively) to the biggest building moving project and the most profound rich/poor divide on the planet. Someone has even put the world’s largest urban bat colony on the map. Here are seven profoundly strange recording-setting wonders of the modern world.

1) The Narrowest Urban House in the World 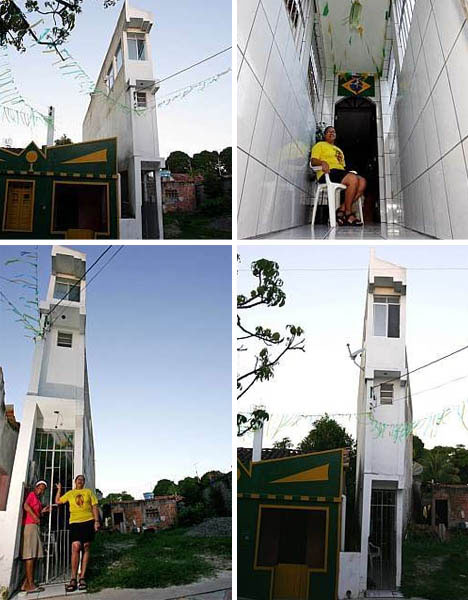 The narrowest urban house in the world is surprisingly spacious – though only in one direction. It contains multiple rooms including bedrooms, a kitchen and laundry room. Located in small-town Brazil this house has become something of a tourist attraction. However, there are other compelling contenders for this record – each with their own narrow claim to fame.

2) The Skinniest Urban Street in the World 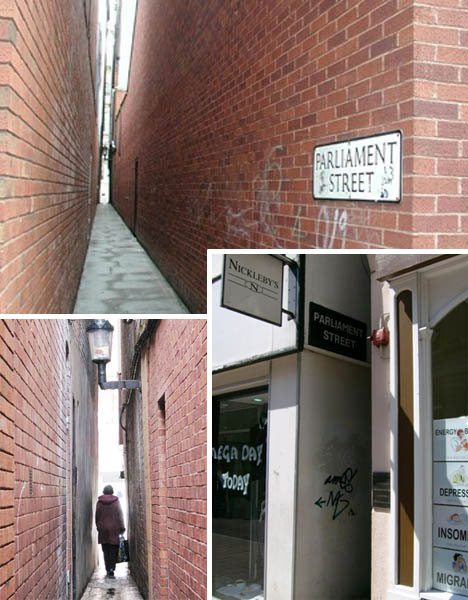 What better to compliment the most narrow house in the world than the skinniest urban street in the world? Parliament Street in England is hundreds of years old and, in reality, is something more of a very scary alley than it is a thin street. At its thinnest, this passage is a mere 25 inches wide and got its current name when the Parliament upset the city council centuries ago.

3) The Most Windy Urban Road in the World 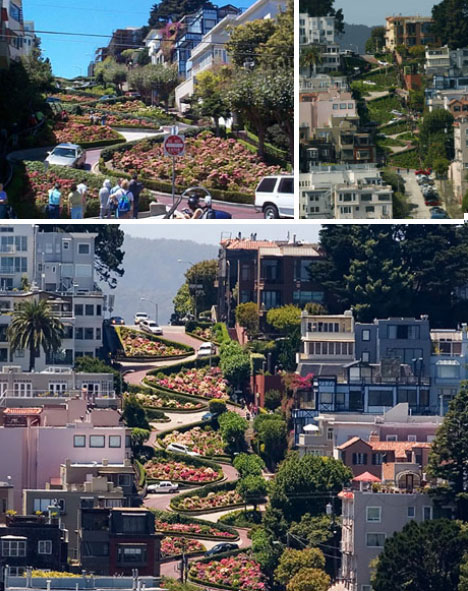 Speaking of streets, this one in San Francisco holds the record for the most switchbacks in a single urban block. After a total of eight turns motorists are able to escape this dizzying snake of a road. Races down Lombard Street on all kinds of odd vehicles are also not unheard of. Click here for even more random and ridiculous record-setting roads and streets.

4) The Highest Urban Fountain in the World 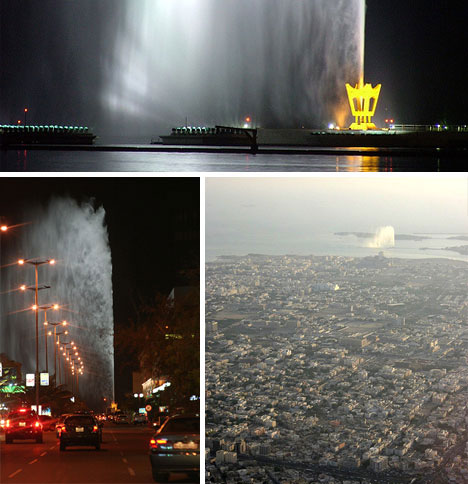 Shooting to heights greater than the Eiffel Tower, this incredible Saudi Arabian fountain shoots jets of water at speeds of over 200 miles per hour – hundreds of gallons per second. As you can see, this glorious (if incredibly wasteful) urban phenomenon can be seen from miles away – the uncontested largest urban fountain ever constructed.

5) The Largest Urban Gathering in the World 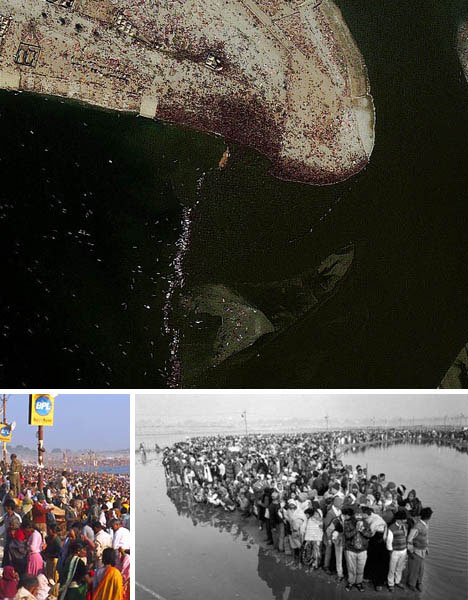 Every ten years, over seventy million people come together at the Ganges River to wash themselves literally and spiritually. Despite isolated violent or chaotic incidents, the entire process is surprisingly tame and well-organized considering the massive scale of it. Click here for even more strange and gigantic gatherings of the world.

6) The Greatest Economic Boundary in the World 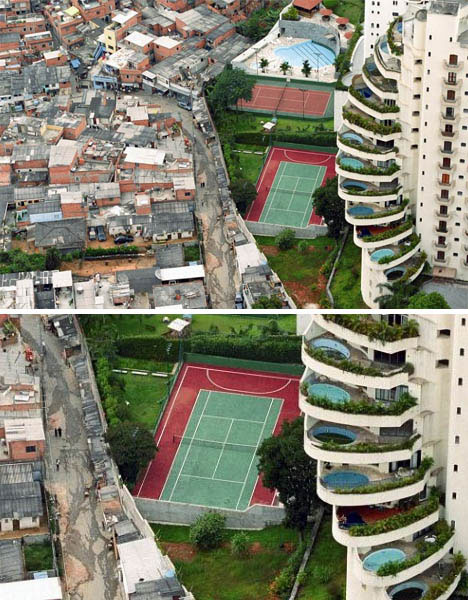 This aerial photograph of the ‘Paradise City’ area of San Paulo, Brazil, illustrates the division between rich and poor in the world in a way rarely seen so starkly in photographs – compare the sizes, shades and textures of what you see – could anything be more different? Click here for even more incredible rich/poor divides.

7) The Biggest Building Moving Project in the World 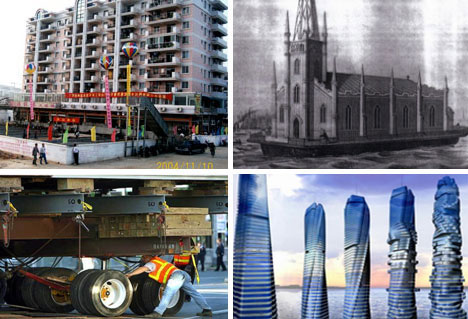 Shown in the upper left is the 15,000-ton Fu Gang Building in China – the largest building ever moved by a long shot. However, it is not the only structure to be moved or to even be designed to move on its own. Above, right, is a church floated from one location to another and below, right, is the moving tower being designed for Dubai. Click here for even more unbelievable moving buildings and building moving projects.

Underground, Underwater and Other Wonders of the World

Abandoned Cities, Buildings and Wonders of the World

And from our Green Sister Site: