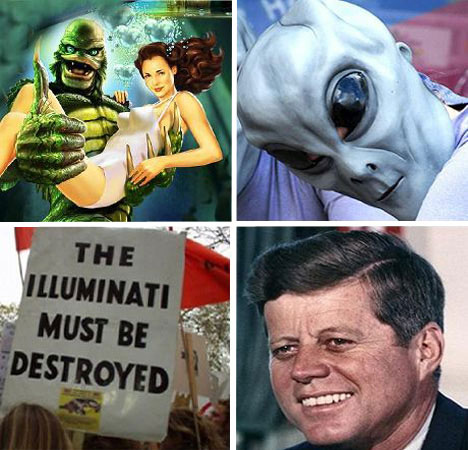 Secret-societies rule the world, Elvis is still alive and working down at the Piggly-Wiggly and giant lizards are in the White House. We certainly love our conspiracy theories and the Internet has become a giant repository of the paranoid, the disturbing and the downright crazy. We read it with a mixture of alarm and amusement, knowing most of it is improbable, but we’re still left with nagging doubts. After all, we know that governments really do assassinate people, commit criminal acts, and manipulate public opinion by the use of black propaganda. We know from published documents that the CIA experimented on unsuspecting subjects with LSD and that elements of American government really did consider carrying out terrorist attacks against U.S. citizens to manipulate public opinion back in the early 60s. So if the impossible is possible and the unthinkable has indeed been thought, then what else might be true ? If there’s even a little bit of truth in any of these ‘conspiracy theories’ then the world we live in is truly a terrifying place. 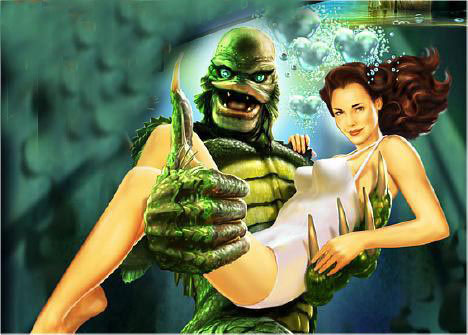 In his book ‘The Biggest Secret,’ David Icke, a one-time BBC sports reporter turned mystic and guru, spills the beans on one of the most scary conspiracy theories so far. He claims that we are secretly ruled by blood-drinking, shape-shifting, flesh-eating reptilian humanoids from outer space. They have been pretty successful, he suggests, in taking the top jobs in big business, the entertainment industry and politics. It may interest you to know that members of the British royal family are giant reptiles, as are members of the Bush family. Wild as they may seem, Mr Icke’s conspiracy theories have garnered considerable attention and have many believers. Who knows, when people say some politicians are just slimy reptiles, they might be right. 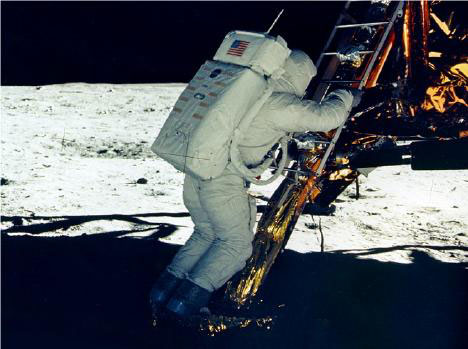 In 1969 astronaut Neil Armstrong took a “small step for man, a giant leap for mankind” when he walked on the surface of the moon. Or did he? Conspiracy theorists say the whole thing was a hoax and that the Americans, desperate to beat the Russians in the space race, either faked the whole thing or the parts of it involving men walking on the moon, with Armstrong and Buzz Aldrin acting out their mission on a secret film set. Another reason advanced for the hoax was that the U.S.government wanted to distract the public’s attention away from the deeply unpopular Vietnam war. Coincidentally (perhaps) lunar activities subsequently stopped, with planned missions canceled, around the same time that the U.S. ceased its involvement in Vietnam. A Gallup poll 20 years later in 1999 showed that 6% of Americans thought the lunar landings were fake and 5% were undecided. 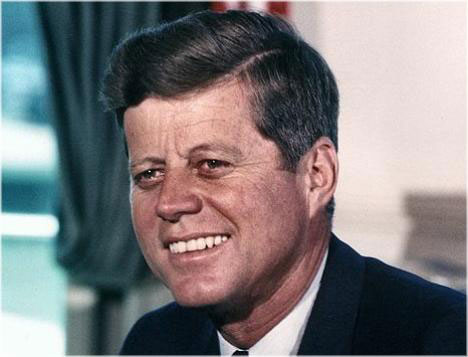 John F. Kennedy was assassinated in 1963 in a Dallas motorcade. Who killed him? Officially it was a lone gunman, Lee Harvey Oswald. That was the conclusion of the Warren Commission set up to investigate. However polls held from 1966 onwards regularly show that anything up to a staggering 80% of Americans do not believe the ‘lone gunman’ story. In 1979, the House Select Committee on Assassinations (HSCA) found both the original FBI investigation and the Warren Commission Report to be ‘seriously flawed’. Conspiracy theorists suggest it was a political coup with the execution planned and carried out by the CIA in collaboration with organized crime. Many witnesses and key participants subsequently died in mysterious circumstances, adding to the widespread belief that the official story was just a convenient fiction for public consumption. 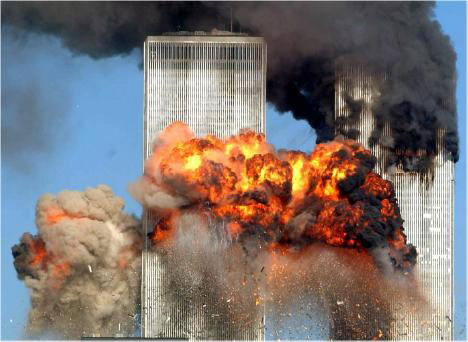 Conspiracy theories surrounding the attack on the twin towers on September 11 2001 essentially allege that the U.S. government was, to some degree, ‘in on it’. They either looked the other way while the ‘terrorist’ plan was executed or were behind it. Their motives were to use the attacks as a pretext to justify the pre-planned invasion of foreign countries and to excuse the draconian curtailment of domestic civil liberties (both of which happened). Critics say it is simply absurd to suppose an American government would consider allowing its citizens to be killed and lie about it. In 1962 there was active consideration of a plan (Operation Northwoods) to inflict civilian casualties on America with hijacked aircraft to dupe the public into supporting the invasion of Cuba. Sound familiar? More recently members of the Bush administration considered using ‘false-flag’ attacks on U.S. troops to justify invading Iran. So the idea that killing US citizens and lying about it is totally unthinkable to some in government is sadly not true. But is that what happened on 9/11? Or is it just a crazy ‘conspiracy theory’?

The CIA and AIDS 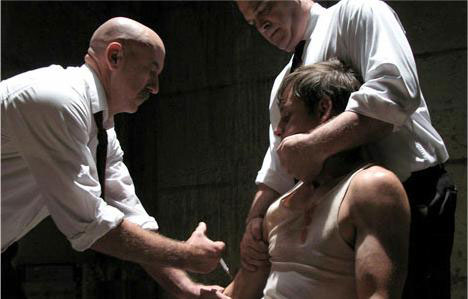 The CIA is a dark and deadly organization. Some think they are the courageous defenders of ‘freedom and democracy’ overseas. Others call them the biggest terrorist organization on the planet. One of the very many conspiracy theories that swirl around them like fog is that they were responsible for AIDS. It has been suggested that it was created in CIA labs and that the government deliberately injected gay men with the virus during 1978 hepatitis-B experiments in New York, San Francisco and Los Angeles. That may seem far-fetched and without any sane motive, but of course it is a fact that the CIA engaged in illegal experiments where they administered LSD to unwitting Americans without their consent so its easy to see why people regard them with suspicion. Incidentally, most members of the scientific community believe the virus jumped from monkeys to humans but the conspiracy theorists are far from convinced. 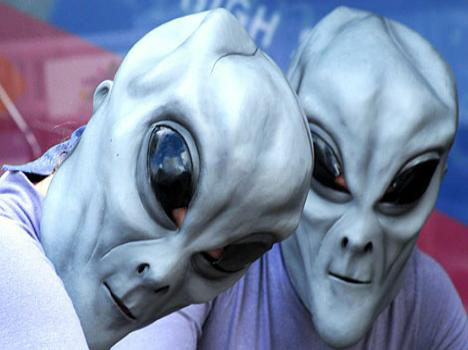 Something crashed on a remote ranch near Roswell, New Mexico in 1947. Was it a weather balloon, as the official story suggests, or was it an alien spaceship? Conspiracy theorists think it was the latter. First reports said it was some sort of saucer but that was hastily amended to a weather balloon. Possibly it was neither, but rather a high-altitude, top-secret military balloon from Project Mogul. Descriptions of the wreckage first reported by the original eyewitnesses match photos of the Project Mogul balloons, down to the silvery finish and strange symbols. But what about the alien autopsies? Well they didn’t surface until decades later, when a book on the topic was published. There probably was a cover-up, but did it involve flying saucers and alien bodies or just a top-secret, high-altitude balloon that they wanted to keep quiet? 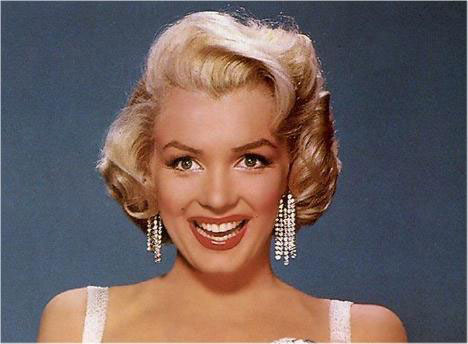 Marilyn was found dead in the bedroom of her Los Angeles house and the death was attributed to ‘acute barbiturate poisoning’ and ‘probable suicide’ by the coroner. She was a long-term barbiturate user and had a history of overdose. In fact, she had a history of not only overdosing, but of being resuscitated. However many individuals including Jack Clemmons, the first LAPD officer to arrive at the house, and her ex-husband Joe Di Maggio, believe she was murdered. Monroe had been having an affair with John F Kennedy and perhaps with his brother Bobby too. She was also a close associate of Frank Sinatra, who himself had influential friends in organized crime. It is suggested that Monroe, something of a ‘loose cannon’ with her drug problems and chaotic lifestyle, was killed on the instructions of the Kennedy’s because she knew too much about the political dynasty’s Mafia links and was threatening to go public to get back at Robert for dumping her. 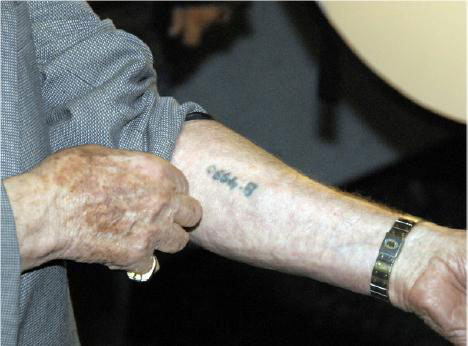 Despite overwhelming evidence to the contrary, some conspiracy theorists believe that the deliberate extermination of 6 million Jews in the Nazi concentration camps is simply a conspiracy intended to discredit Hitler. They do not deny that Jews were interned in prison camps during World War II but argue that the number of deaths was greatly exaggerated. They say that the pictures of emaciated people and bodies stacked like cord wood were actually of Poles and Germans who died of typhus rather than being the victims of mistreatment. They maintain that gas chambers were just a rumor. To buy into this revisionist view one would need to discount the mountain of pictorial and first-hand witness evidence available, but that’s never stood in the way of a conspiracy theory before. 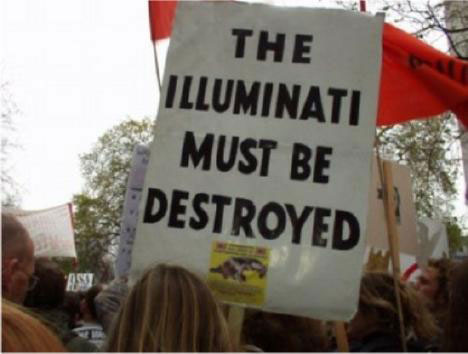 There are many conspiracy theories floating around that involve ‘secret societies’ but the main ones can be pulled together under the umbrella title of ‘the new world order’, a power-hungry global elite who seek to rule the planet via a police-state, one-world government. Secret societies such as the Illuminati and The Bilderberg Group are the tools through which this power elite work. The theory goes that perhaps less than 3,000 of the worlds top figures in commerce, politics and finance are the puppet-masters pulling the strings and this is really the ultimate conspiracy theory from which so many others spring. The recent banking collapse, for example, or the imposition of draconian police-state powers under ‘anti-terrorist’ laws can be seen as necessary steps towards the global police state that will be the ‘new world order’. Is it happening ? I guess it all depends how you interpret things.

The Death of Princess Diana 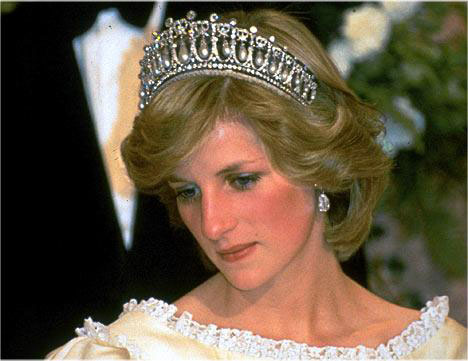 Diana, Princess of Wales, died in 1997 in a car wreck in Paris. Her lover, the wealthy Dodi al-Fayed, and the driver of the car, Henri Paul, both died too. al-Fayed’s bodyguard was the only survivor. A lengthy French judicial investigation concluded that the crash was caused by Paul losing control of the car at high speed while his abilities were impaired by drink and anti-depressants. A sad, avoidable, but pretty ordinary accident you might think. Conspiracy theorists, however, claim it was murder. They say Diana was pregnant with the child of Dodi al-Fayed, whom she was going to marry, and the Duke of Edinburgh (the Queen’s husband) ordered MI6 (the British secret service) to kill Diana and Dodi. Whatever the truth, the continuing controversy keeps Diana’s picture on the worlds front pages and sells lots of newspapers and magazines.