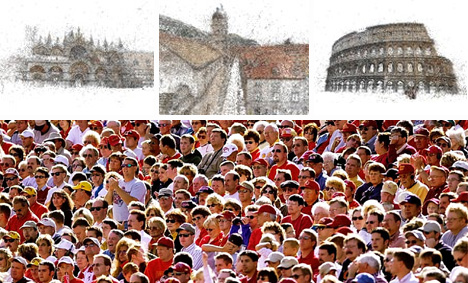 Crowdsourcing doesn’t seem to be losing any steam, and with good reason: asking the public to perform tasks often results in unique, creative and inspired ideas. Sometimes, companies who use crowdsourcing can save a large amount of money by getting a community of workers to contribute to their task. But an interesting new trend in public-sector crowdsourcing seems to be popping up: using the public to shape the city.

The most compelling form of using citizens to shape cities is compiling tourist snapshots to create 3D models of well-photographed places. Searching Flickr for the tag “Rome” returns over two million photographs. Researchers at the University of Washington’s GRAIL lab decided to compile those photographs into a 3D image, and do it all in one day.

They developed software to download all images with a certain tag, then match them up based on common points to create a large three-dimensional picture. The resulting software can process massive amounts of information in a short amount of time; although the pictures themselves aren’t yet perfect, the team is working on developing it to the point that it fills out each picture more completely. Besides Rome, they’ve built models of parts of Venice and Dubrovnik, Croatia.

A less literal, but more tangible, way for crowdsourcing to shape cities is known as “open source urbanism.” This can refer to either opening up software and web applications to individuals who want to make the city an easier and more transparent place to live, or to the low-tech method of getting citizens much more involved in their communities.

The best recent example of the former is the NYC BigApps contest; Mayor Bloomberg asked the public to come up with software applications to to make the city “more transparent, accessible, and accountable.” Using public data produced by city agencies, developers have submitted entries that will make it easier for residents and visitors to find tourist information as well as vital statistics – and everything in between. 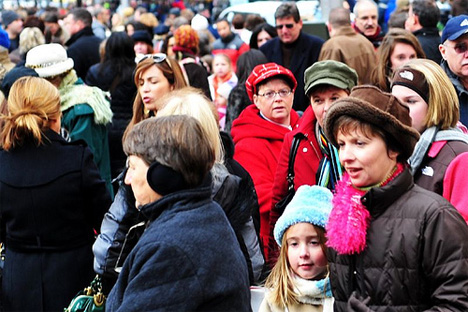 Is crowdsourcing the future of urbanism? Will urban planning one day be left to those who will actually be walking and driving the streets of the cities? With government agencies routinely too bogged down to revamp outdated systems, it seems only logical that the people who benefit from those systems should be able to help shape them.