Golf isn’t the hit sport it used to be and one consequence is the proliferation of abandoned driving ranges closed due to changes in recreational pursuits. 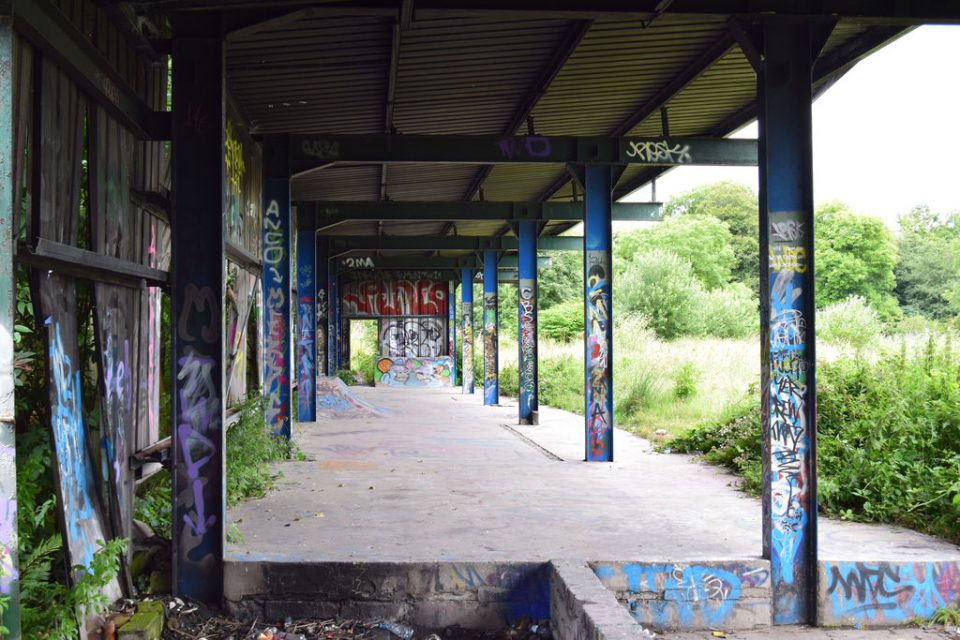 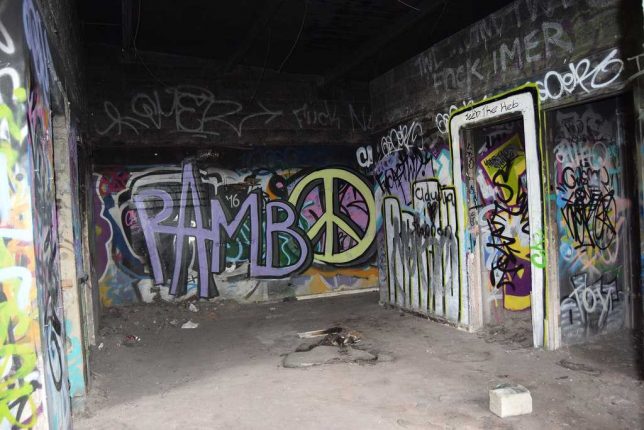 The good thing about abandoned driving ranges – at least, for those who photograph and/or write about them – is that they’re usually outdoors and as such, are often overgrown with invasive vegetation. Kinda adds to the post-apocalyptic vibe if you know what we mean (and we think you do). In any case, Flickr user Josh Lightbody visited one such overgrown abandoned driving range in Northern Ireland just this past summer. “No Golfing”, in my abandoned driving range? Indeed, it’s more likely than you think.

From Swing to Sting 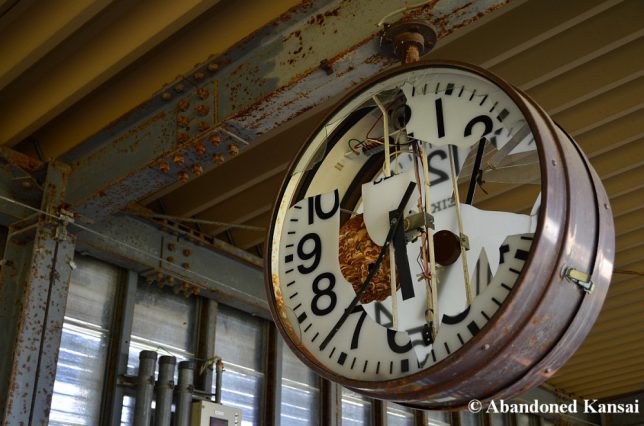 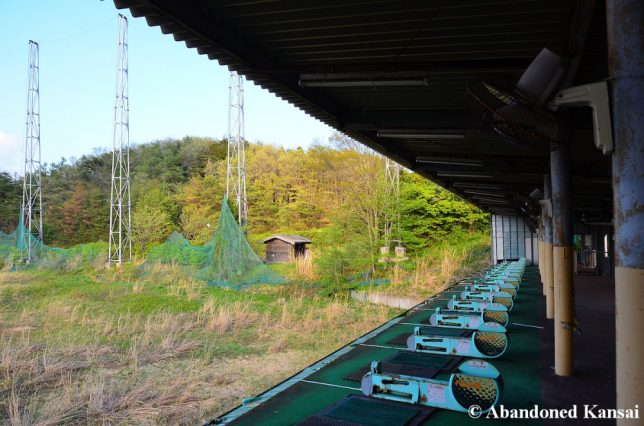 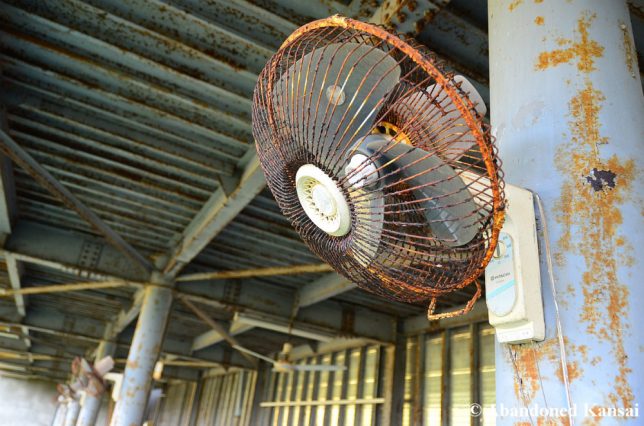 Welcome to Kejonuma Leisure Land, or maybe “unwelcome” is more apropos. Located in northern Japan, KLL opened in 1979 as a sort of pay-as-you-go themeless theme park: visitors could partake in amusement park rides, a campsite, a six-hole golf course and last but not least: a driving range. The shattered clock in the first photo, by the way, now houses a nest of suzumebachi… “sparrow bees” in the direct Japanese translation, Giant Asian Hornets to the rest of us. Yep, the fun never stops at Kejonuma Leisure Land even though the park itself has. 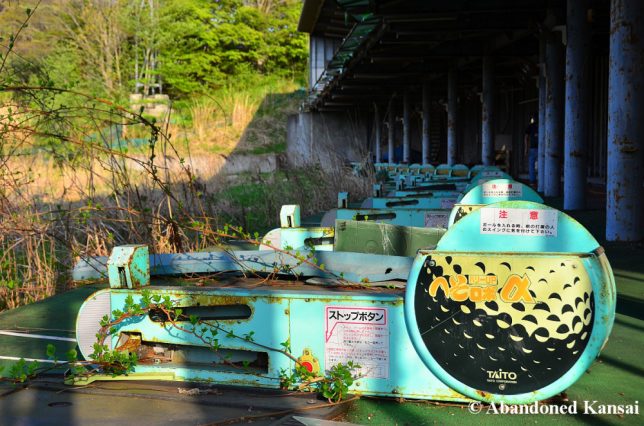 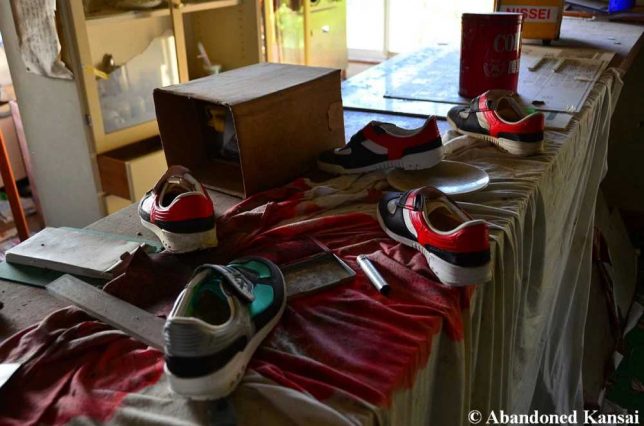 The intrepid urbex explorers from Abandoned Kansai visited Kejonuma Leisure land – with the owner’s permission – in May of 2014. We would have gone during the winer, what with the Giant Asian Hornets and all, but that’s what makes those guys so intrepid… and presumably unaffected by extreme pain. 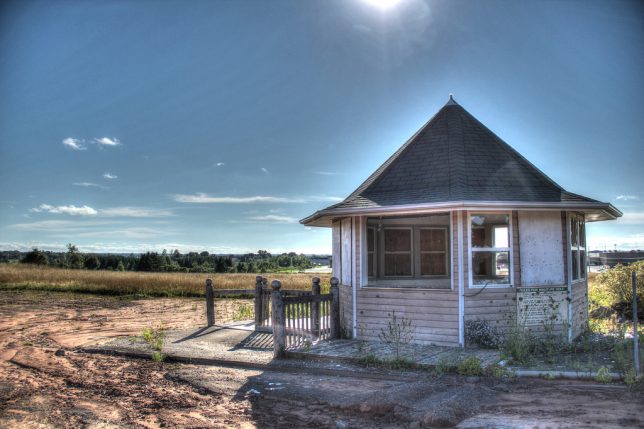 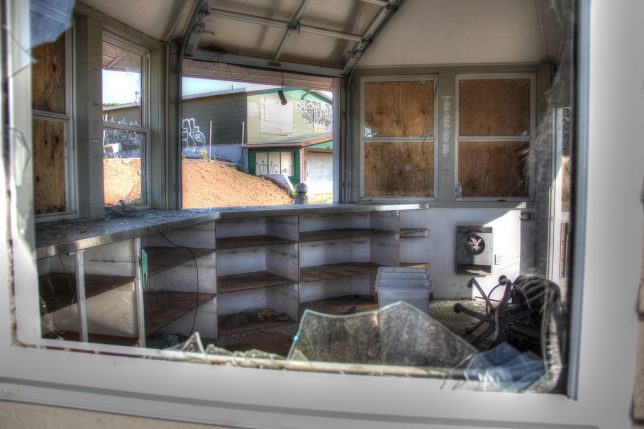 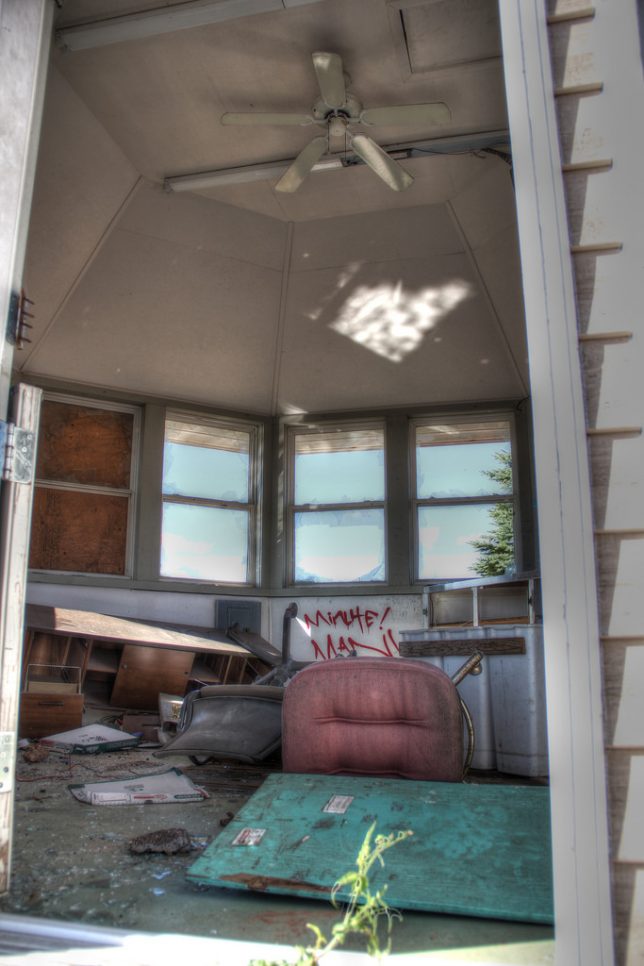 Flickr user Brett Sanderson took the strikingly detailed HDR photos above at an abandoned driving range in Charlottetown, PEI, Canada in mid-September of 2013. Bud the Spud unavailable for comment. 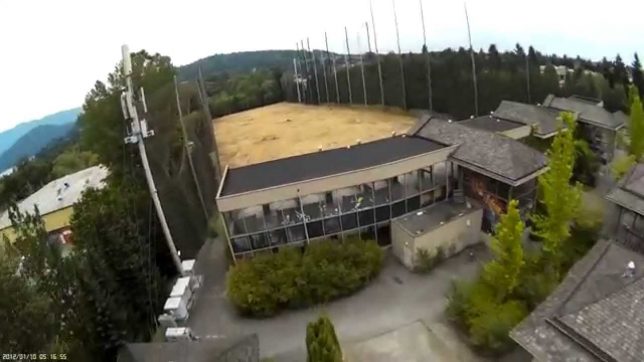 Driving ranges can be so large it takes, say, a camera-equipped drone to take them in properly. Cue YouTube Eric Milewski, who accommodatingly brought just such a device to an abandoned driving range in Burnaby, British Columbia in the summer of 2015. Milewski employed his ZMR250 250mm Carbon Fiber Mini FPV Quadcopter drone at the now-closed Hastings Golf Centre. Watch the entire 4:13 video here.