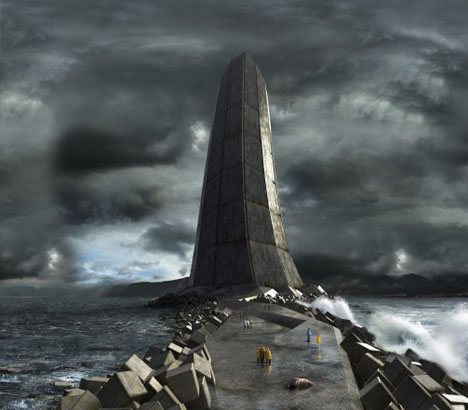 This is a conceptual project with a breathtaking scope: to create a perimeter of citadels surrounding Japan, protecting the island nation above, on and below the ground. 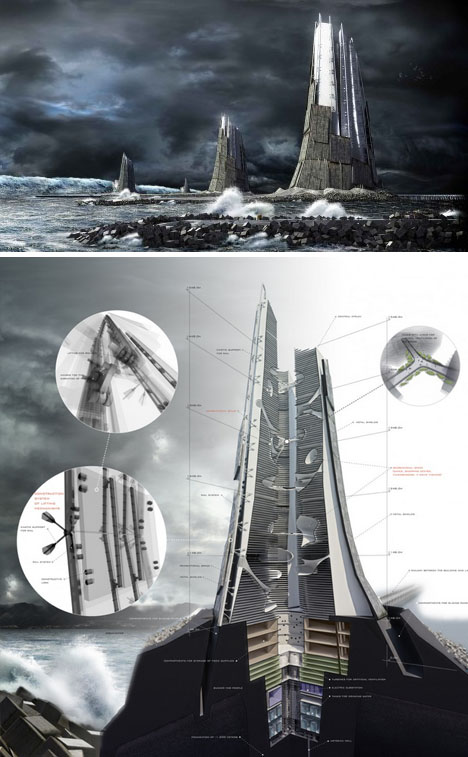 Like turrets of an impossibly large fortress, the idea (perhaps unintentionally) borrows from a neighboring nation (the Great Wall of China) the notion that one can create a barrier spanning an entire empire. Were this constructed, this project by Victor Kopeikin and Pavlo Zabotin could certainly contest other Wonders of the World. 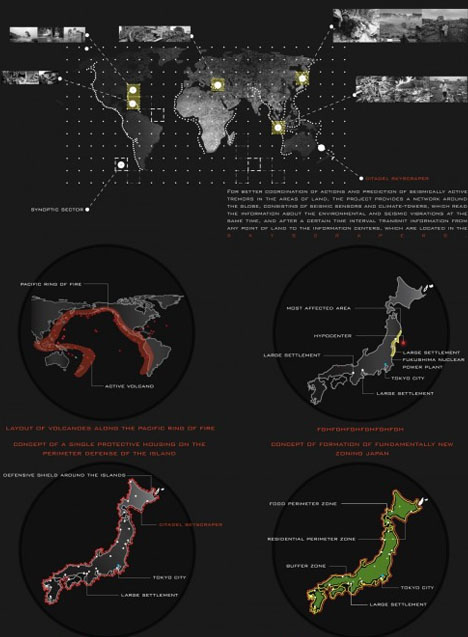 The idea is part of a larger reorganizational notion tackling all levels of infrastructure:  “Economic Zone: (a city in a modern context), infrastructure and government buildings will be left untouched – Residential functions will be taken outside the cities – Economic (“agrarian”) zone will be located between the two previous zones (orchards, gardens, greenhouses).” But it is also born out of a more immediate and pragmatic response to the recent tsunami that devastated the country: “[The] skyscrapers themselves are connected by a system of breakwaters and drainage channels, able to withstand waves up to 50 meters that prevent the destructive waves to reach the shoreline.” 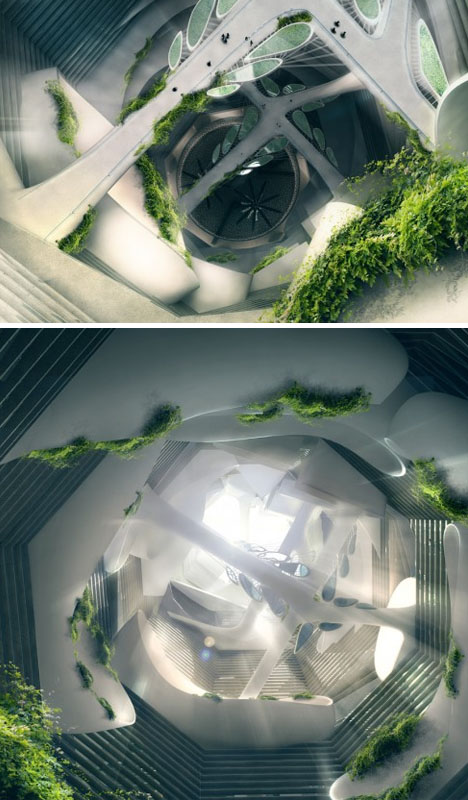 Finally, they are also intended to be self-sufficient, using “the energy of the tides in the design of such facilities. The system of underwater routers situated along the perimeter of the building in-between breakwater corridors, where because of an artificially flow increases the velocity of the water masses. The building also has an autonomous supply of drinking water (boreholes) and the system of the ground floors with live fish tanks and warehouses storing food for the inhabitants of a skyscraper (a system of bunkers).”