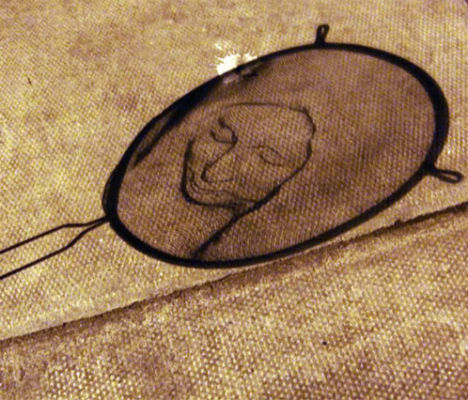 Ghostly faces appear in shadows on the sidewalk – cast, of all things, by kitchen colanders. ‘Cement Bleak‘ is an urban installation project by artist Isaac Cordal that employs street lights to reveal the visages trapped in carefully sculpted metal mesh. 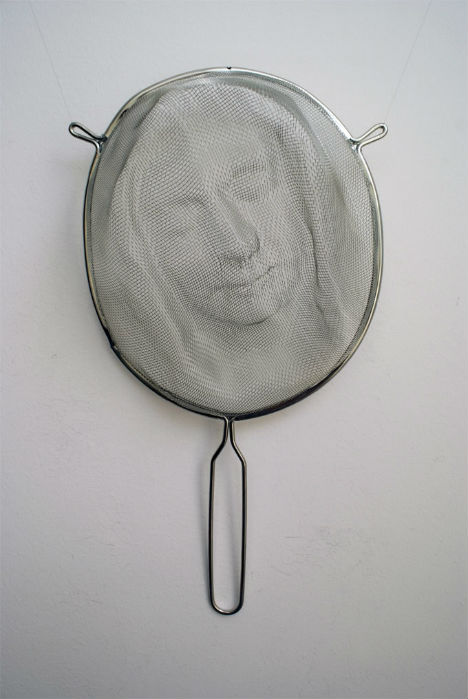 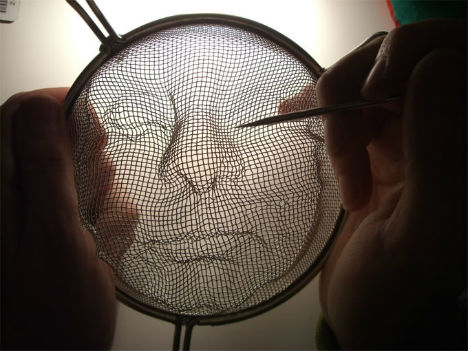 Cordal hand-shapes each metal sifter into a face, which appear three-dimensional when light passes through them and casts a shadow on a surface. 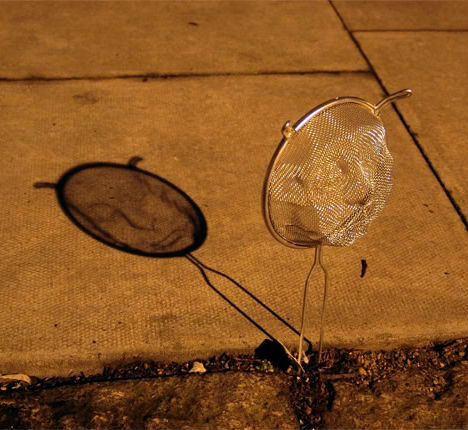 The colander faces are just the beginning of a larger project Cordal plans to implement, using city lighting on darkened streets. The artist told Design Boom that he’s “interested in using lo-fi technologies to create complex results arguing about the abuse of usage we make with new technologies in many cases.” 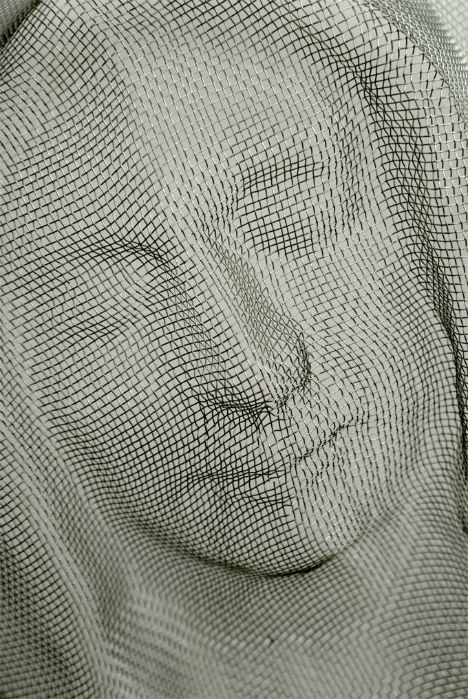 Cordal is known for his miniature cement figures, which are placed in small and often poignant street installations that could easily be overlooked by passersby who are not paying attention to their environment. 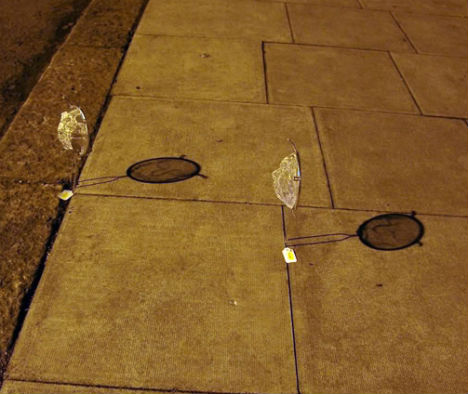 Of these works, called Cement Eclipses, Cordal told London Street-Art Magazine in 2010,  “This project intends to catch the attention on our devalued relation with the nature through a critical look to the collateral effects of our evolution. These scenes zoom in the routine tasks of the contemporary human being. They present fragments in which the nature, still present, maintains encouraging symptoms of survival.” 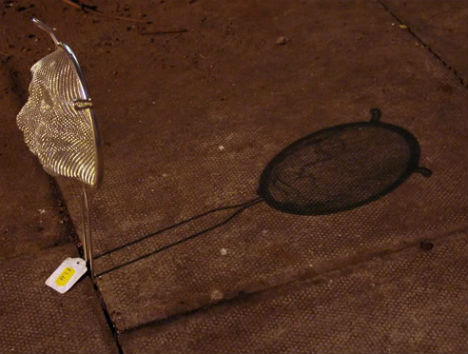 “The precariousness of these anonymous statuettes, at the height of the sole of the passers, represents the nomadic remainders of an imperfect construction of our society. These small sculptures contemplate the demolition and reconstruction of everything around us. They catch the attention of the absurdity of our existence.”