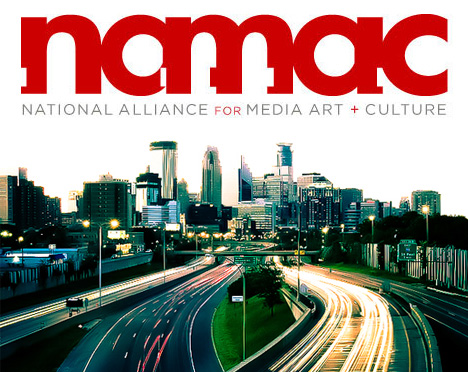 Forms of funding are fast evolving in the digital age, and the National Alliance for Media Arts and Culture 2012 Leading Creatively conference provided a window into how different artists, organizations and institutions are adapting to new models of making communities as well as money. For anyone interested in either funding the arts or raising funds for their own artistic projects, there were good lessons to be taken from this event. Discussions became most compelling when speakers and panelists talked slightly outside their own primary areas of professional experience, but more on that below.

Of particular interest was a panel titled Pennies from Heaven: Crowdfunding and Community-Supported Media/Arts, led by moderator Nathaniel James of Adventures in New Giving and founder of the Seattle chapter of the Awesome Foundation. The latter, while not his primary project, follows a wonderful giving-circle style model: each month, ten board members toss $100 each into a paper bag, then choose whose awesome idea to fund from the communal kitty. As he pointed out in conversation, the result is ordinary people acting like serious arts board members, tackling tough questions of feasibility and the like – consumption replaced with conspicuous participation. 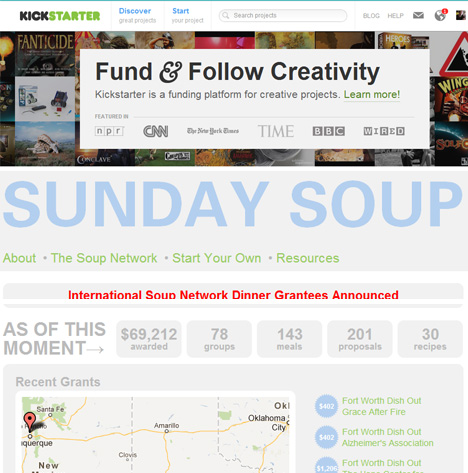 Stephanie Pereira, Art Program Director of Kickstarter came out from New York City as a representative of one of the most powerful and impressive platforms for crowdfunding in the United States (soon to expand to the UK and beyond). There is hardly a good way to sum up Kickstarter, save to say it has been a remarkable democratizing force in raising money for everything from art and photography to music and film. A veteran of community-generated art scenes, Pereira also mentioned projects outside of her own direct purview such as Sunday Soup that grants funding through the vehicle of semi-informal community meals. 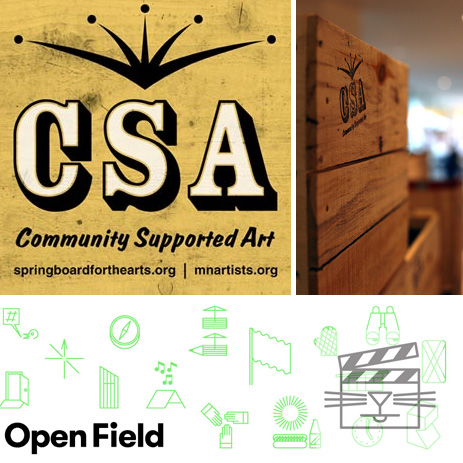 Local Scott Stulen, Project Director of MNartists.org, part of The Walker Center, was on hand to talk about another form of small-scale artistic funding that has huge potential (already being activated in dozens of states): the CSA, or Community Supported Art, modeled on Community Supported Agriculture where people sign up to receive a mixed basket of produce from local farmers. In this case, of course, the box is filled with the work of regional artists, who submit their work for review, and, if successful, are funded from ‘shares’ sold to 50 participants, each of whom gets a grab bag of all kinds of art (everything from ceramics, sculptures and photographs to concept art, vinyl records and performance tickets). But like his fellow panelists, Stulen went beyond his primary project of discussion to mention the role of crowdfunding in bringing cat video creators to the recent (and hugely successful) CatVidFest at the Walker – basically, producers leveraged their followers to raise money to travel to the event.

A Soap Factory tour during the conference served as prelude to an opening-night introduction to a new installation that also served as an apt closing-night gathering for conference-goers. Why We Do This by Andy DuCett was not the product of crowdfunding, but the overnight transformation from Friday to the opening on Saturday was a testament to a dedicated community of the volunteers putting in hard work to finish everything off on time. The results are impressive, and anyone in the area would be well advised to see the series of vignettes that will span the whole main floor of The Soap Factory for the next two months. And speaking of collaboration: the most fun part for this particular visitor was seeing how people reacted to and interacted with the installation, suspending disbelief and laying down in the fake grass to stare at flat clouds, or gathering around to spot bigfoot lurking outside a faux cabin. Thanks again to Josh Wilson of NAMAC for arranging press passes and other connections for the event.