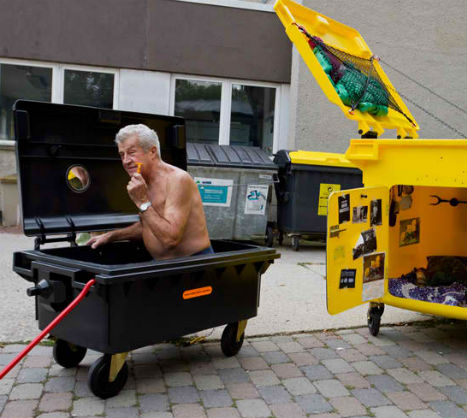 Giant receptacles for trash have been transformed into the most unexpected things – swimming pools, bars, giant pinhole cameras, and now tiny ‘living containers’ on wheels. German designer Philipp Stingl envisions a future in which the growing elderly population requires cheap and portable housing, and these lockable rolling dumpsters would certainly fit the bill. 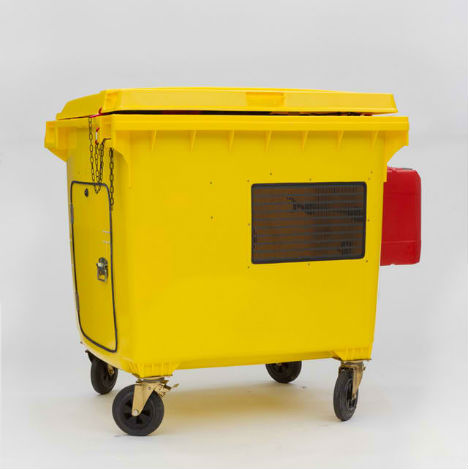 The set of ‘housing containers’ includes a larger yellow dumpster with a door, window and a drinking canister; the top opens like a normal dumpster and has a net in the lid for storage. The second unit is smaller, meant to be used as a bath tub. 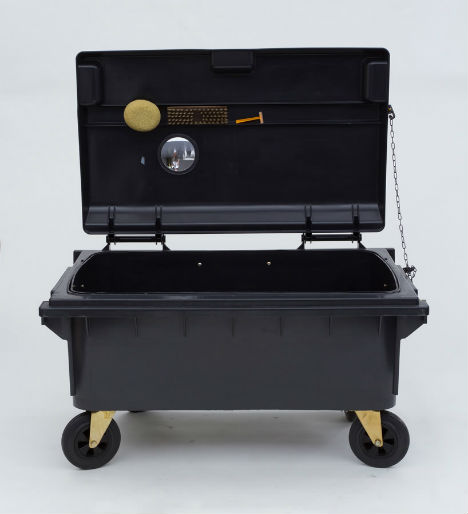 The designer created these containers for a rather bleak future in which social systems collapse and “from the ashes an aging society will rise, marked by crime, sickness and poverty.” 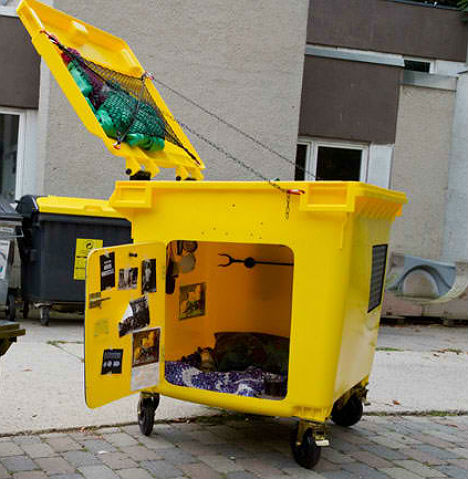 One can only imagine that Stingl is being satirical when he states, “Essentially, these ‘living containers’ testify to an active and creative lifestyle for the old age without compromises.” It’s hard to ignore the implications of placing the homeless and elderly in trash containers. However, this concept isn’t much different from many other economical ideas for homeless housing, which can also be used as emergency shelters in the event of a disaster.