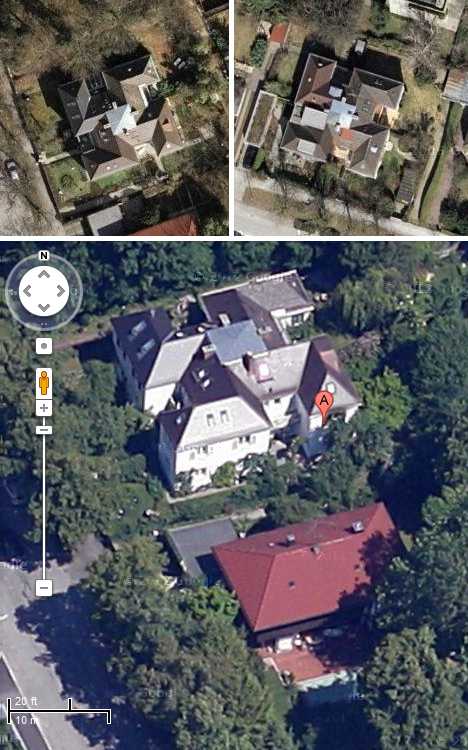 Built in 1934, the “Swastika Estate” at Hanfstaenglstrasse 16 and “Swastika House” on the Donaustrasse were designed to save on construction costs at first and heating expenses later – that’s his story and he’s sticking to it. Each location features four linked houses which, if their appearance on Google Maps is any indication, remain occupied and in good shape after nearly 80 years. “A friend’s mum actually lived in one of the “arms’ of the house on the Donaustrasse,” According to one commenter who happened to come across posted images of these homes, “I visited there a couple of times – there is no way you can tell from the outside that you’re entering a gigantic swastika.” 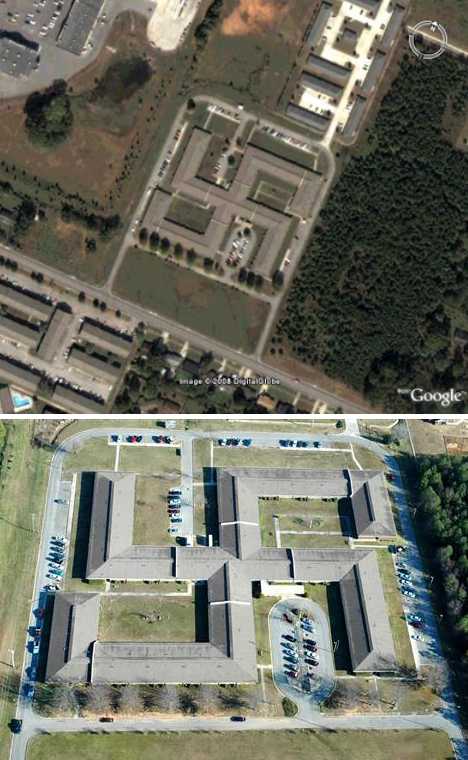 Designed in the mid-1970s and completed in 1980, the Wesley Acres Methodist Retirement Home in peaceful, sleepy Decatur, Alabama is a sterling example of your tax dollars at work! Established by the HUD who also partially subsidize rents, the facility consists of 96 one-bedroom units and 4 two-bedroom units. All well and good, until someone decides to check out the place on Google Maps… DOH! 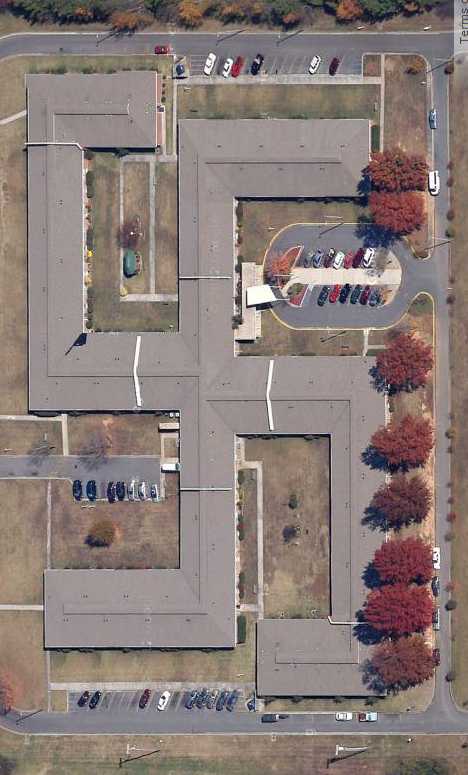 Though the approximately 120 mainly low-income residents of the home are (or at least, have been) oblivious to its shape, non-residents such as the late Democratic Sen. Howell Heflin and Israeli-American researcher Avrahaum Segol spearheaded a vocal push to modify the facility’s blueprint. The latter claimed that the building’s shape was intended to pay homage to German scientists brought to nearby Huntsville after World War II to work on America’s budding space program but Mike Giles, counsel for the Methodist Homes Corp. of Alabama and Northwest Florida responded that “It was certainly not intentional,” and that the building was originally supposed to be much larger. In the event, two extensions were added to the building though whether the swastika-shape of the home was affected is debatable. 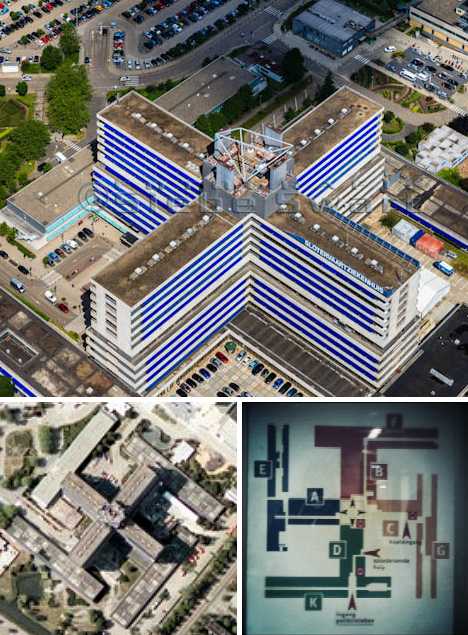 Built from 1971 to 1976, the Slotervaart Ziekenhuis (Slotervaart Hospital) looms over western Amsterdam’s Tuinstad Slotervaart (garden city) neighborhood. The building’s resemblance to a swastika is only noticeable from the air, and from directly above at that. 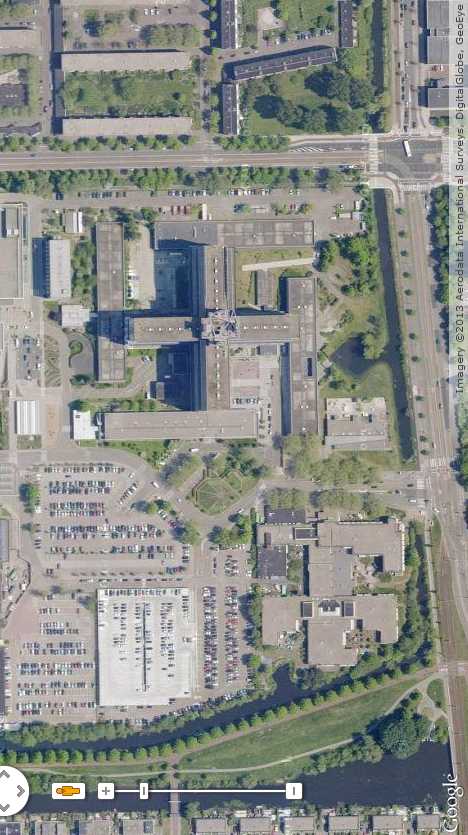 The hospital is laid out on a cross pattern with four additional long rectangular annexes connecting to each end of the much taller central cross, and with a slight overlap that negates the formation of four 90-degree angles. One may assume that even the original architects were surprised by the publication of Google Maps images showing the hospital’s interesting (to some) orientation.