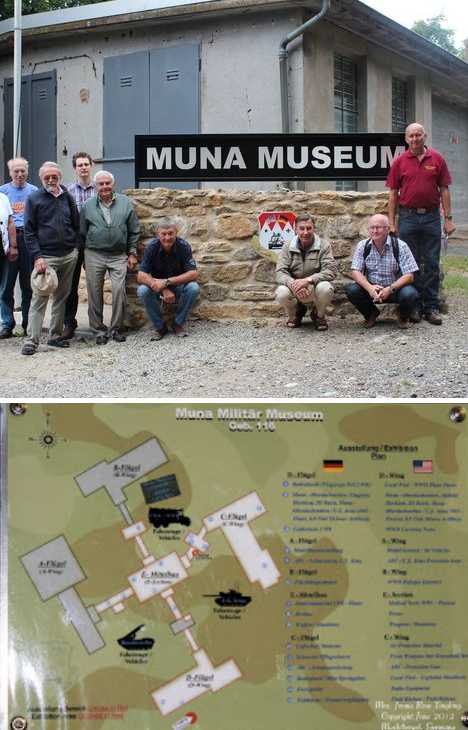 The MUNA-Museum in Marktbergel, central Bavaria, is a former ammunition plant located in Marktbergel, central Bavaria. The factory was designed in the shape of a rough swastika as this was the most effective compromise between the need to maintain a production line while keeping explosive materials as separated from one another as possible. Visitors to the museum are unaware of its overall shape unless they view one of the posted site maps. 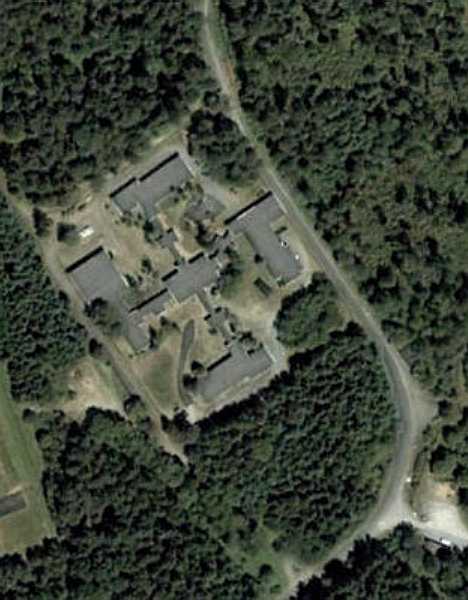 At the height of World War II, the then MUNA (Main Air Munitions Plant) saw up to 3,000 civilian workers, soldiers and forced laborers assembling ammunition for the Wehrmacht. The plant specialized in ammo for the Wehrmacht’s legendary 88mm flak guns. Considering its importance to the German war machine and its unmistakeable swastika shape, one wonders why Allied bombers didn’t repeatedly flatten the complex which seems to be in reasonable shape today. 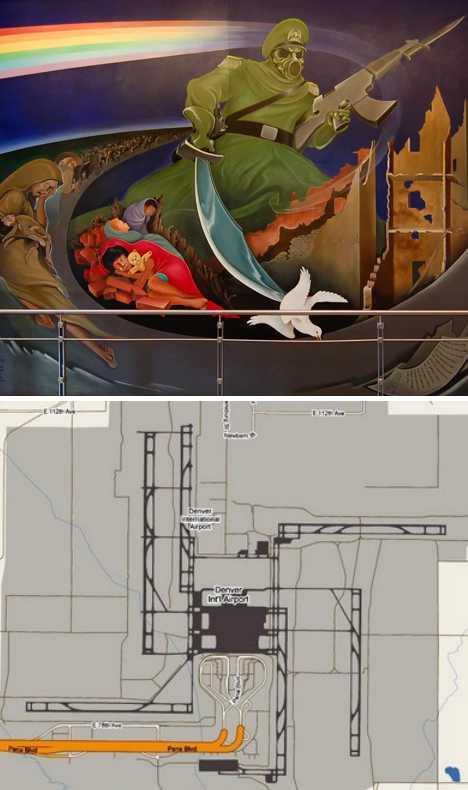 Besides being a transportation hub, Denver International Airport has been the subject of mild to wild conspiracy theories since it opened in 1995. Privately funded by the ominously-named New World Airport Commission at a cost of $4.8 billion ($3.1 billion over budget), DEN features a series of murals by Leo Tanguma that include a menacing, gas-masked stormtrooper wielding a scimitar and an AK47. Nice. 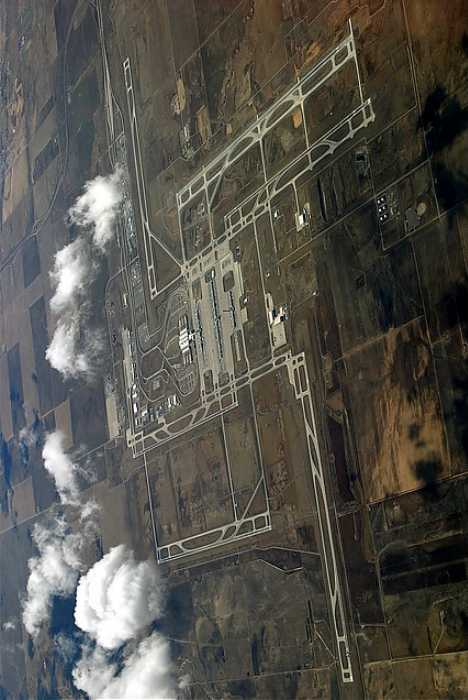 Though symbolism aplenty is to be found at Denver International Airport, even in small doses, the layout of the runways reveals another symbol writ very, very large. It may not be a perfect swastika but the airport’s runways are arranged such that planes can take off and land from any of four directions with a minimum of interference. Very efficient, no? So were the autobahns. 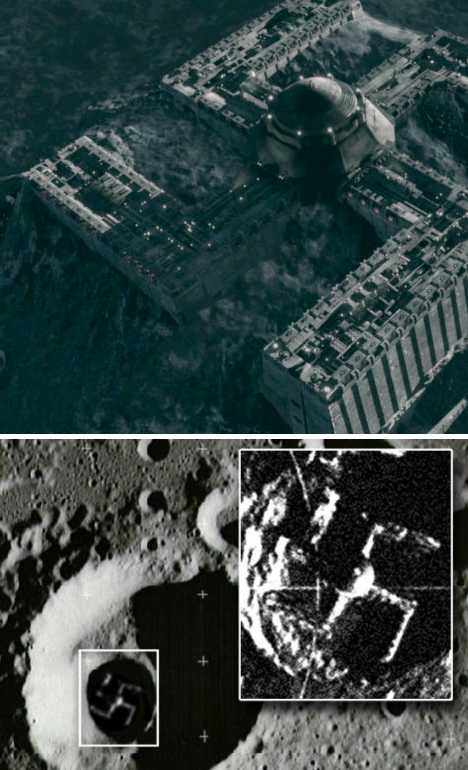 It may not be a real building (knock on wood) but it IS the ultimate swastika-shaped building: the Nazi Moonbase “Schwarze Sonne” (Black Sun) from the 2012 Finnish-German-Australian comic science fiction action film Iron Sky. 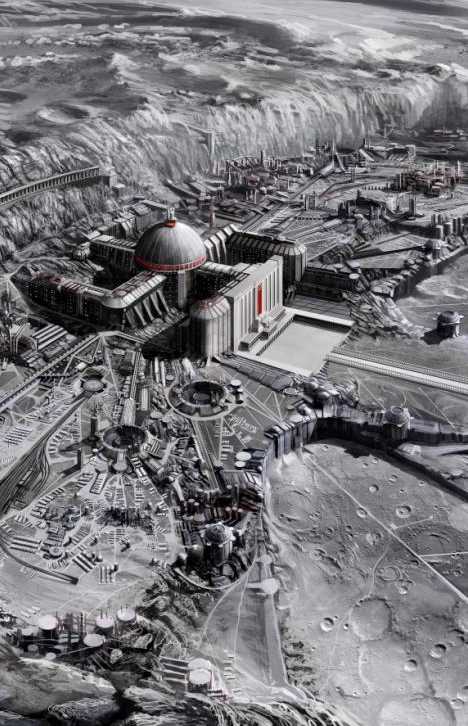 The base incorporates elements of Nazi chief architect Albert Speer’s planned monumental buildings intended to be highlights of postwar Berlin. The domed Volkshalle centers the swastika-shaped main base building while the arm opposite the crater wall resembles the Zeppelintribune at the 1934 Nürnberg party rally captured for posterity in Leni Riefenstahl’s propaganda documentary “Triumph of the Will”. Not a nice place to visit, and we wouldn’t want to live there. 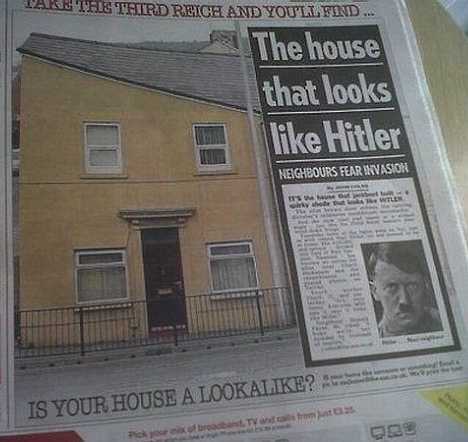 The swastika-shaped buildings described above have nothing whatsoever to do with Naziism, they’re merely “unfortunate architectural coincidences” if one can coin a phrase. The same can be said for the so-called “Hitler House” above (though it IS located in Swansea). Constructed about a century ago, the end-of-terrace, semi-detached, slant-roofed house in Swansea’s Port Tenant neighborhood narrowly escaped destruction when the Luftwaffe bombed the Welsh city’s docks during World War II. Lucky break that… or was it?