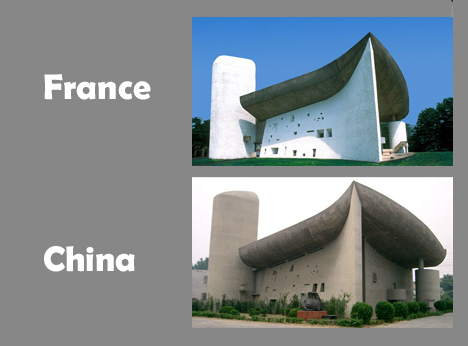 Consider what Le Corbusier would think if he were alive to see his famous church in France duplicated as a Chinese barbecue restaurant. Or imagine what an Austrian village  must feel about its entire township being copied to a lake in China. But more on that later – first: Zaha Hadid now is experiencing it all in real time, as she races to complete her original before its copycat takes shape. 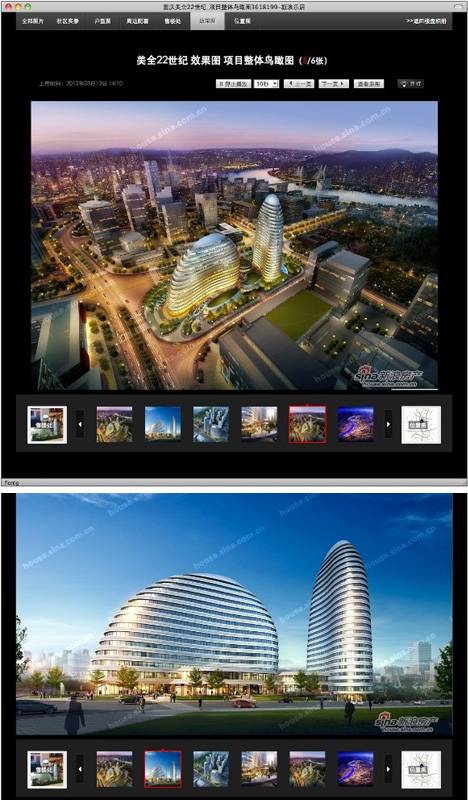 Copycats exist in all disciplines, but reputation-sensitive architects are often self-policing, as they want their work to stand out as original – but there are exceptions. Hadid’s new project is the victim of the bold copiers (above) are not only building an identical complex to her Wangjing SOHO (below). And while the developers of the legitimate project may well be able to sue, it would only be for damages – not to stop (or undo) construction. 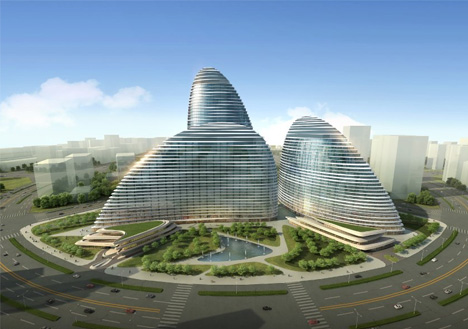 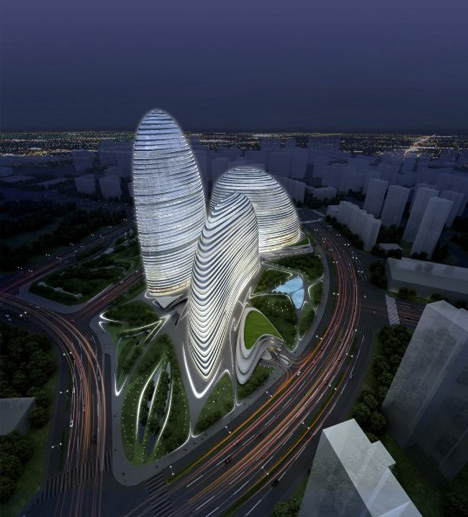 From Der Spiegel: “Satoshi Ohashi, project director at Zaha Hadid Architects for the SOHO complex that is now being cloned, said: ‘It is possible that the Chongqing pirates got hold of some digital files or renderings of the project.’ From these, he added, ‘you could work out a similar building if you are technically very capable, but this would only be a rough simulation of the architecture.'” 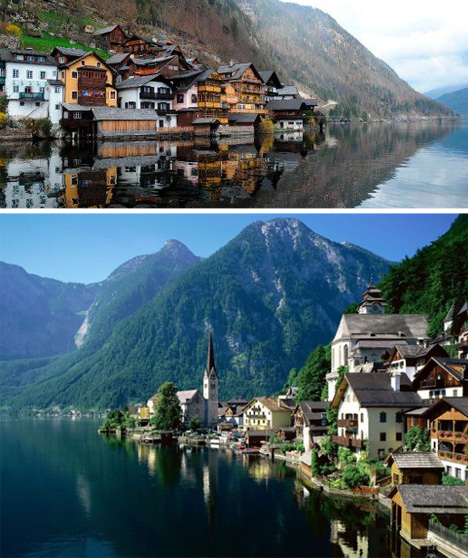 As for the aforementioned village: Der Spiegel covered this strange phenomena a while back as well. Pictured above is the Chinese copy (top) of the Austrian original (bottom). Architects from China, passing as tourists, simply documented the entire town of 800, and, without permission, planned to replicate it back home as part of a large development. This may, of course, turn into a mixed blessing in the end – after all, it will almost certainly boost tourism as people experience the copy and seek out the original.