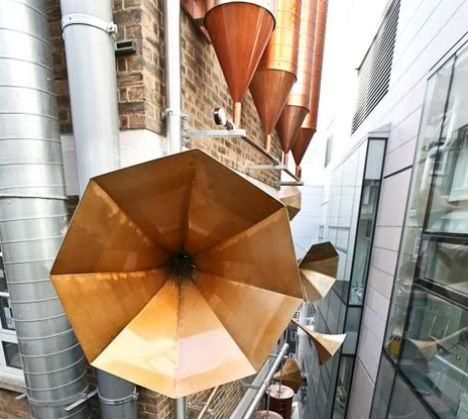 Children at London’s Great Ormond Street Hospital can enter a secret courtyard, stand beside a convoluted system of copper pipes and horns, and listen to the sound of soft lullabies. This musical art installation was created by Studio Weave to fill a narrow, otherwise unusable space created by the construction of an adjacent building. 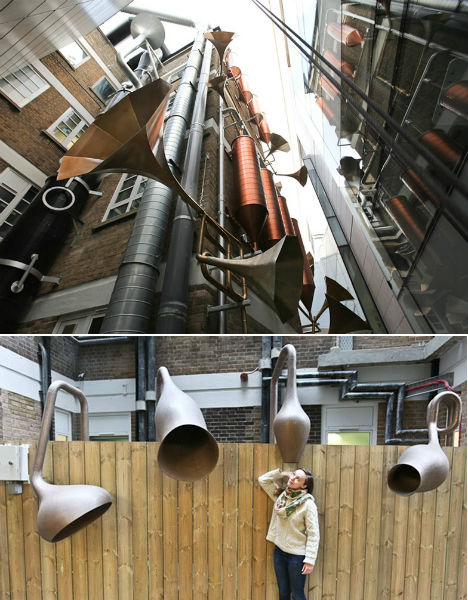 Inspired by the pipes and drainage systems that already cover the brick facade of the historic hospital building, Lullaby Factory creates visual interest, pays tribute to the 19th century origins of the structure and provides a comforting function for young patients. 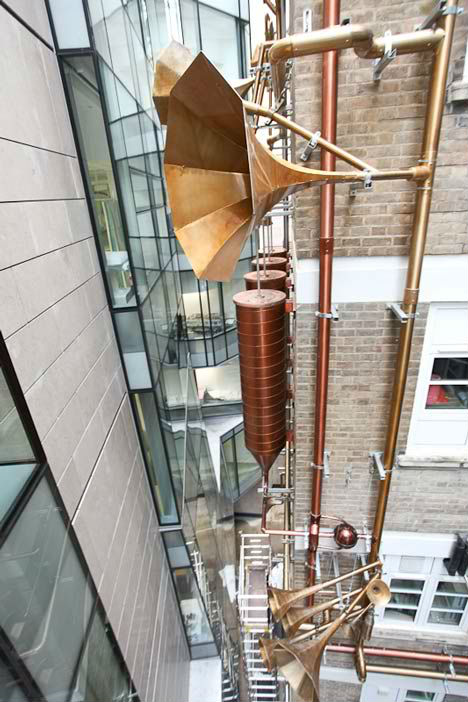 The installation reaches 10 stories high and is made of metal pipes in shades of silver, gold, copper and bronze; some of the components were recovered from a decommissioned hospital boilerhouse. Patients who can’t make their way outside into this magical little world between buildings can listen via radio from their rooms. 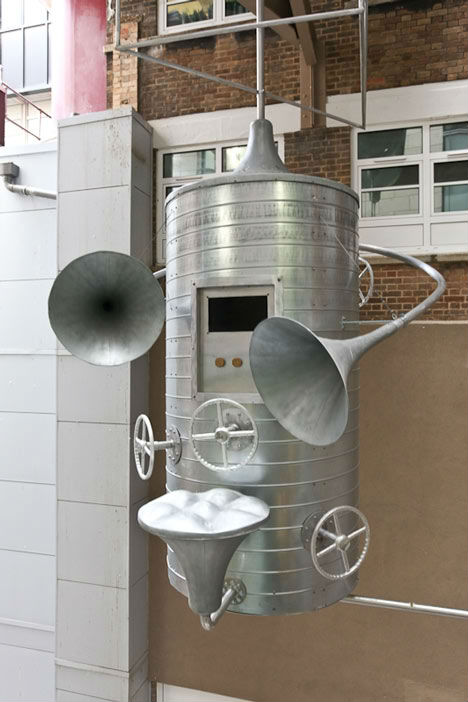 The installation will remain in place until the demolition of the aging building, scheduled for 2028. Say the designers, “Our aim for this project was to re-imagine the Southwood façade as the best version of itself, accepting and celebrating its qualities and oddities; and rather than hiding what is difficult, creating something unique and site specific.”