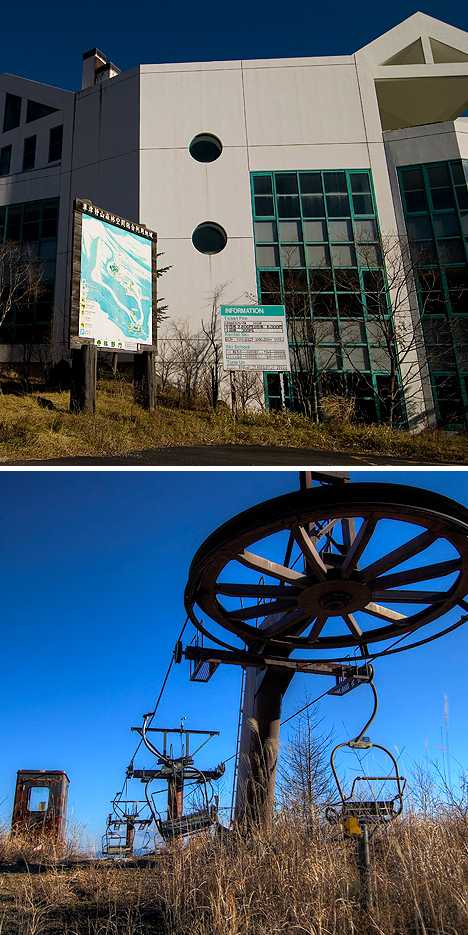 If not for the moldy basement, scattered old newspapers and a smattering of broken windows, it’s hard to be sure if this unnamed (for its protection) Japanese ski resort is actually abandoned. According to the ruins explorers at Mike’s Blender who snapped these images and entered through the aforementioned broken windows, however, this is one ski resort that’s definitely reached the last resort. 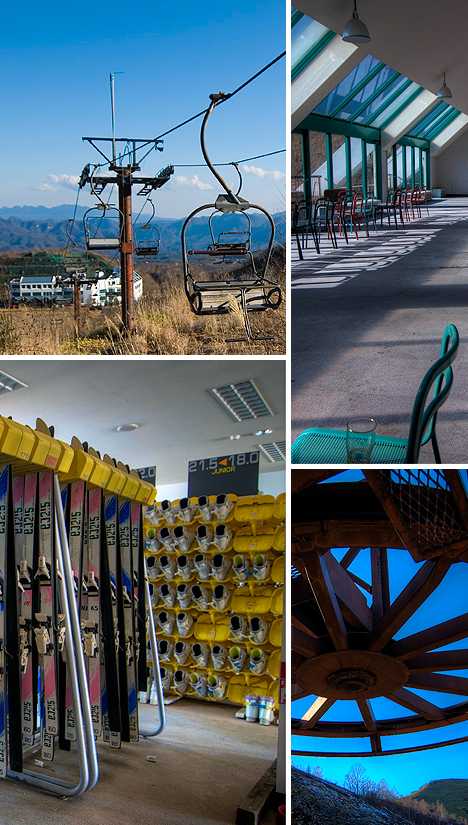 The main building is stocked with furniture and the storage racks are fully stocked with skis and boots – finances must have been seriously desperate if the option of selling this equipment wasn’t explored or acted upon. The lift equipment outdoors has suffered more from the rigors of the weather and though the building could easily be repaired, the lifts are a different story entirely. 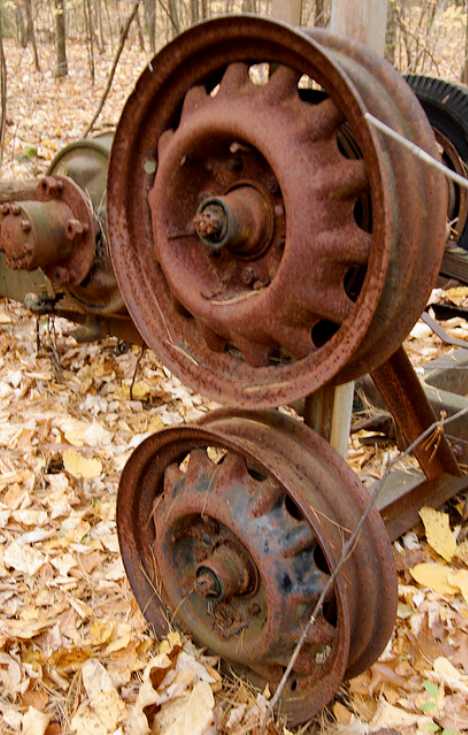 Ski resort equipment takes on a “fish out of water” appearance in any non-snowy season and the rusty ravages of time, weather and neglect add their own special layers of patina. This seized-up rope tow drive mechanism from the abandoned Snake Hill Ski Area near Berlin, Massachusetts, was captured beautifully by Flickr user Drummerboy1214 in October 2008. 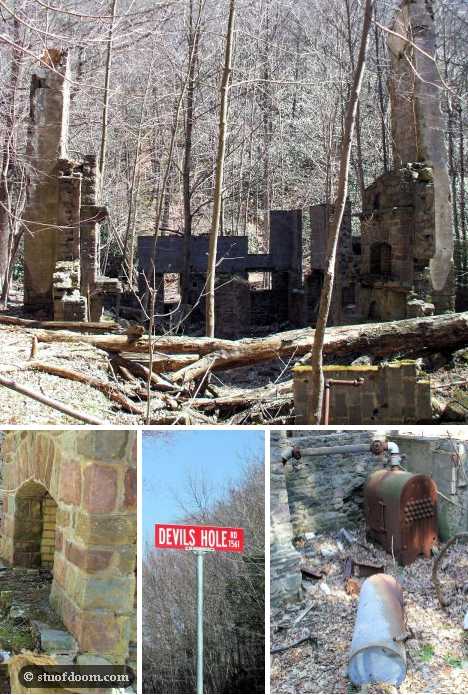 (images via: The Wanderer)

Off Devil’s Hole Road in the hilly Paradise Valley area of Monroe County, Pennsylvania, lie the mouldering ruins of an ancient and seemingly quite luxurious ski lodge. The main building features elaborate stonework that must have been very labor-intensive – both to build and to transport to the site. Rusting radiators and water heaters indicate the lodge dates from roughly mid-century. 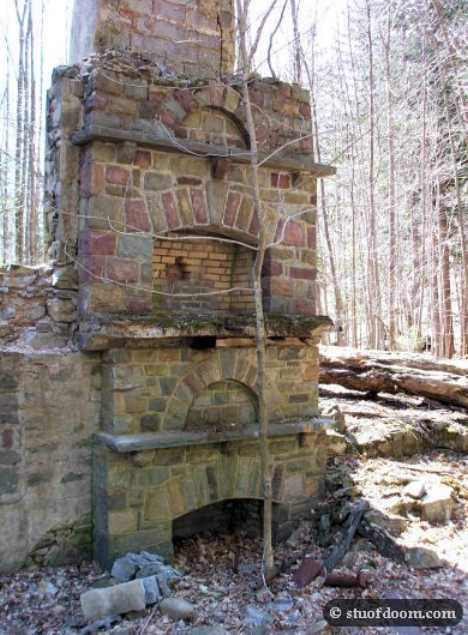 (image via: The Wanderer)

Twin double fireplaces on the main building’s opposing walls would have created a toasty, welcoming atmosphere for skiers fresh off the slopes. When did the lodge’s owners close the doors and shutter this charming winter retreat? Maybe the Devil made ’em do it. Kudos to Stu Of Doom for documenting what’s left of the lodge for future reference.