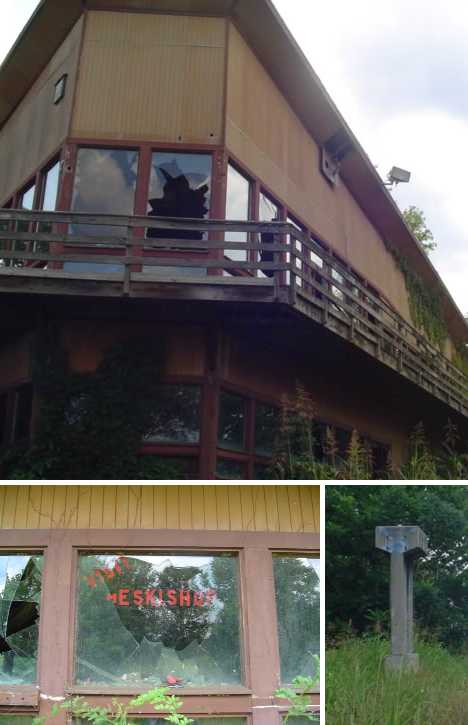 Thirty-odd years ago, somebody thought it would be a great idea to build a ski resort in Kentucky and since government funds would be paying the freight, Ski Butler! was duly built at General Butler State Park. Boasting one triple chair lift, two double chair lifts and a rope tow, Ski Butler! offered skiers a 600-ft vertical and 25 skiable acres. 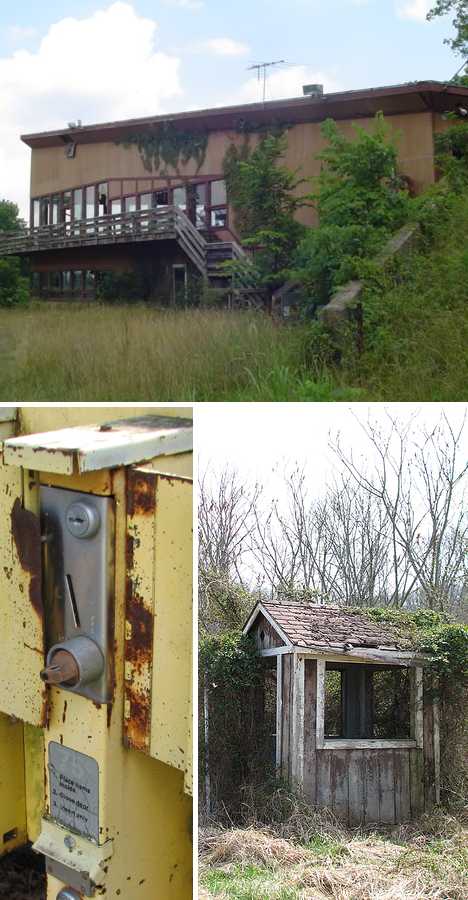 (images via: CrownVic.net and Berzerker97)

Alas, Ski Butler! lacked just one thing… you guessed it, snow. After opening in 1982 and struggling to maintain snow cover by natural and/or artificial means, Ski Butler! finally stopped defying nature and shut down for good in 1996 or 1997. These images record the abandoned resort’s last days before being completely demolished and serve as one more example of your tax dollars at work. 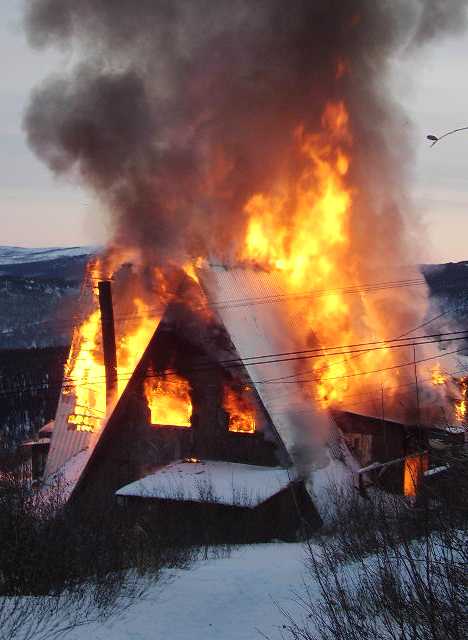 (image via: The Edventures (Ed Plumb))

The abandoned Cleary Summit Ski area has seen no less than three ski lodges go up in flames over its long history, and Ed Plumb happened to be in the right place at the right time when the most recent lodge gave up the smoking ghost in 2008. Built in 1960, the lodge had sat abandoned since 1993 and it’s likely a squatter trying to keep warm was responsible for the unfortunate though spectacular conflagration. 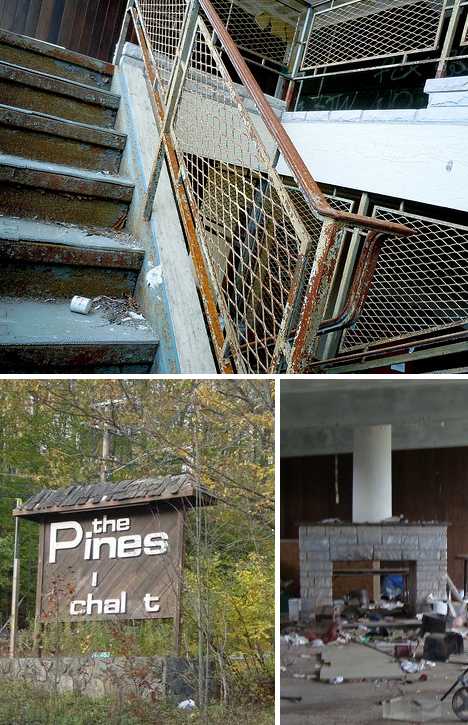 (images via: Piggyfork and Colleen Kane)

Opened in 1933, closed in 1998 and virtually abandoned with very little maintenance since then, the once prestigious The Pines Golf and Ski Resort in South Fallsburg, New York was one of the more famous Catskill mountain “Borscht Belt” resorts. The all-season resort offered winter weather recreation enthusiasts a modest ski run and a skating rink, both now fallen into deep decay. 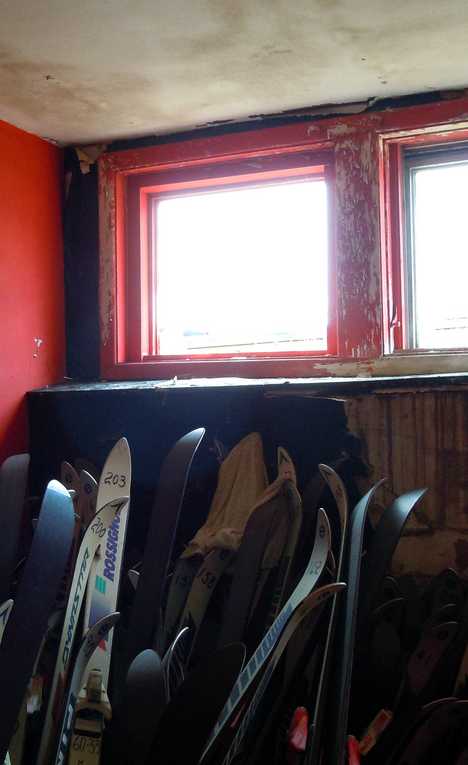 The Pines may be gradually decaying but its initial abandonment appears to have been sudden – skis still stand, stacked neatly amid the moss and peeling paint. Vandalism and graffiti are minor at the moment but like the moss, it too will grow in time. 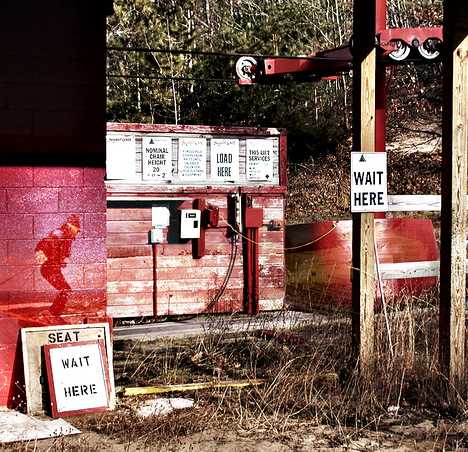 The fact that skiing and snowboarding are high-speed sports just makes the frozen silence of abandoned ski resorts and lodges seem even eerier. Their locations in mountainous areas often difficult to access means their rusting, peeling and fading remains will stay where they are season in and season out… ‘snow kidding.