Considered an early pioneer of glitch art as well as the very first video artist, the late Korean American artist Nam June Paik was always ahead of his time. Known for making robots out of television sets, Paik – who coined the term ‘electronic superhighway’ long before the internet was invented – created videos that embraced the flaws of the technology as part of his artistic statement. 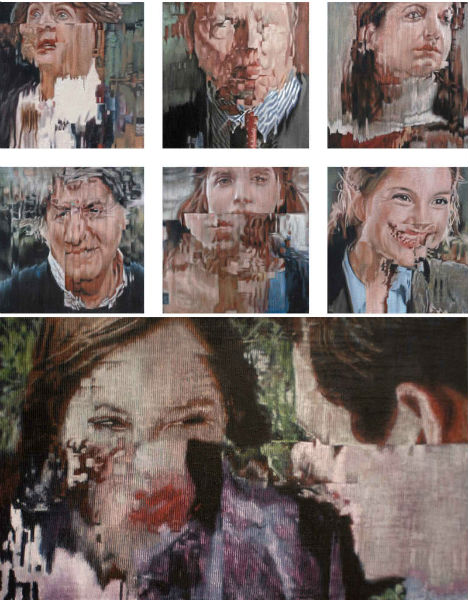 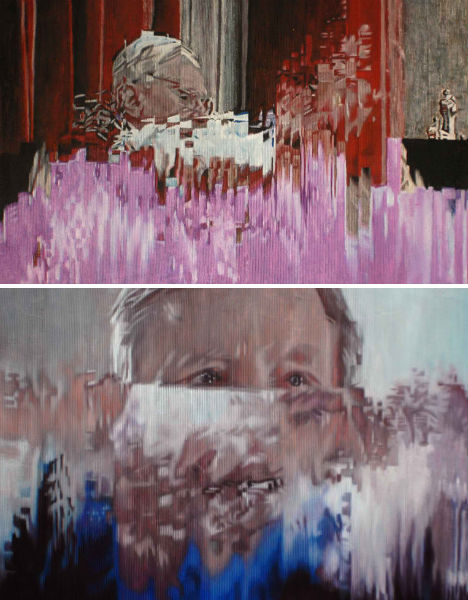 Inspired by distorted satellite images, Jens Hesse’s paintings are surreal and fragmented. Adding to the illusion is the fact that Hesse paints on corduroy fabric, creating those vertical lines. 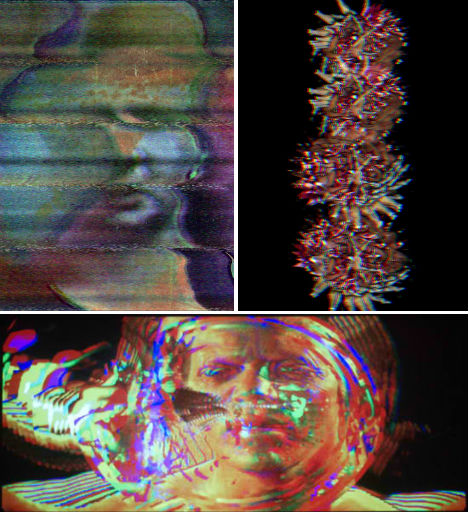 New York-based artist and musician Yoshi Sodeoka marries his love for both mediums of expression in psychedelic glitch-ridden videos as well as graphics and abstract installations. Check out some of his music videos above. 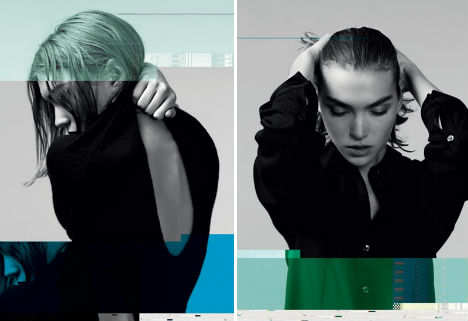 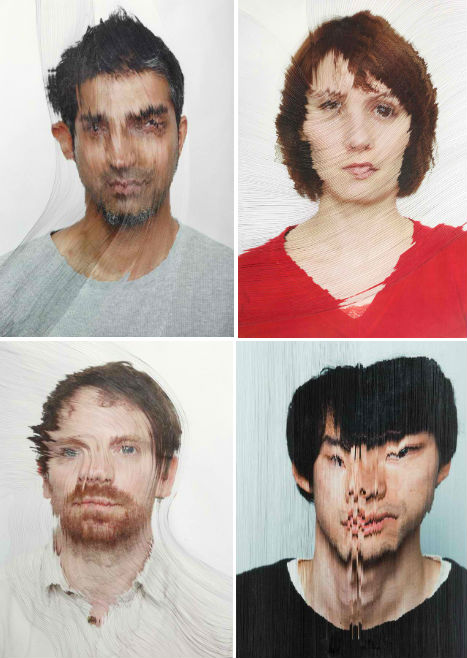 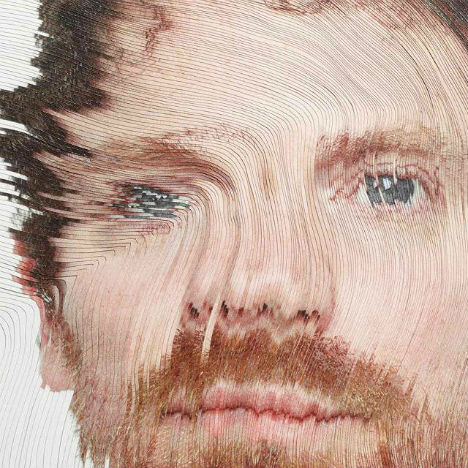 Artistic duo Ryuta Iida and Yoshihisa Tanaka may not have set out to produce glitch art, but the results of their ‘Misunderstanding Focus’ series of photographs have a similar effect upon us. Each image of an individual is actually many images – dozens taken over a three-minute period while the subject is asked to stay still. The resulting warped photographs record every little tick, every minute sway of their head or twitch of their eye.