The shifting sands of time have been hard on this abandoned lifeguard hut at Hecksher State Park in East Islip, New York. Captured in its present “lean” mean state by photographer Ghoststalker66 on January 16th, 2013, we could either blame Superstorm Sandy for the hut’s decidedly slanted outlook or the New York State Parks Department for being cheapskates. 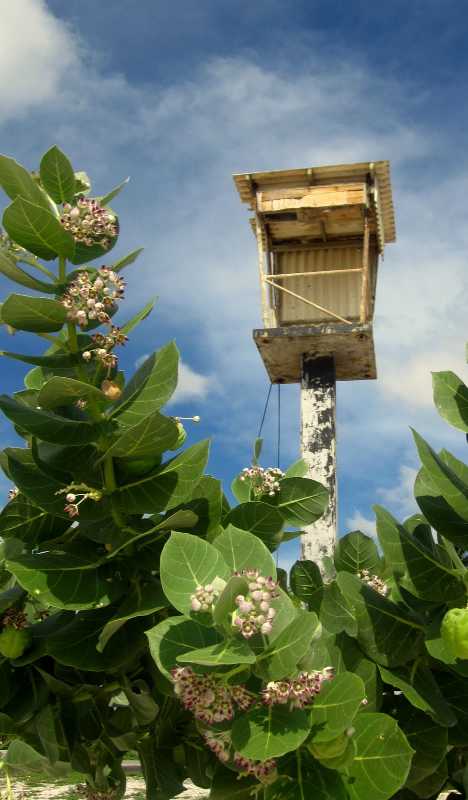 Just like lifeguards, lifeguard towers come in all shapes and sizes. This particular tower at Eagle Beach on the Caribbean island of Aruba epitomizes the tall, slim and minimalist type. As the next best thing to sitting on a flagpole all day, working out of this cramped lifeguard tower had to be someone’s worst nightmare… assuming that someone suffered from both claustrophobia and acrophobia. 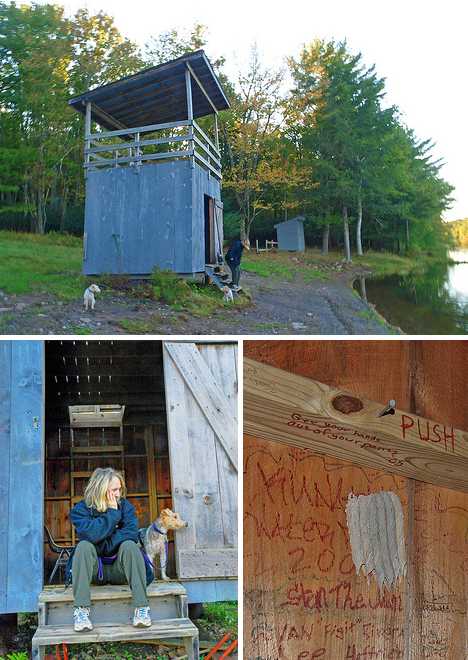 Abandon hope all ye who enter Ten Mile River Scout Camp in Tusten, NY if you plan on swimming in Rock Lake – the abandoned state of the lifeguard tower ensures rescue is not in the offing. Kudos to Steve Guttman NYC for capturing these captivating images of the faded blue, fading fast wooden structure. 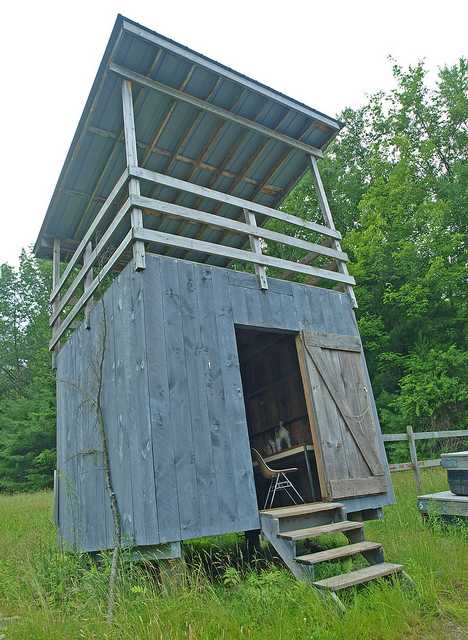 Though definitely abandoned by humans, other species (wasps, to be exact) are finding the Ten Mile River Scout Camp lifeguard tower ideal for their needs. Perhaps coincidentally, the activities of those other opportunistic species are helping to ensure the original builders will stay far, far away. 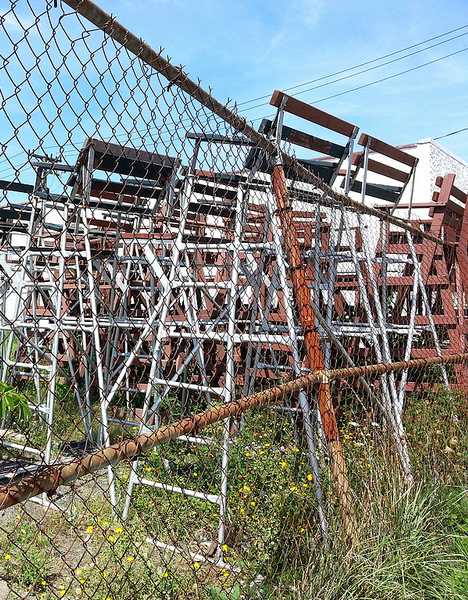 Where do old abandoned lifeguard towers go to retire or should we say, rust in peace? According to the image above, it’s Arverne on the Rockaway Peninsula in Queens, New York City. Then again, considering the damage and destruction visited upon Rockaway by Hurricane Sandy a mere two months after Matt Green snapped this image, maybe “protective custody” better defines their status.