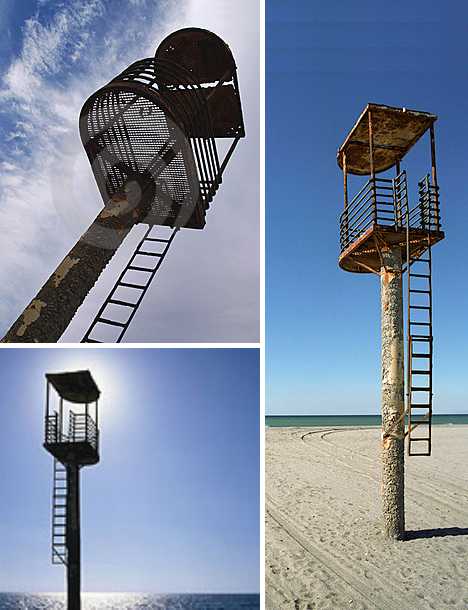 Cabo de Gata in Almeria, Spain is where you’ll find this rusting relic of better days on the beach – even climbing the ladder puts one at risk of catching tetanus. The historic stretch of Spanish Riviera sand has warranted being watched over for many centuries albeit for various reasons: the threat of foreign invasion, storm-battered returning fishermen and Speedo-wearing overconfident tourists to name just a few. 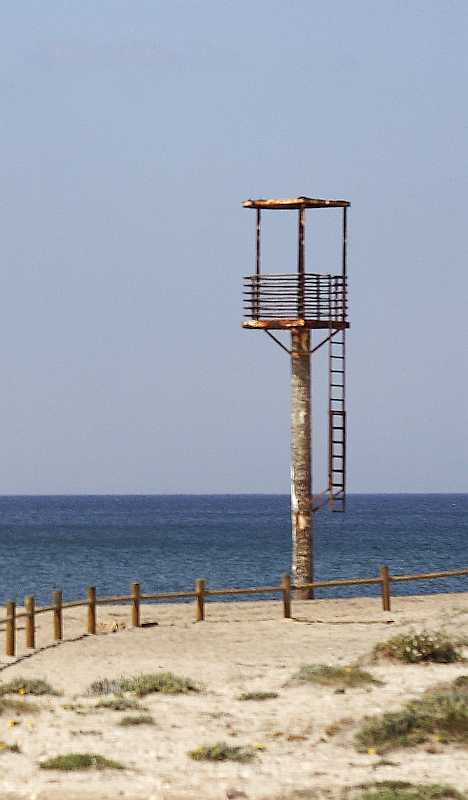 It may be the poster child for low-maintenance lifeguard infrastructure but even ultra-minimalist installations need a little TLC now and then… and this one’s not getting any. Is the problem a lack of lifeguards or an improvement in tourists’ swimming skills? Maybe both. 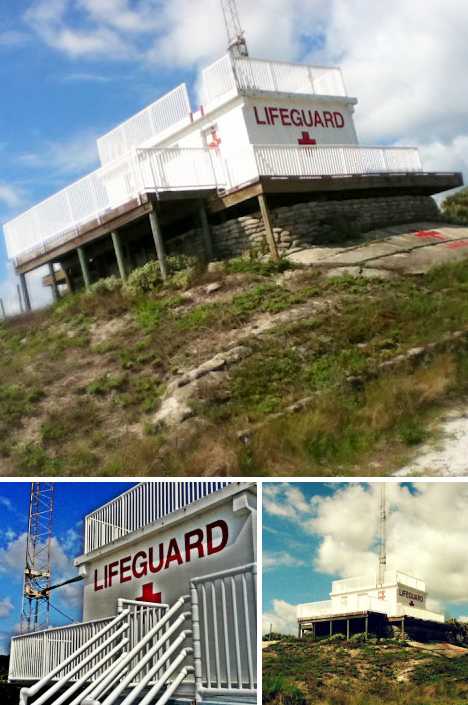 Hannah Park in northeastern Jacksonville, Florida is located directly next to Naval Station Mayport on the state’s Atlantic ocean coast. A mile and a half long beach beckons swimmers and boaters from miles around and a solidly-built lifeguard station watches over the seaside scene for safety’s sake… except when it’s abandoned, which it lately appears to be. 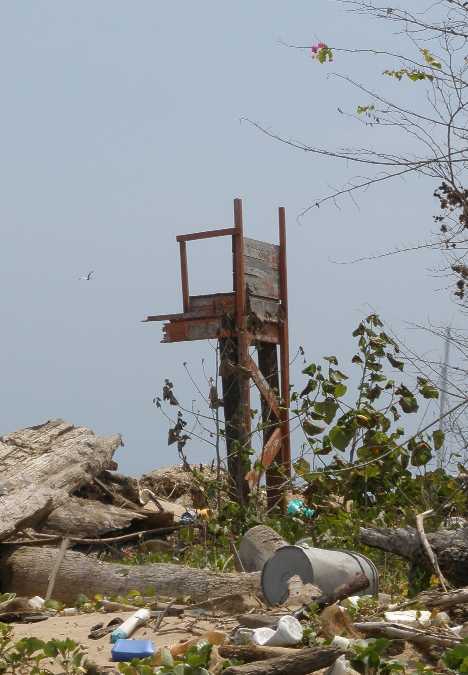 (image via: The Lost Paradise)

Isla Taboga was discovered by the Spanish explorer Balboa in the early 16th century but it remains virtually unknown to and unvisited by the vast majority of travelers these days. Could this tourism blind spot have led to the demise of the Hotel Taboga and its associated facilities? Timothy Davis, a return visitor to Isla Taboga, captured the resort’s abandoned lifeguard tower quietly crumbling away amid an ugly expanse of flotsam and jetsam.