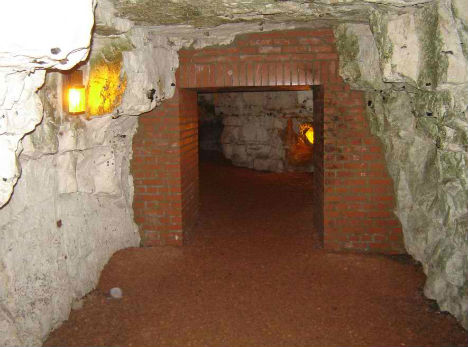 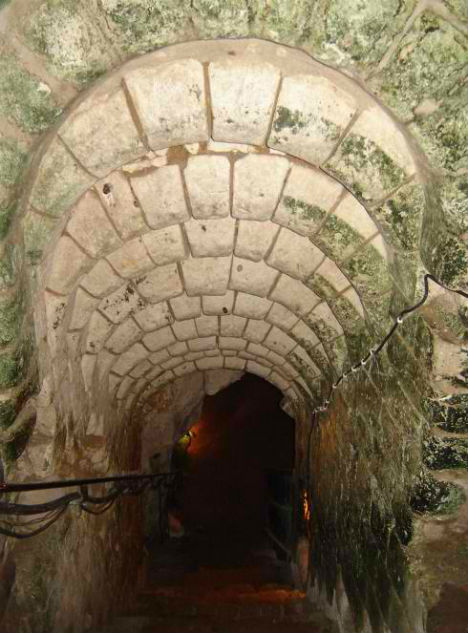 The small French town of Arras found itself on the front lines of World War I in 1914, with Allied forces having nowhere to go above ground to make progress against the Germans. So they hired miners from New Zealand to dig deep into the soft chalk beneath the town, creating a network of tunnels linked to pre-existing medieval ones. Together they were capable of holding 24,000 people. These tunnels had electric lights, kitchens, a rail system and a hospital; in 1917, they became the secret weapon of the Allies, as troops streamed out of them in a surprise attack. They were ‘rediscovered’ in 1996, and now include a museum. 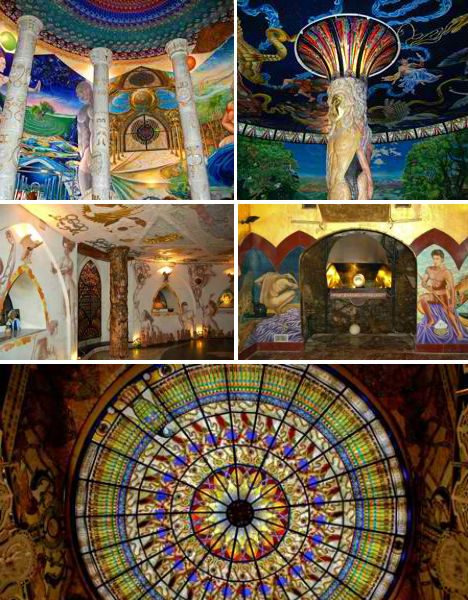 One hundred feet underneath a modest, unassuming home in the northern Alps of Italy lies a vast, intricately decorated system of temples so impressive, the Italian government dubbed them the Eighth Wonder of the World after their discovery. But these temples aren’t remains of some ancient society. They were built starting in 1979 by a 57-year-old former insurance broker inspired by a childhood vision.

Oberto Airaudi claims to have experienced visions of dazzling temples, which he attributed to past-life memories, since he was just a boy. He explained later that his goal was “to recreate the temples from my visions.” Together with a group of friends who supported his quest, Airuadi used hammers and picks to dig out the stone from beneath his hillside home, sharing their idea with like-minded people. Volunteers from around the world soon joined in.

Today, there are nine chambers filled with murals, mosaics, stained glass, carved columns and a hall of mirrors. Word got to authorities by the ’90s, and the illegally-built temples were ultimately seized by the Italian government. Eventually Airaudi and his fellow builders were given retro-active permission, and now, the temples are open to visitors.

The U.S. Government’s Hidden Bunkers and Other Facilities 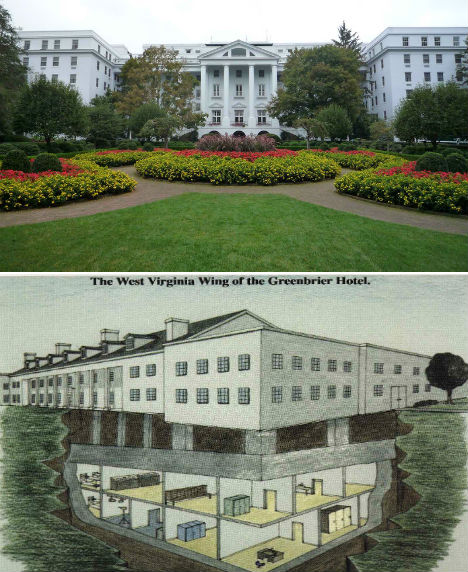 In an expose entitled ‘A Hidden World, Growing Beyond Control,‘ The Washington Post revealed the existence of an alternative geography of the United States made up of thousands of secret government facilities hidden from public view. The paper’s two-year investigation found that ‘Top Secret America’ includes 1,271 government organizations and 1,931 private companies working on programs related to counterterrorism, homeland security and intelligence, in about 10,000 locations around the country. In Washington D.C. alone, 33 building complexes occupying the equivalent of almost three Pentagons house top-secret intelligence projects.

Conspiracy theorists have long warned of secret prisons and other government facilities located throughout the country, and they’re probably not far off the mark. But not all of these facilities, real or imagined, are ominous. One of the most notable examples of secret government architecture that have already been revealed is the bunker at The Greenbrier, a luxury resort in West Virginia.

Code-named ‘Project Greek Island’, the massive underground bunker beneath Greenbrier was built to serve as an emergency shelter for members of the United States Congress during the Cold War. It was kept stocked with supplies for thirty years, but never actually used for an emergency. The Washington Post revealed its existence in a 1992 news story, and since then, it has become an attraction; visitors can take a tour.