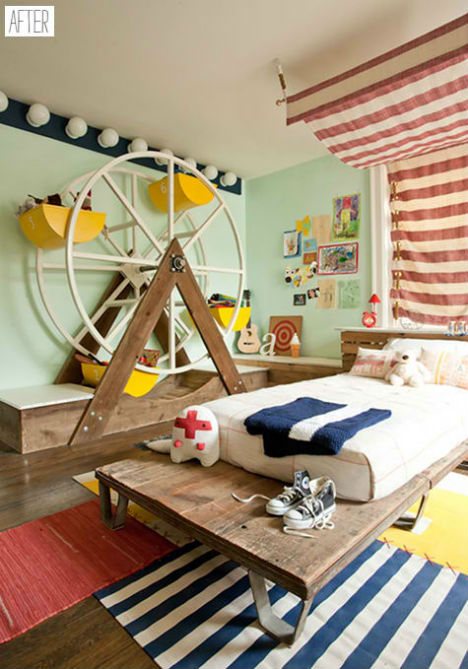 An ordinary bedroom is now one child’s very own carnival with the addition of a huge ferris wheel. Unfortunately, it’s not actually to ride in – it’s a creative way to store toys, though it does spin. But it’s an intriguing part of a colorful bedroom with a playful theme.

Concrete Slide in Place of Stairs 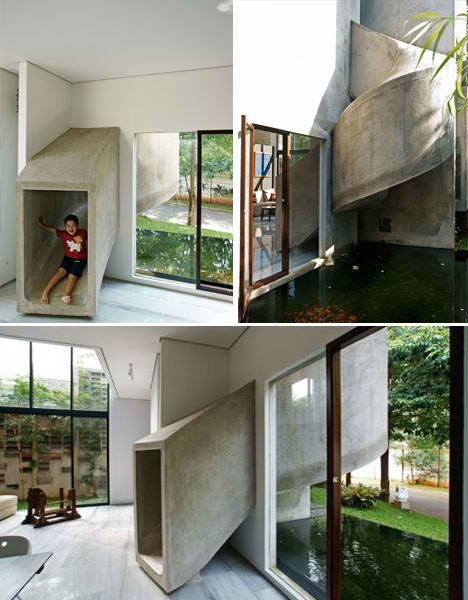 This slide isn’t just a fun addition to a contemporary house in Indonesia by Aboday Architects. It’s a beautiful architectural element of the home, spiraling down into the main living area. Best of all, it’s big enough for adults. 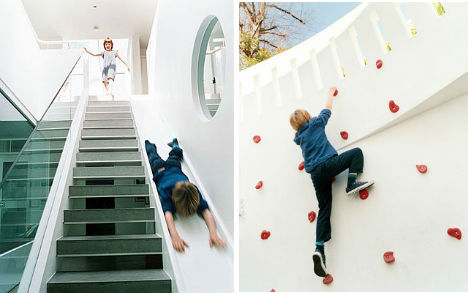 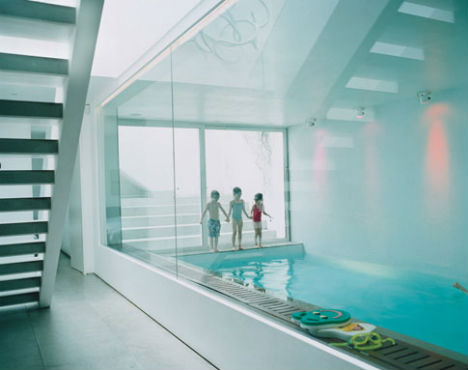 Architect Alex Michaelis came up with a creative way to get around height restrictions when building his own London home, making it partially subterranean. The modern, eco-friendly home includes a climbing wall, a slide alternative to the stairs, and an indoor pool. 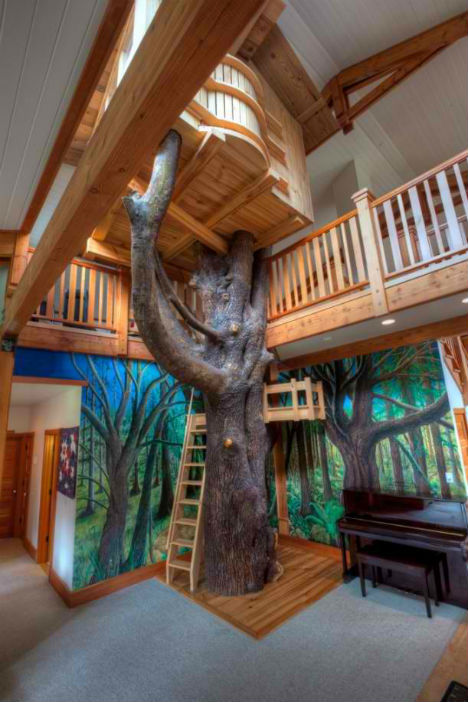 A sprawling mansion on Washington’s Bainbridge Island, just across the Puget Sound from Seattle, gives kids a fun way to feel like they’re playing outdoors during the region’s many rainy days. A real tree elevates a full-sized treehouse within the kids’ area of the home. 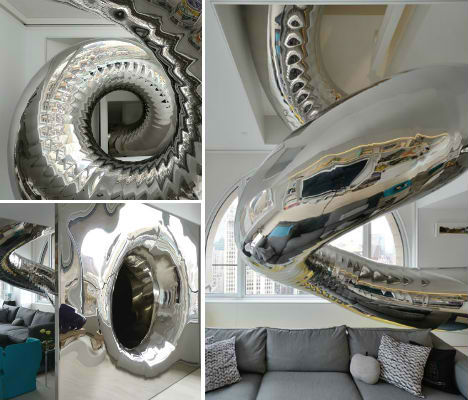 As much a work of modern art as it is a fun and functional way to get around, this tubular slide swirls through four stories of a renovated 19th-century penthouse in New York City. The home also features climbing surfaces, a swing that dangles high above the living space, and a treehouse-like ‘nest’ accessible by a bridge.

House with a Homemade Rollercoaster 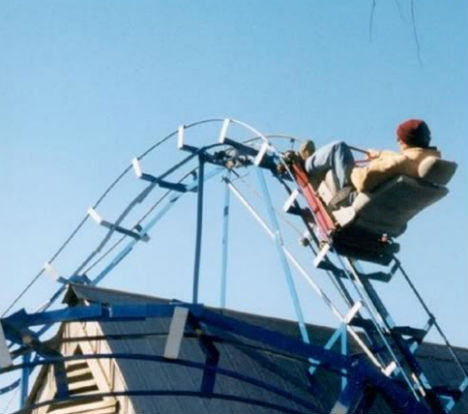 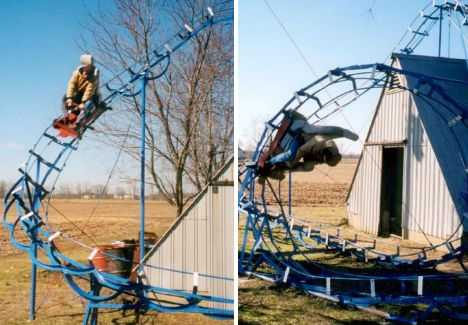 How would you like to have a roller coaster in your own backyard? Jon Ivers created his own homemade roller coaster called Blue Flash, which has a 360-degree loop. The seat itself appears to have been made from a salvaged car seat. 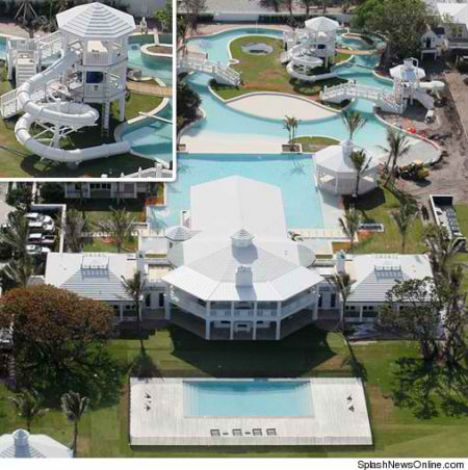 If you’re a multi-millionaire like Celine Dion, you can have your very own lavish backyard waterpark. The singer’s $20 million mansion on Jupiter Island in Florida features a 500,000-gallon aquatic playground with a massive spiraling slide.