A Russian retiree’s beautifully painted satellite dishes do double-duty as works of art and functioning receivers for the orbiting descendants of Sputnik. 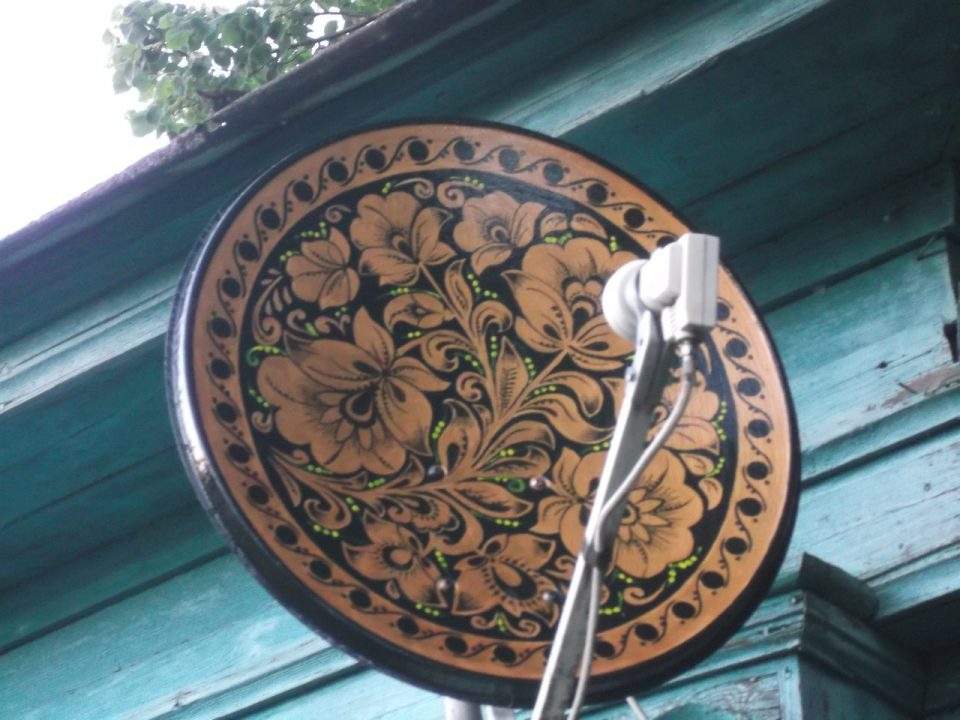 Russia knows satellites: the success of Sputnik-1 in late 1957 shocked the world and jump-started the Space Race. Fast-forward six decades and Yuri Kuznetsov, a retiree from the Ivanovo region, is compelling the world to appreciate Russia’s love affair with satellites once more… though in a much more down-to-earth manner.

When Kuznetsov retired from his career as a sailor, he returned to his small home village of Voznesenye. Like far too many retirees, however, he soon found that being at rest day after day was making him, er, restless. What’s an old salty seadog to do? 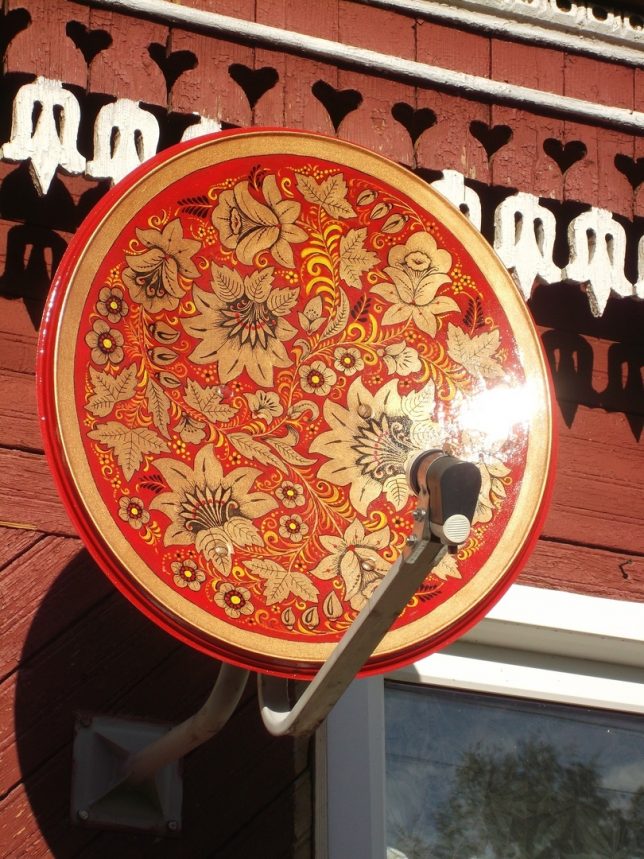 Friends advised Kuznetsov to take up a hobby as a way of keeping himself busy. Having once been a painter – art, not houses – he figured he’d dust off his palette and crack open the ol’ paintbox. The only question left was… what should he paint? The answer came to him from above. Not TOO far above, mind you, just about rooftop level. Like, the place where people mount home satellite receiver dishes. Cue mental lightbulb!