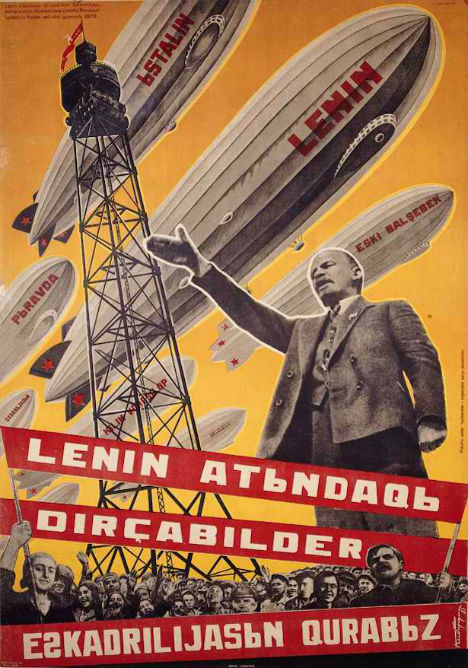 (image via: the atlantic)

Before the invention of the airplane, airships seemed like the future of flight. The ‘Golden Age of Airships’ began in 1900 with the launch of the Luftschiff Zeppelin LZ1. The Ladies Home Journal article half-correctly predicted that in 2001, “there will be airships, but they will not successfully compete with surface cars and water vessels for passenger or freight traffic,” leaving out the possibility of other types of air travel. However, it notes that “they will be maintained as deadly war vessels,” imagining aerial warships hiding themselves with dense, smoky self-produced mists as they fly over cities and shoot them to oblivion with giant guns that can shoot twenty-five miles or more. It seemed that the dangers posed by these aerial warships would require bomb-proof, steel-roofed forts on wheels that can “dash across open spaces at the speed of express trains today.”

Of course, airships proved to be less than safe and reliable once they were actually used in war, starting in the Italo-Turkish War of 1912 and peaking during World War I. Zeppelins were imposing, and useful for scouting and bombing, but airplanes replaced airships as bombers by the end of the war. Disasters like the Hindenburg hastened airships’ decline. Airships are still occasionally used by the military, however, though the U.S. Army recently canceled a major airship project that was in the works. 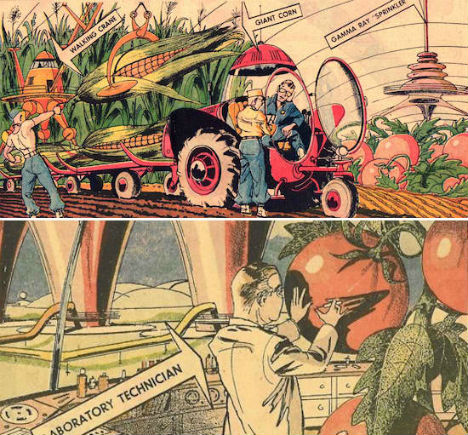 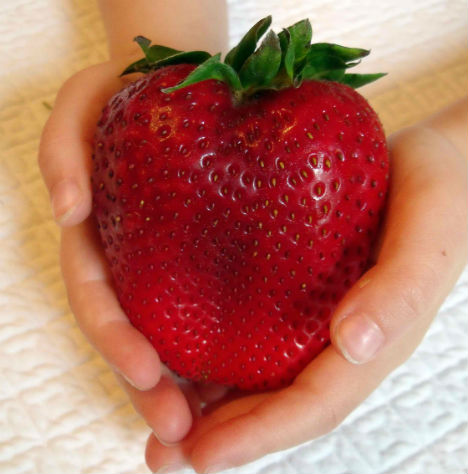 What was the deal with the early 20th century fascination with monstrously oversized foods? It seemed, at the time, that rapid innovations would make 20th century farming a high-tech enterprise. Some of the ideas about food grown in massive artificially lit and heated greenhouses, or getting seasonal produce from warmer climates in the Southern Hemisphere during the winter, are right on the money. But the Ladies Home Journal article also bizarrely predicts “peas as large as beets” and “strawberries as large as apples” eaten by “our great-great-grandchildren for their Christmas dinners a hundred years hence.” Cranberries would be as large as oranges, and a single cantaloupe could feed an entire family. In another article from 1913, futurists predicted that we’d be eating giant radioactive frog steaks.

Giant food was also predicted in the Sunday comic strip “Closer Than We Think”, with visions of tomatoes too big for a single person to carry. It’s unclear exactly how food this big would even be eaten. Of course, we do have regular competitions for growing gigantic produce, and some varieties of fruit that grow much larger (and blander) than their average counterparts, but it’s more of a novelty than a serious idea for feeding the masses.  Instead, we have genetic engineering.

People Can See and Talk to Each Other Across the World 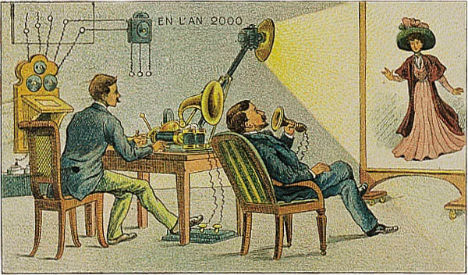 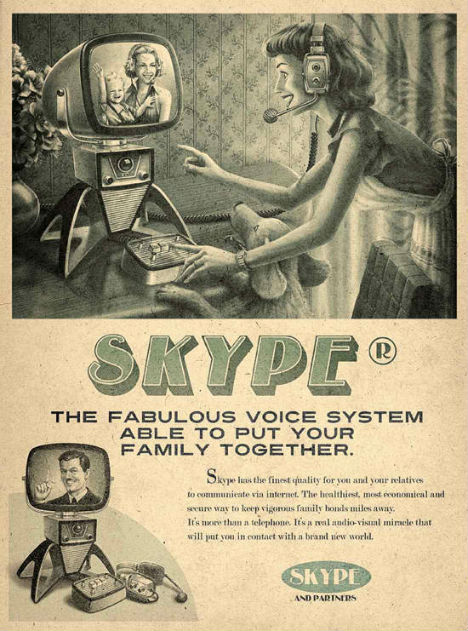 “Persons and things of all kinds will be brought within focus of cameras connected electrically with screens at opposite ends of circuits, thousands of miles at a span,” reads the article. An instrument resembling a giant telephone would transmit these sounds and images, “thus the guns at a distant battle will be heard to boom when sent to blaze, and thus the lips of a remote actor or singer will be heard to utter words or music when seen to move.” Photographs would be telegraphed from any distance, published in the newspapers an hour after a major event, even if said event occurred across the world.

The article also predicted that we’d be able to hear grand operas within our own private homes, which would sound just as crops and clear as if we were sitting in the theater boxes. But this process is awfully complicated: “Great musicians gathered in one inclosure in New York will, by manipulating electric keys, produce at the same time music from instruments arranged in theaters or halls in San Francisco or New Orleans, for instance. Thus will great bands and orchestras give long-distance concerts.”

Naturally, all of this should be sounding pretty familiar. Perceptions of long-range communication in the future were shockingly accurate, the technical details notwithstanding. A series of fun retro-style ads for modern social media and communications companies by Moma Propaganda fixes some of those discrepancies.