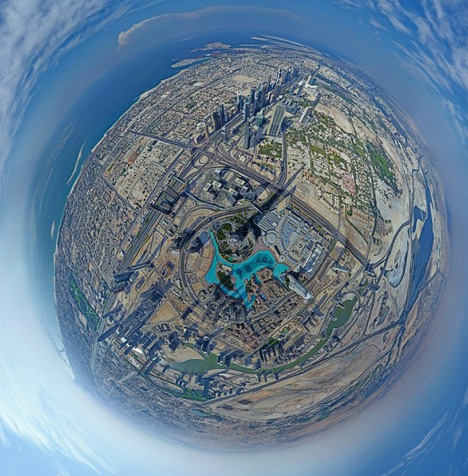 First he presented a photo-edited version (carefully stitched from dozens of photos) to show what the view would look like without the building he on top of which he took it. Still, impressive as that was, photographer Gerald Donovan‘s raw shot is all the more dizzying despite leaving the obstructions in the frame. 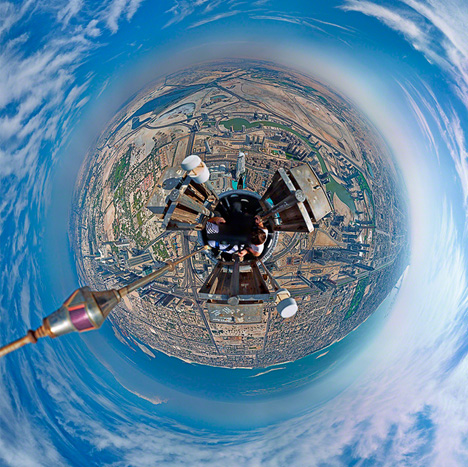 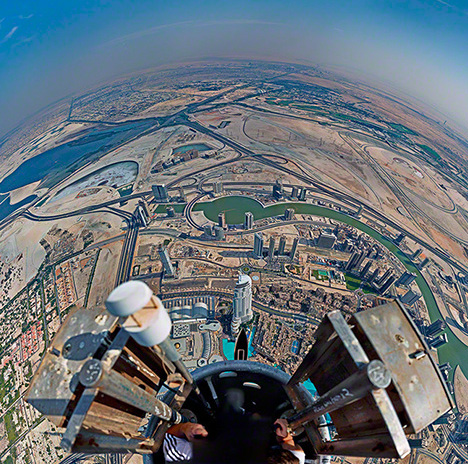 In the unedited version, the last bits of tower and few people right below give you a sense of the distance from Earth at which the shot was taken – 2,722 feet at the top of the Burj Khalifa.

It is in fact so tall you can see a sunset twice in the same day, per the video above. You can watch the sun set once from the ground, then take the elevator up, and witness it for a second time minutes later. Amazing. The second film above shows a 24 hour sequence of this incredible structure from below. 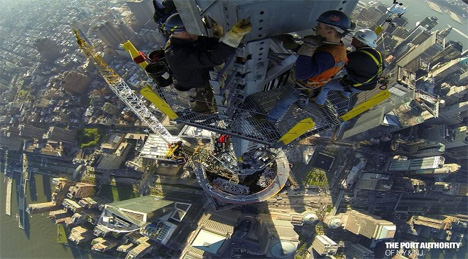 And if static images of the Burj in Dubai are not sufficient to get your heart racing, try watching the last video above showing the last piece being installed at the top of One World Trade Center  in New York City (image and video via the Port Authority of NJ & NY).