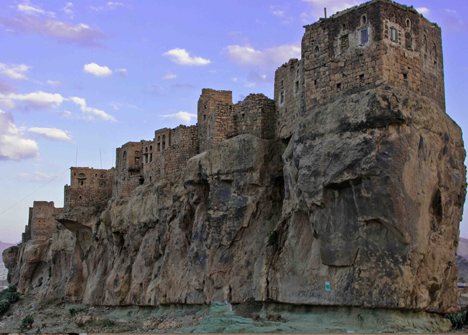 During ‘Operation Magic Carpet’ in the 1940s, many Yemeni Jews escaped their small rural villages for the safety of Israel, leaving their communities behind. Beit Baws is one such community. Perched on a difficult-to-access, yet stunningly beautiful rocky outcrop near Sana’a, this village appears to be a part of the mountain itself. While it looks like a ghost town from the outside, and most of it is indeed empty, a few families remain. See more photos at SabaPaindo. 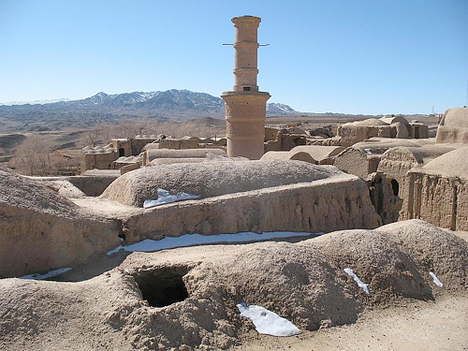 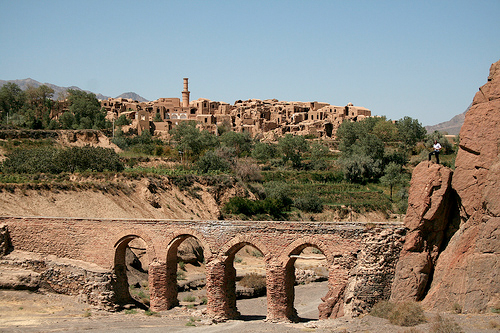 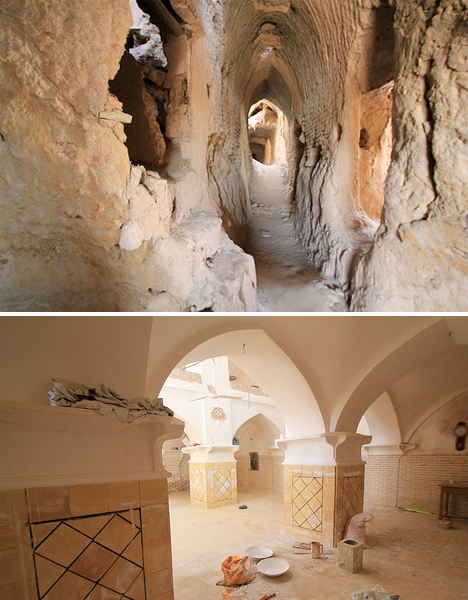 The mud village of Kharanaq, Iran has been occupied in some form for 4,000 years, but today, very few people remain. The town center is mostly in ruins, yet take a (somewhat dangerous) tour through its ancient inner passages and you’ll find a few warm and cozy occupied homes in between structures that have fallen down. The village, located outside Yazd, features a Qajar-era mosque and a 17th-century shaking minaret. 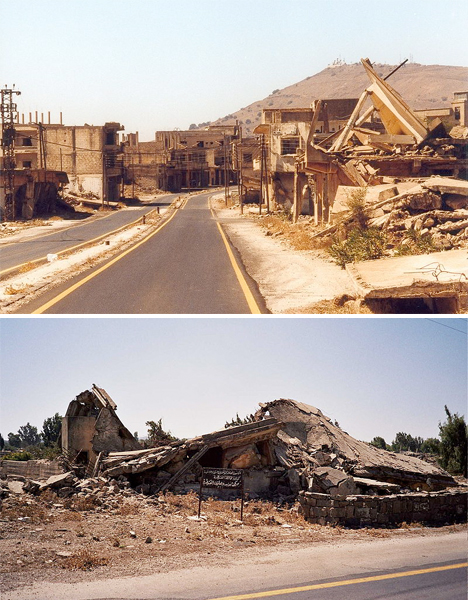 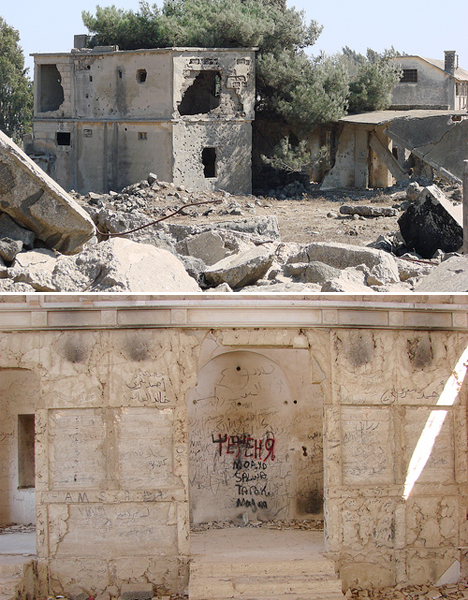 Founded in the Ottoman era as a way station on the caravan route to Damascus, Quneitra eventually became home to about 20,000 people. Given its location near the ceasefire line with Israel, the town was quickly caught up in conflicts between the two nations, and it came under Israeli control in 1967 during the last day of the Six-Day War. The city was almost entirely destroyed by June 1974, and has remained abandoned but for a handful of families ever since. The Syrian government discourages settlement in the area, and has refused to rebuild the city. 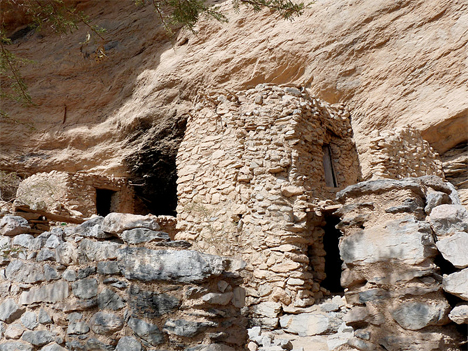 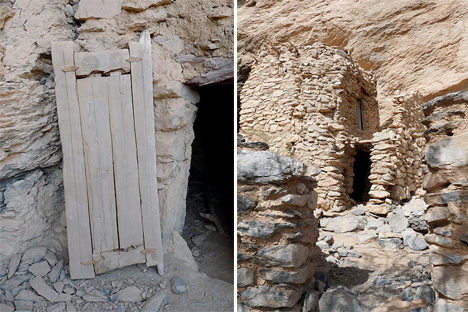 This steep mountain village in Oman near the city of Al Hamra is made of dry stacked stone, with some structures dating back to Troglodyte civilizations. The location was well protected by its rocky location, and had a good water supply as well as an ideal growing spot for pomegranates and olive trees. Fifteen families lived in the village until the mid-1970s, when Sultan Qaboos began relocating rural villagers to more modern cities.