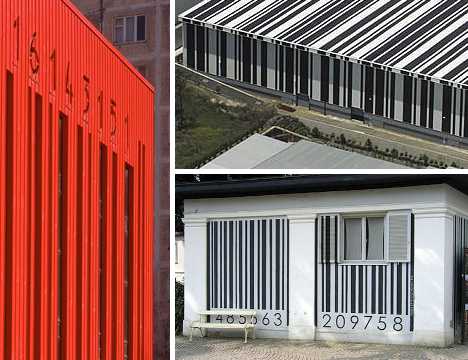 The plainly-named Barcode Building is one of the newest (completed 2011) large structures in the very old city of Middelburg, the Netherlands. Architects of the Dutch design & build organization Hercuton were charged by their client with creating a building that not only looked modern, but both the layout and infrastructure had to reflect today’s environmentally-friendly aesthetic. 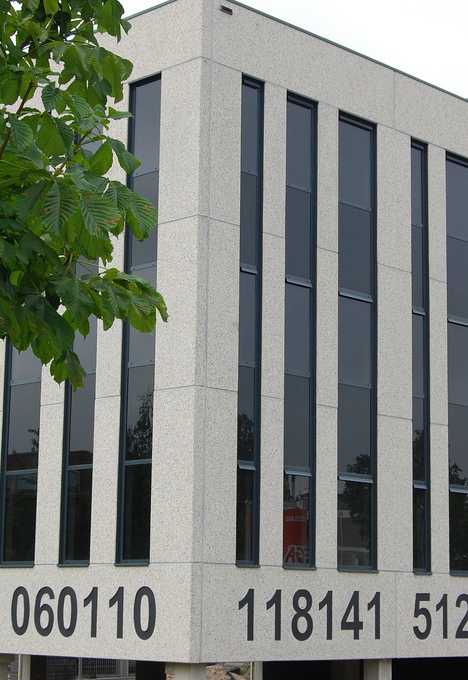 The white walls of the Barcode Building are broken up by vertical strips of tinted window glass that extend from the top of the four-story structure down to the open parking garage beneath the building at street level. The use of random six-digit numbers beneath each stack of three windows reinforces the illusion of a giant barcode while adding visual interest to the structure as a whole.

Shtrikh Kod means “Barcode Building” in Russian, which is appropriate since there’s really no other way to describe it. The edifice, located in historic St. Petersburg, was designed by Vitruvius & Sons Studio and it was completed in 2007. 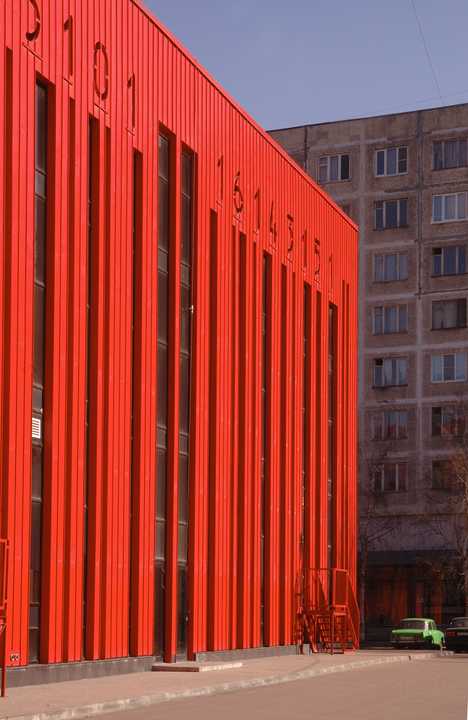 Kudos to photographer Alexey Naroditsky for capturing the stark yet striking exterior of the Barcode Building. It should be noted that one of the commenters at the Eikongraphia website where Naroditsky’s images are on display opined that “The facade’s hue is close to that of the red 633nm laser light commonly used in bar code scanners.” Coincidence?

The Melbourne Theosophical Society Bookshop & Library at 126 Russell Street appears much like any other mid-century yellow brick building except for one thing… an odd inset space on the facade that holds a barcode! The roughly two-story tall barcode encompasses a pair of windows and would seem to be a later addition to the building. Why is it there and what does it mean? That’s a rather theosophical question best left for others to wrestle with. 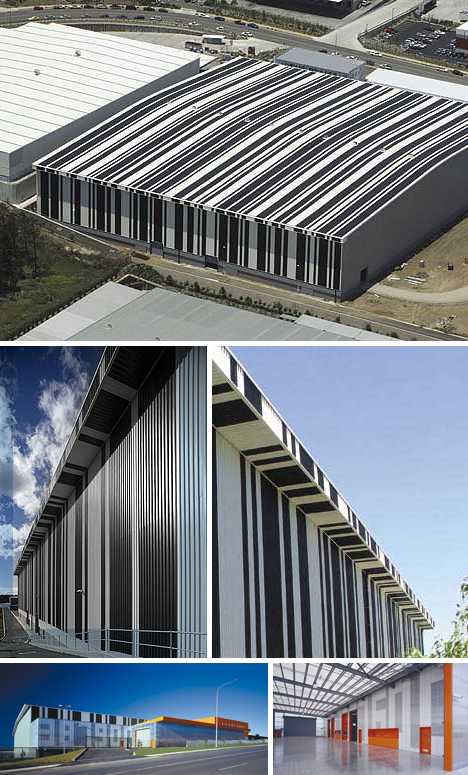 Staying in the antipodes for the moment, we present an uncharacteristically lively warehouse designed by Thierry Lacoste from Lacoste + Stevenson Architects. Built for the Recall company to store nearly four and a half million archive boxes of corporate records, the building’s exterior is made from 21,000 square meters od steel cladding sourced from BlueScope Lysaght. 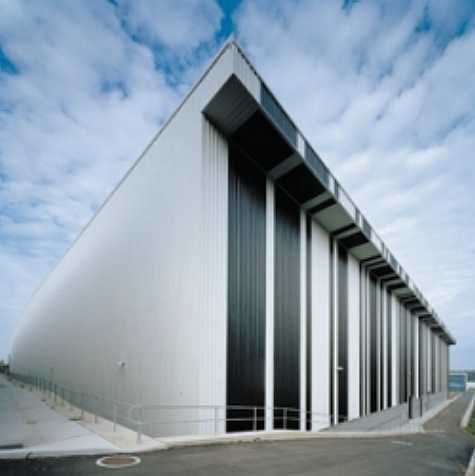 “Barcodes are at the center of everything which Recall does,” explains Thierry Lacoste. “That was the first consideration, then there was the challenge of how to handle a very big wall area. We decided on the barcode theme to break up its visual impact then worked on a couple of ideas before we finally specified a pattern which is actually Recall’s Australian Business Number as a barcode.” Recall operates 250 state-of-the-art information centers around the world but only one sports the Greystanes center’s wild barcode exterior graphics.