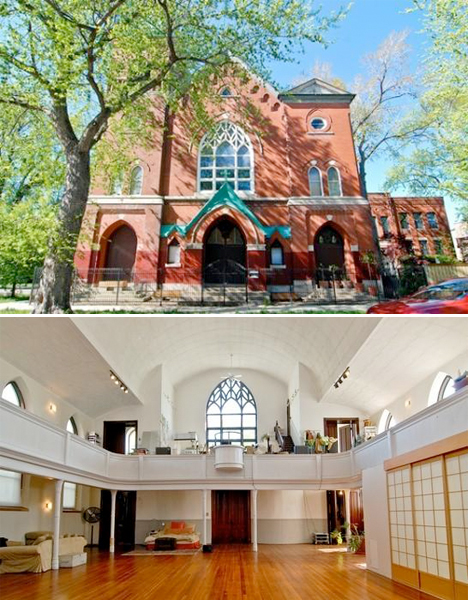 A 19th-century Chicago church is now a large live/work space for a print media professor and book publisher, with potential to be transformed yet again into smaller subdivided spaces for additional usage. The Lutheran church still looks the same on the outside as it always did, but the inside has been divided into separate rooms using bamboo screens. 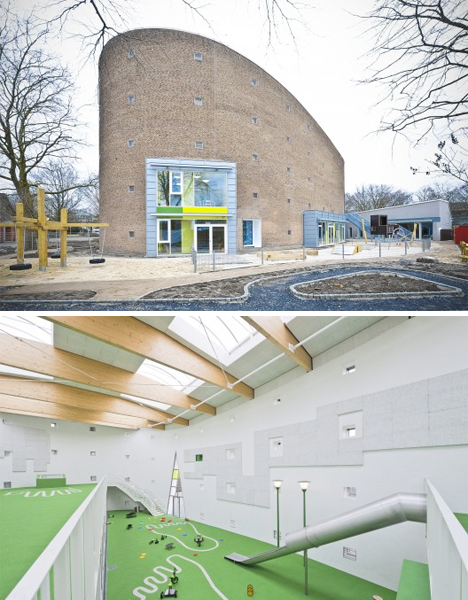 A more modern church in Munster that has been deconsecrated might have been demolished if it weren’t for the inventive thinking of Bolles+Wilson architects. The firm won a competition to envision a new use for the space, turning over the lower levels of the church to a kindergarten with the roofs of these first and second-floor spaces becoming all-weather play decks. These decks are enclosed within the perforated facade of the church, providing healthy ventilation as well as natural temperature control, with protection from the elements. 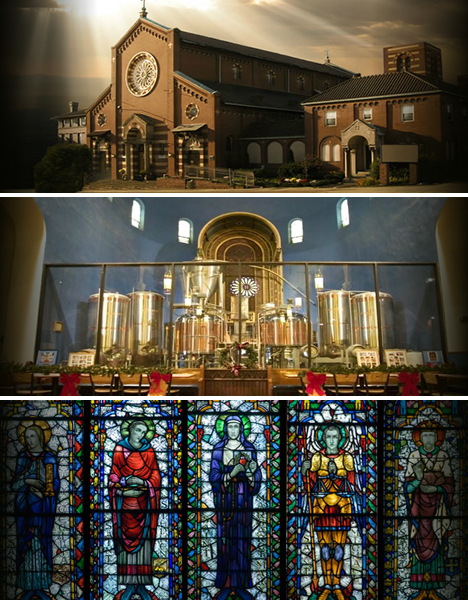 A festered Roman Catholic church in Pittsburgh, Pennsylvania is now a brewpub. The Church Brew Works & Restaurant occupies St. John the Baptist Church and now features an ‘altar of beer.’ 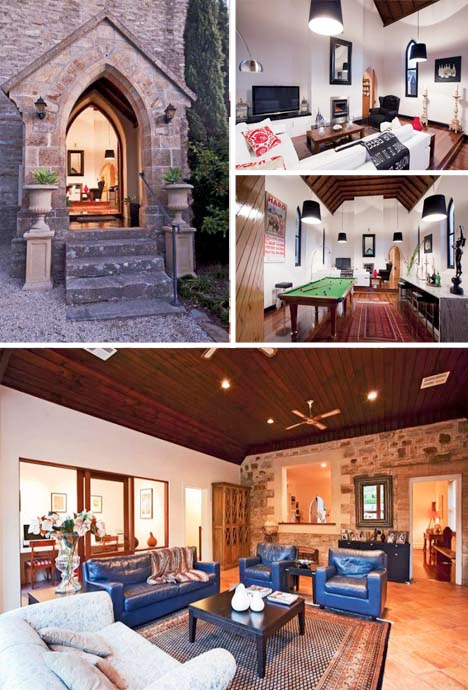 A relatively small stone chapel in Australia turned out to be an ideal starting point for a traditionally-styled residence complete with vaulted ceilings and a formal garden with a fountain. 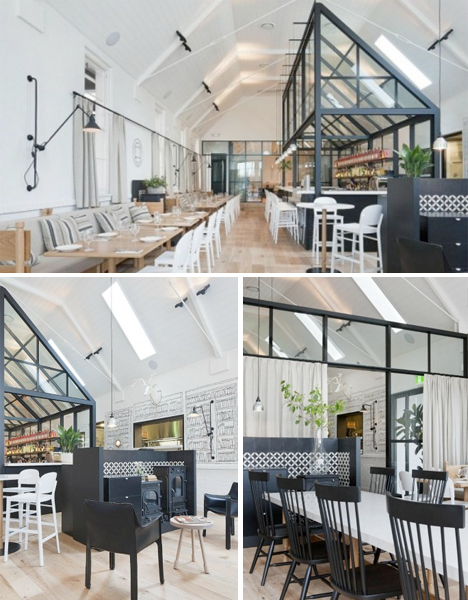 Once a Methodist church, this house of worship built in 1908 was reincarnated as a library and later as a restaurant. Design studio Hecker Guthrie transformed it into The Old Library, retaining the exposed beams and timber lining but adding oak, white timber and a steel-and-glass partition for the bar.