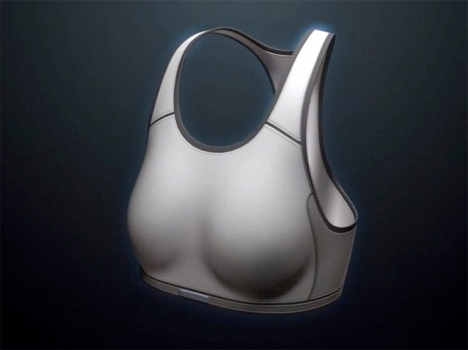 A smart bra that uses a series of sensors to detect subtle variations in the temperature of breast tissue could be more accurate than mammograms in the fight against breast cancer (unusual heat patterns can indicate abnormally growing cells.) Developed by a medical tech firm, the bra can identify tumors years ahead of conventional technology. In three separate trials involving 650 women, the bra scored an astonishing accuracy rate of over 90 percent. As long as it’s approved by the FDA, it could be available in the U.S. in 2014. 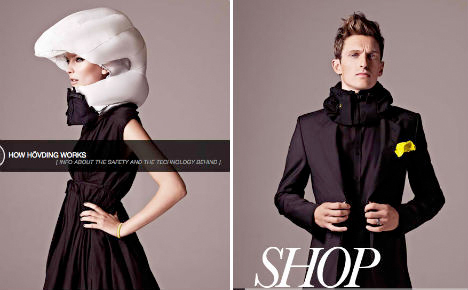 Would making helmets less dorky-looking increase usage among cyclists? The Hövding makes the case with a high-tech ‘invisible’ helmet that only appears when it’s needed, during an impact. It’s contained within an unobtrusive scarf-like collar, and deploys like an airbag when sudden acceleration is detected. 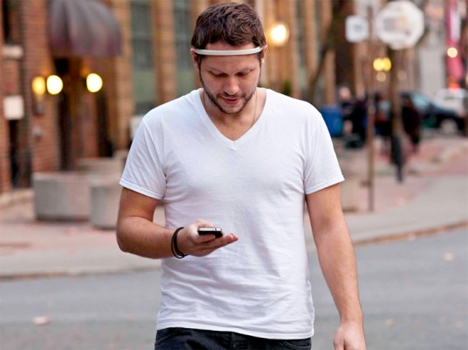 Another gadget eliminating the need for conventional means of input is the Muse Headband, which monitors brainwaves. Designed for use with a mobile app, the headband aims to help you focus your mind and train your brain in such a way that it could eventually enable you to control electronics with your mind. Your brainwaves are sent to your smart phone or tablet via Bluetooth to show you how well your brain is performing and translate your brain waves into instructions. 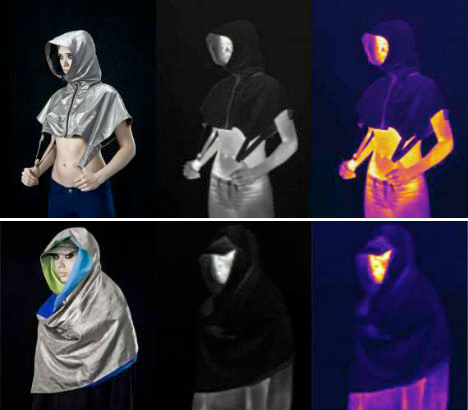 Garments that protect against thermal imaging could enable wearers to evade certain kinds of surveillance technology, like drones and body scans. ‘Stealth Wear’ by designer Adam Harvey is an experiment in using fashion “to challenge authoritarian surveillance.” They’re made of a lightweight, breathable metallized fabric that reflects heat, masking the wearer’s thermal signature. 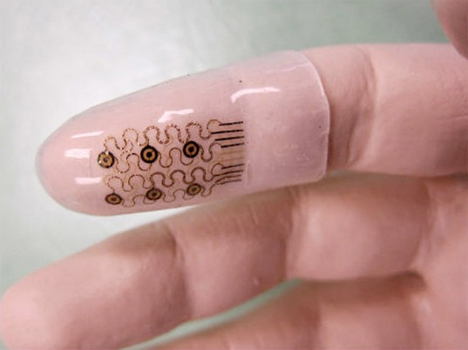 These ultra-thin electronic ‘fingertips’ could pave the way for new high-tech surgical gloves that enable wearers to feel pressure, texture, motion, resistance and temperature in an enhanced way. According to professor John Rogers of the University of Illinois, the fingertip could allow doctors to sense the electrical properties of tissue or even carry out extremely targeted ultrasounds. The technology could even lead to tissue-sensing surgical robots or the development of electronic skin to restore sensation to burn victims and amputees.