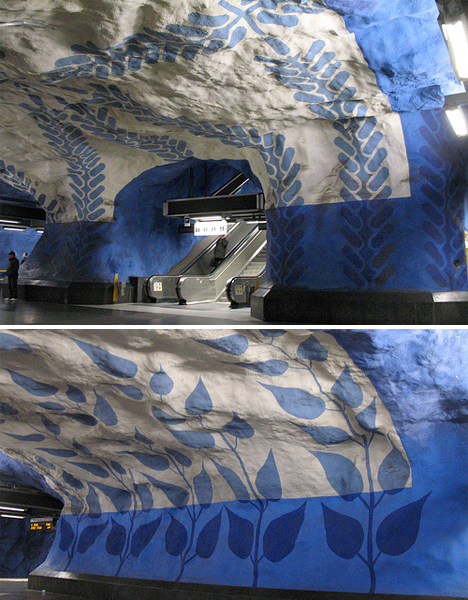 At the station where all three of Stockholm’s underground lines meet, commuters pass through cavernous spaces painted in blue and white. 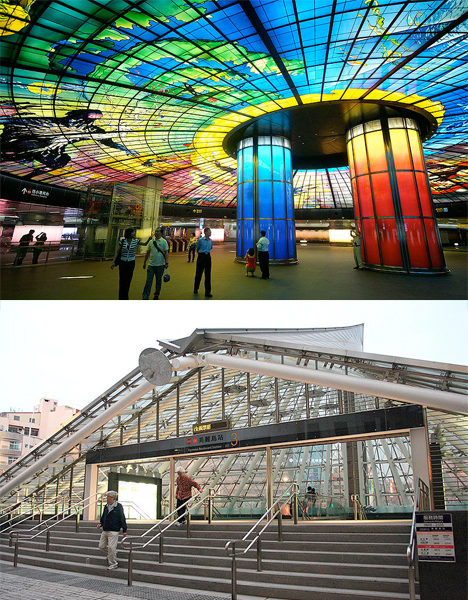 The world’s largest glass dome sits in a subterranean space beneath Taiwin, the Formosa Boulevard metro station. Designed by Italian artist Narcissus Quagliata, it’s made up of 4,500 glass panels and measures nearly 100 feet in diameter. 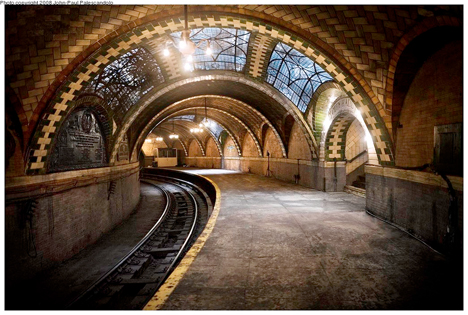 Simply riding the New York City subway won’t get you a look at the city’s most beautiful station, a ‘secret’ stop on a part of the line that has been closed for decades. You have to go out of your way to catch a glimpse of the wrought iron skylights and intricate tile work. Just take the 6 train to Brooklyn and then stay on; you’ll see the City Hall Station as the train makes its turnaround. 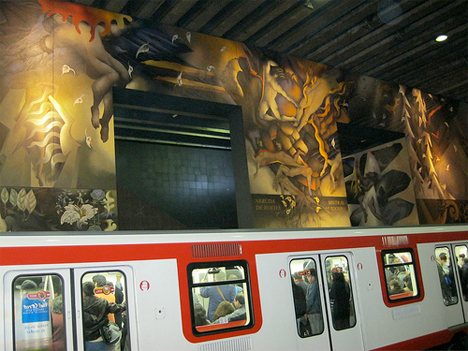 With the feel of a beautiful art museum or a centuries-old church, the Universidad de Chile stop on the Santiago metro in Chile will make you forget just where you are. The walls are covered in a massive mural of Chile’s history by Mario Toral. 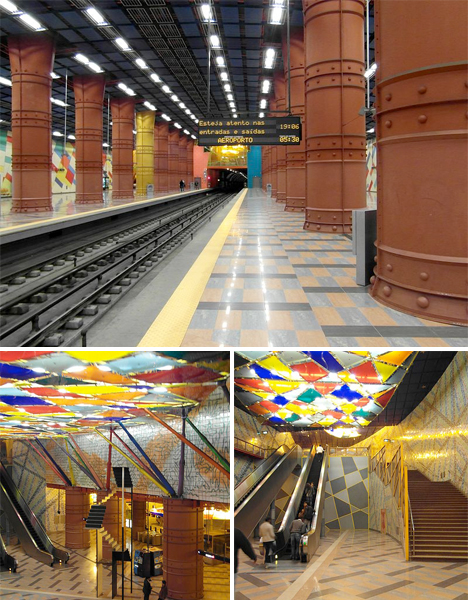 Subtle it’s not – the Olaias station in Lisbon, Portugal is packed with colored panes of glass in every shade of the rainbow.