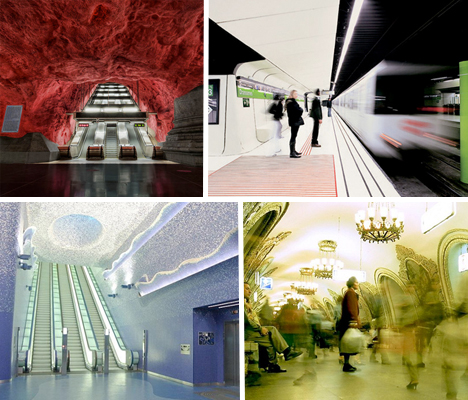 Far from the stereotype of a dark and grungy underground space where you don’t want to touch anything with your bare hands, these 15 standout subway stations are practically art galleries. From the gilded Baroque metros of Moscow to the world’s largest glass dome in Taiwan, these transit stations are worth a stop just to take a look around. 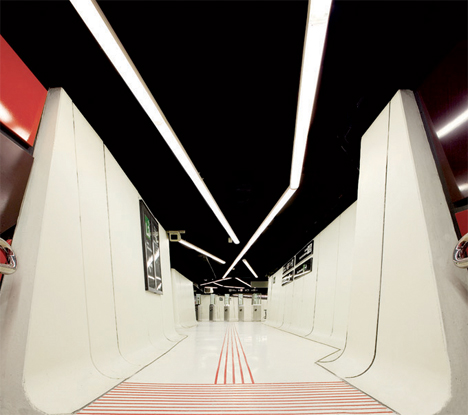 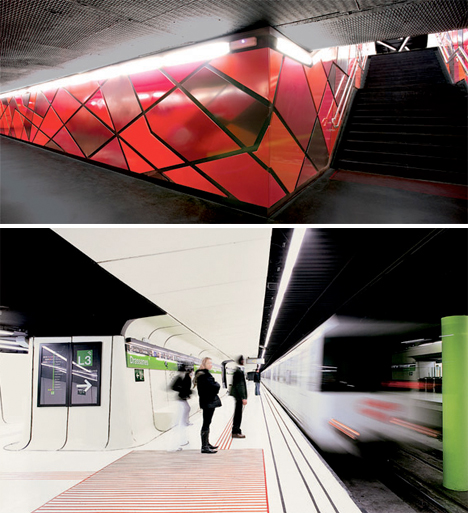 An old subway station in Barcelona, built in 1968, was covered with new surfaces to create an entirely new look, with black resin floors and lightweight white glass-reinforced concrete over the walls. The result is bright and clean with pops of color and a much more updated feel. 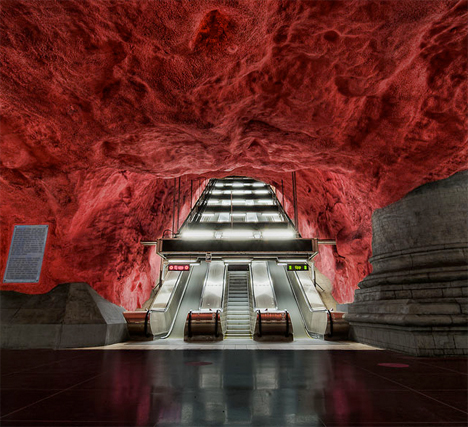 Stockholm boasts an incredible 90 decorated subway stations, each of which bearing its own unique visual identity. This one, Radhuset (courthouse) was built in 1975, and resembles a bright red cavern. 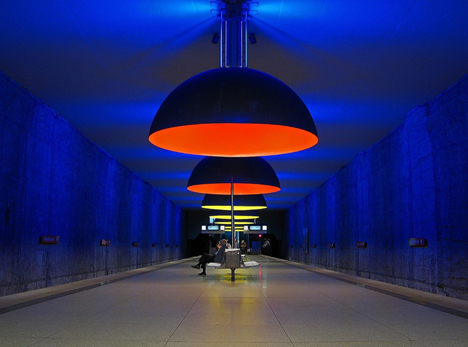 The dramatic Westfriedhof station in Munich, Germany features eleven large lamps that cast colored lights onto various areas of the platform. The ceiling and walls are just barely illuminated in a deep, dark blue. 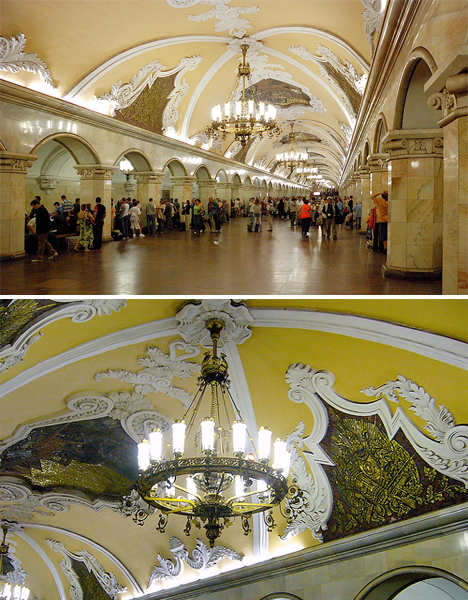 The busiest transport hub on the Moscow metro is a showcase of Stalinist architecture, with a palatial Baroque theme in bright yellow. It’s one of the most luxurious subway stations in the world, with marble columns, murals and massive chandeliers. 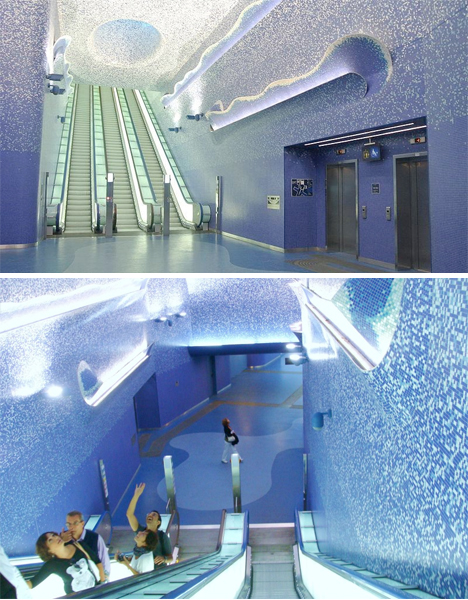 The stunning Crater of Luz by Oscar Tusquet Blanca is the centerpiece of the Toledo station in Naples, Italy – one of the most art-filled subway lines in the world. The Naples metro features 13 ‘Art Stations’  that aim to give everyone a close-up look at prime examples of contemporary art.