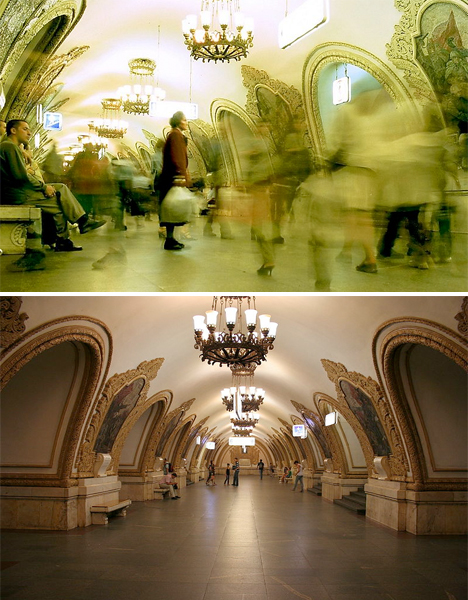 Another highly decorative subway station in Moscow is Kievskaya, which opened in 1954 with large mosaics and gold-painted trim. 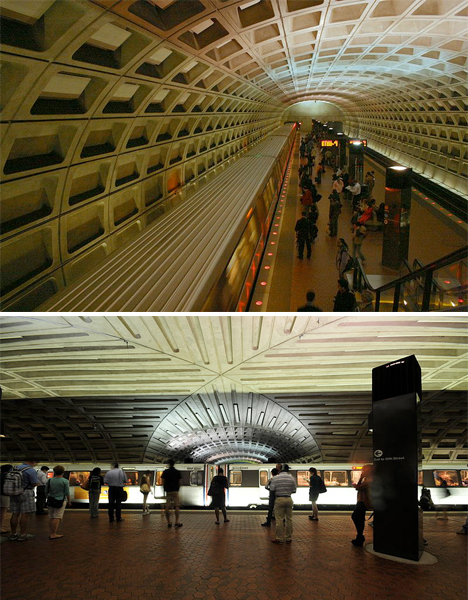 A glittering shell-shaped glass dome makes for a dramatic entrance to the St. Quirin-Platz subway station in Munich. 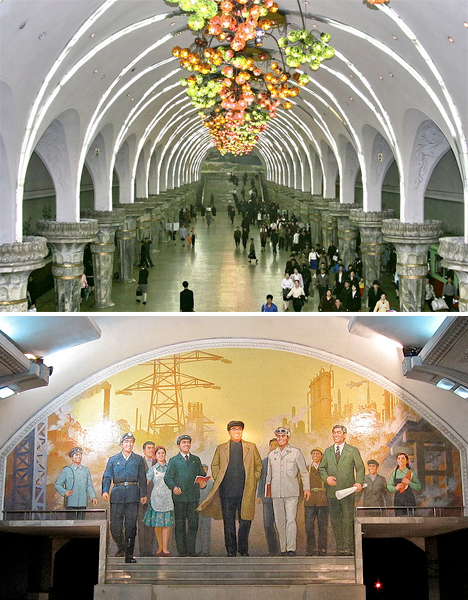 The old East German subway cars (complete with their original German graffiti) aren’t the only curious sight at the Pyongyang metro station in North Korea; it’s also full of propaganda murals. Foreign visitors can’t ride the metro – if you manage to take a trip to this reclusive communist nation, you’ll have to see it on an official tour. 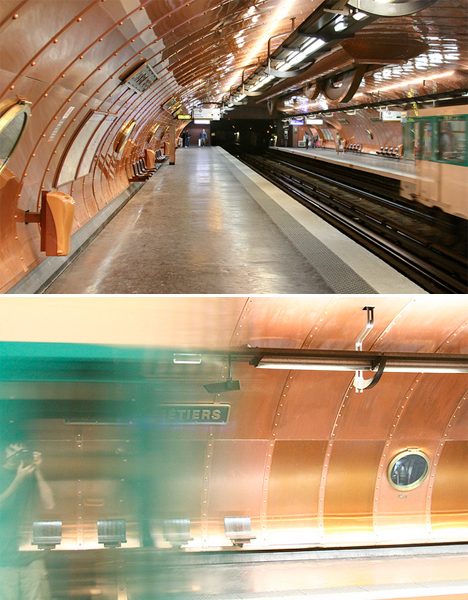 Located just under the Musee des Arts et Metiers (the Arts and Crafts Museum) in Paris is this cool station, reminiscent of a submarine with copper walls and porthole-like windows.