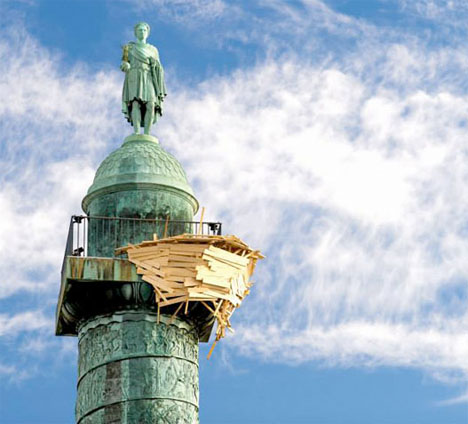 Upon the centuries-old architecture of Place Vendome in Paris, nest-like structures of head-scratching proportions have appeared; messy wooden lean-to huts clinging to verdigris pillars and posh old buildings. It seems as if giant birds have descended upon the city and made it their home. 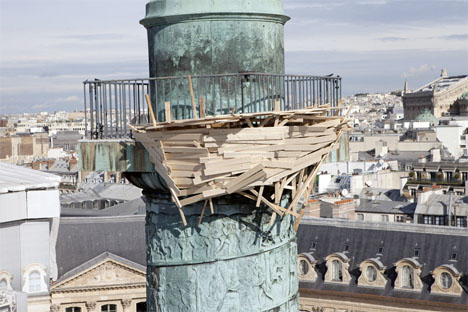 The parasitic structures are the ‘tree huts’ of Japanese artist Tadashi Kawamata, a continuation of a series that has taken him around the globe. 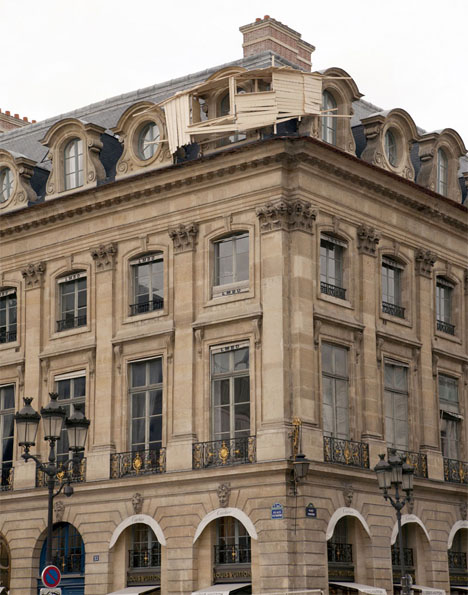 Five small cabins have been installed in key places in the Place Vendome, including the Vendome column, built in 1702 as a monument to the armies of Louis XIV. 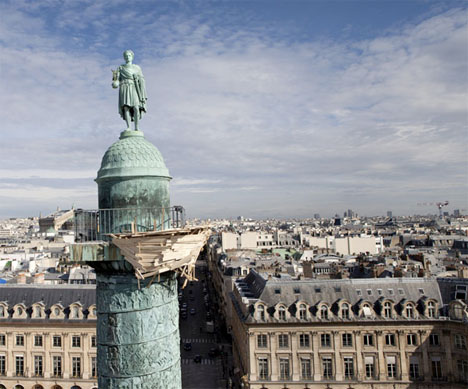 The confusion of wooden slats draws the curiosity of onlookers, wondering who – or what – could be inside. The structures will be up for a month as part of FIAC 2013, an art festival in Paris. Among the other places in which Tadashi’s parasitic architecture has been installed are New York’s Madison Square Garden, Florence and Switzerland.