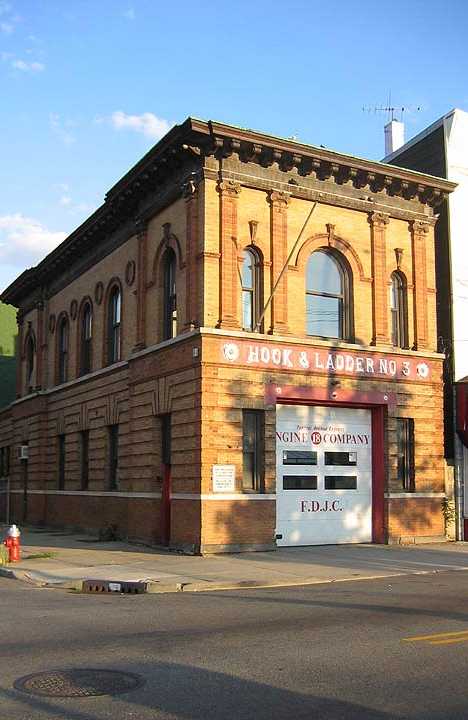 The Fire Department of Jersey City opened the Engine Company 18 Firehouse housing Hook & Ladder No. 3 in 1896. The Romanesque brick and pressed tin building, located at 218 Central Ave. at Ferry Street, was closed years ago and its future looked increasingly grim as time passed. An unlikely savior emerged in 2010, however, when local restoration/renovation firm Brunelleschi Construction bought the building from the City of Jersey City with the intention of making it their home office and headquarters. Kudos to Flickr user Michael Gates, who captured the 110-year-old firehall as it was in August of 2006. 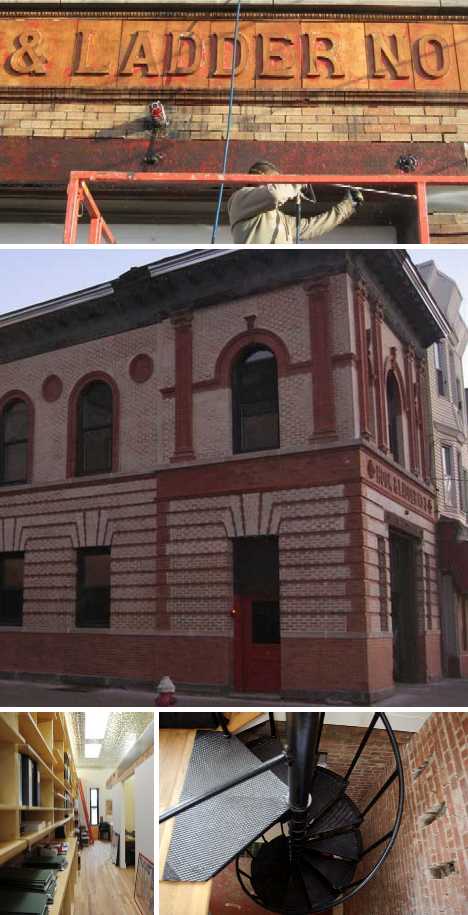 (images via: Brunelleschi Construction and NJ.com)

The company embarked upon a 10-month exterior restoration and interior renovation that preserves most of the structure’s visual distinctiveness while making it a practical workplace for the 21st century. In the renovation’s early stages, the walls were stripped down to bare brick and an eerie message from the past was revealed: “This house was erected 1896 – Fireman Bill O’Connor.” 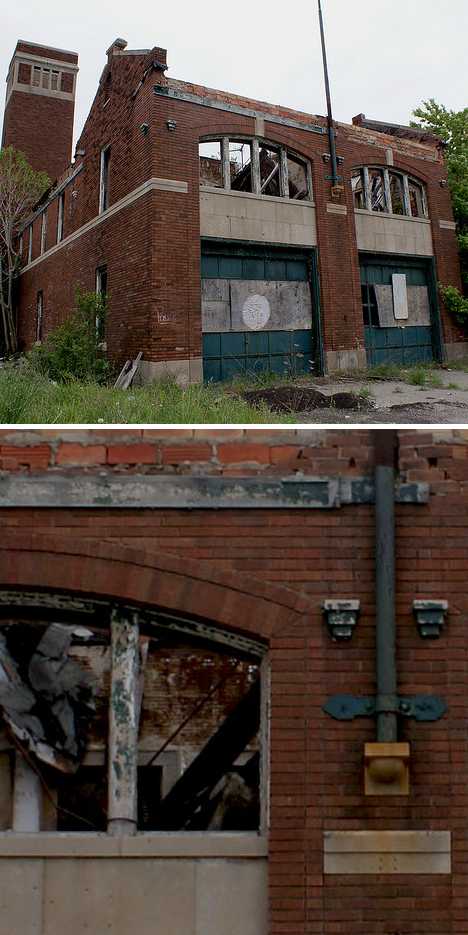 The twin-door, early 20th century red brick and masonry building housing the HPFD’s Engine Company No 4 and Ladder Company No 3 sure has seen better days – click here for proof. More recently, however, the structure has been left to the ravages of weather and arsonists along with much of inner-city Detroit and its environs. Credit Flickr user Robert Monaghan (Detroit Liger) for the haunting images above.

Hurricane Ike, which struck Galveston, Texas on September 13th of 2008, was Galveston’s worst cyclonic storm since the deadly Hurricane of 1900. Entire neighborhoods were washed away with only the strongest buildings surviving. Old Galveston Fire Station #3 is one of these survivors. 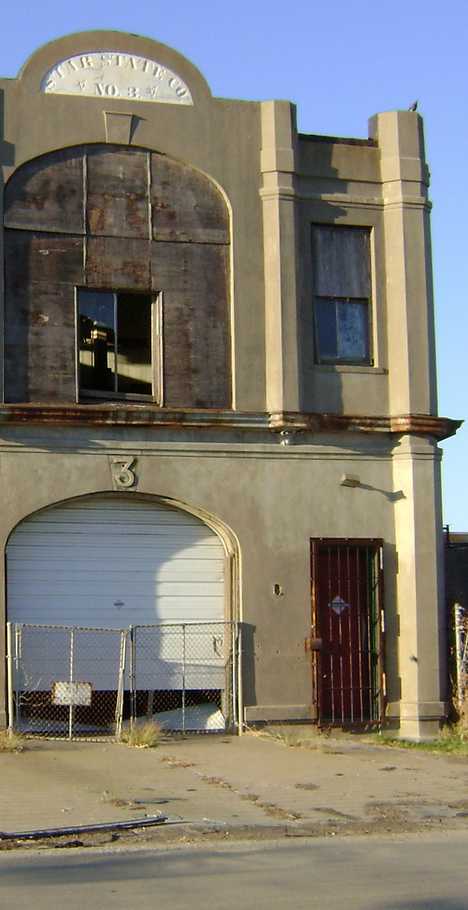 Those unaware of Hurricane Ike’s destructive power might wonder why the firehall stands virtually alone in a still-desolate neighborhood. Credit Flickr user Patrick Feller with these images of Old Galveston Fire Station #3, taken on a decidedly un-stormy day in November of 2008.