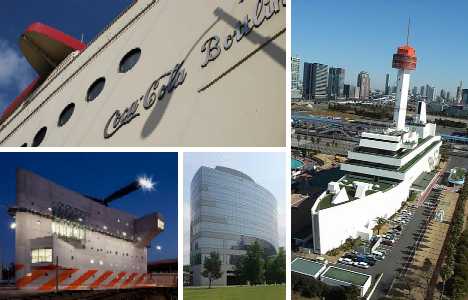 From the fish out of water department: Landlubbers leery of getting their feet wet can live vicariously by visiting these 10 swell ship-shaped buildings. 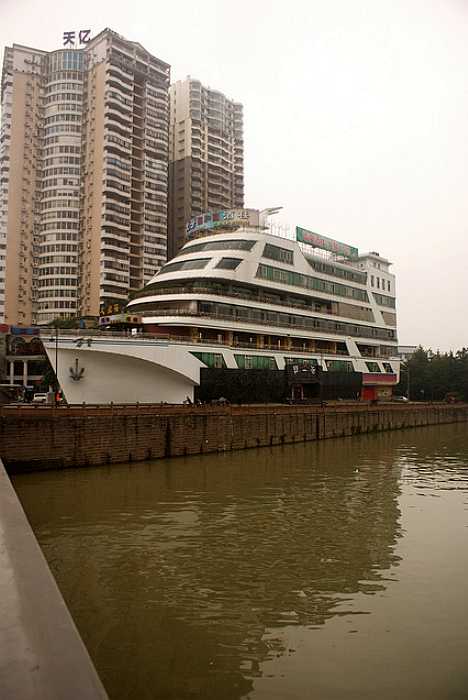 If the Wanlihao Ship Building was an attempt to make the Chinese city of Chengdu famous for something other than pandas and spicy food, then a hearty pat on the back goes to its designers. Ditto for Flickr user littledutchboy for capturing and posting the image above.

This rather large waterfront edifice houses a number of businesses and services including several seafood restaurants and the exclusive-sounding Flagship Club… sounds like the kind of place Judge Smails and Thurston Howell III might hang out at. As for being just a tad gaudy and ostentatious, well, you oughta see it at night! 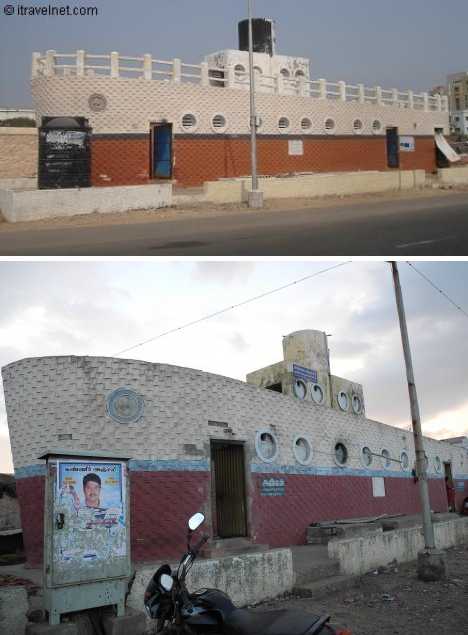 If you were expecting a “poop deck” joke, forget abou… oh. Anyway, this public restroom in the city of Chennai, India doesn’t just look like a brick ship house, it’s built like one too. The top photo from iTravelnet dates from March of 2007 while the lower image from Lydia Depillis taken in the summer of 2012 shows significant deterioration. We’ll leave the state of the interior to your imagination.

The Museum of Maritime Science (Fune-no-Kagakukan in Japanese) in Odaiba dates from 1974 and was one of the first buildings at that location constructed on land reclaimed from Tokyo Bay… perhaps the contractors were hedging their bets a bit. The scale of the building is highlighted by the 83-meter (273ft) long Antarctic icebreaker Soya moored just offshore. 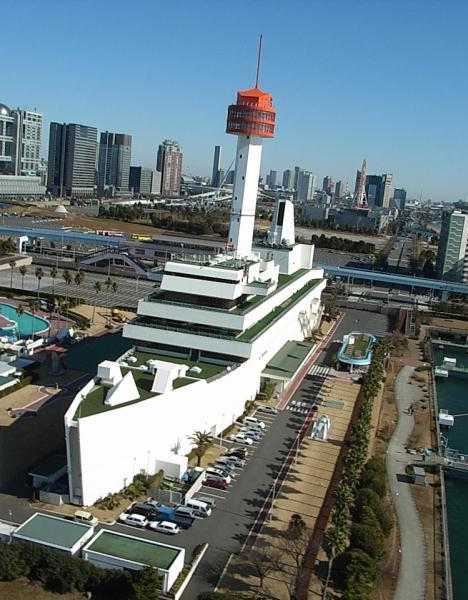 The ship-like styling is purely intentional; inside visitors will find a veritable 3D history book that takes one back to the era of the Shoguns, forward through the destructive Second World War and into the present era. Models of the Yamato – the world’s largest battleship – share space with those of civilian and military ships, submarines and seaplanes. 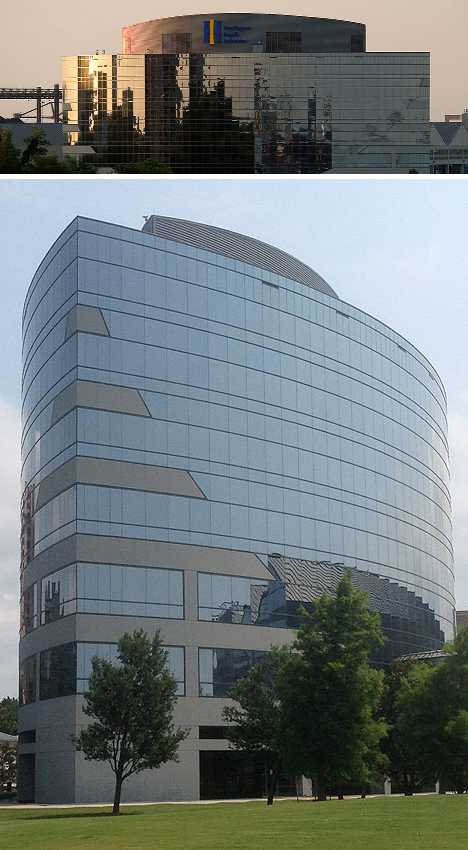 (images via: HII and The Arts Adventurer)

Huntington Ingalls Industries (HII) is America’s largest shipbuilder and the ONLY one able to design and build the nation’s nuclear-powered aircraft carriers. The company’s headquarters building in Newport News reflects the firm’s long history (it was known until 2008 as Northrop Grumman Shipbuilding) and continuing focus on shipbuilding.