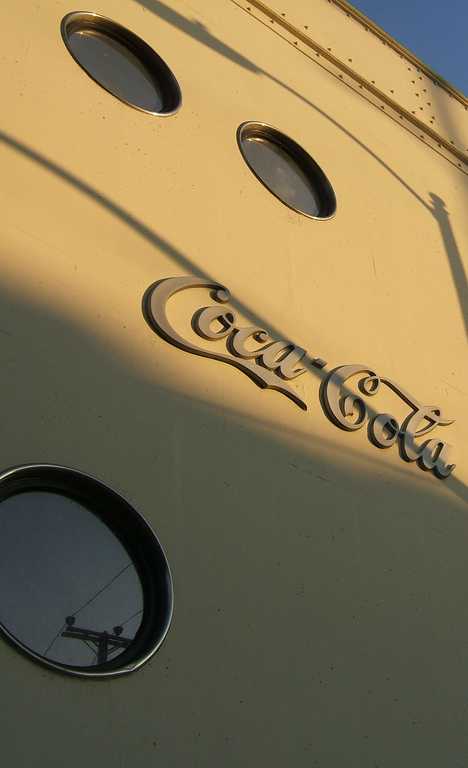 The Coca-Cola Bottling Co. building at 1334 South Central Avenue was designed by Robert V. Derrah and opened in 1936. Meticulously maintained and clean as a ship’s whistle, the Streamline Moderne structure abounds with nautical references including dozens of porthole windows, a catwalk, a promenade deck, copious faux rivets and a massive red flying bridge looming over it all. Kudos to Flickr user Jaime Perez Dinnbier for the above sunwashed wallscape of this historic and distinctive building.

Los Angeles monument tribute website Big Orange Landmarks captured the above views of the exceptionally ship-shape bottling plant building on a beautiful Southern California day in 2008. If anyone’s wondering, yes, the interior also explores maritime themes to the max. Any more boat-like and the entire edifice would rock to the rhythm of carbonated waves!

One does not simply build a “visitor attraction” on the site of the old Harland and Wolff Shipyard in Titanic Quarter where the RMS Titanic was built just over a century ago… one commemorates the tragic liner by evoking its lines in the building’s structure. Architects Eric Kuhne and Associates sought to recognize the yard’s long history of shipbuilding with a special focus on the Titanic: the building’s height of 38.5 meters (126 ft) matches that of the Titanic’s hull. 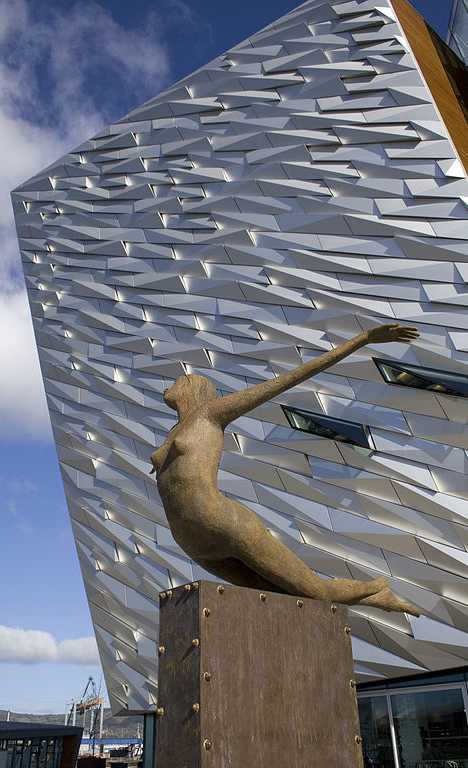 Titanic Belfast opened on March 31st of 2012. With architecture resembling the clustered hulls of four mighty ocean liners, the building’s walls are clad in metal shards that reflect light in such a way that they appear to be in constant movement. 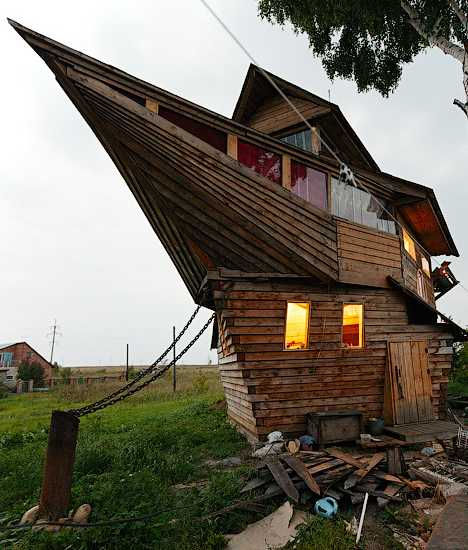 Nikolay Orekhov seems to be Russia’s version of Evan Almighty, sans the humor. He doesn’t claim to have obeyed a higher calling when he began building is ark-like home in Kemerovo, however. According to Victor Borisov, who visually enlightens us to Orekhov’s unusual abode, the wood-working Russian got the idea after having a particularly vivid dream. One thing’s for certain: trying to hang a framed picture or mount a mirror has got to be a nightmare!

Mrs. Orekhov must be glad hubby isn’t collecting and housing tiny pairs of animals, at least. The 3-story home is quite spacious for a single human family, though, as it features a bathroom fitted out with a sauna and a swimming pool.