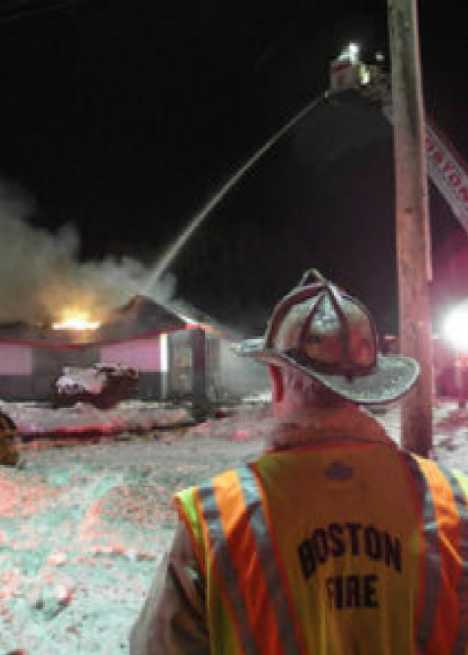 Old and busted: A Night at the Roxbury. New smoky hotness: Ignite at the West Roxbury… the abandoned McDonald’s at 1663 VFW Parkway in West Roxbury, MA to be exact.

(images via: WCVB.com and My FOX Boston))

Early March nights can get mighty chilly in and around Boston so can we really blame a trio of youths for trying to create some warmth inside an abandoned McDonald’s? Yes, yes we can, and so can the police who followed three sets of footprints in the snow leading out the fast food parlor’s back exit. DOH! 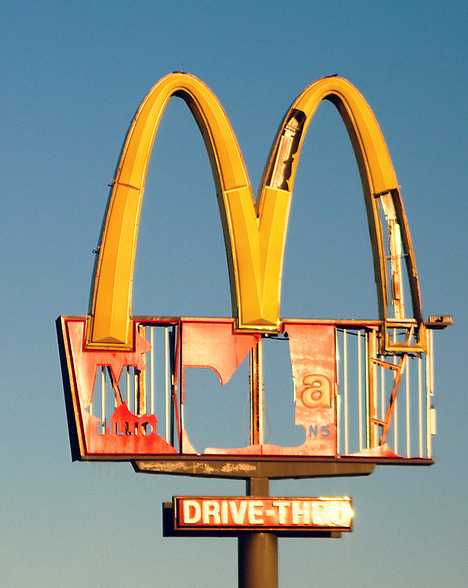 The shredded McDonald’s sign above defiantly overlooks a storm-ravaged Galveston neighborhood in this stark image by evinsj of DeviantART. 2008’s Hurricane Ike was the costliest hurricane in Texas history and when it slammed into Galveston, Texas early on the morning of September 13th it was a high Category 2 hurricane packing winds of 110 mph (175 km/h). Combined with a deadly storm surge of up to 20 feet (6.1 m), the storm left wide areas of Galveston and its environs looking like they’d been scraped off the face of the Earth. As for the McDonald’s, it’s been rebuilt at the same location though doubtless little of the original restaurant (or signage) was salvageable.

Down In The Dumps

(images via: archBOSTON and Cosmo))

Disposable consumer culture? You got it, Boston! Redevelopment plans for Boylston Street near Fenway Park saw local Burger King and McDonald’s locations biting the dust, the latter replaced by a mixed-use commercial community called The Viridian. The actual elimination of the admittedly tacky red, yellow and white McDonald’s was rather messy, however, with the restaurant’s iconic golden arches sign spending a number of days prominently displayed in a dumpster. Harsh. 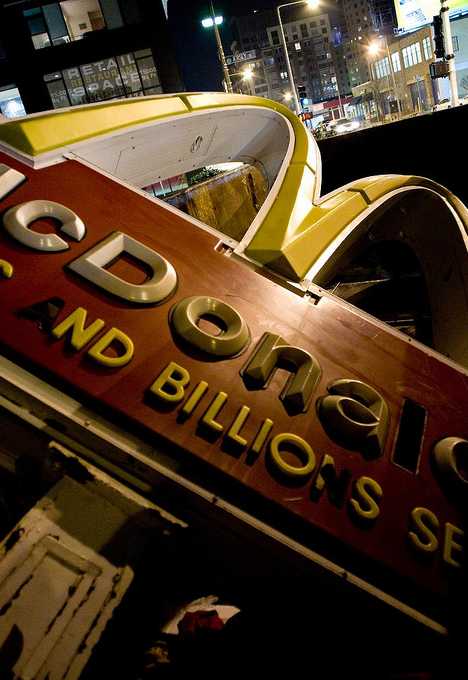 It’s not known why the store’s sign, which was in good shape and working condition at the time of removal in the spring of 2009, was basically thrown away in such an uncaring and obvious manner – not McDonald’s SOP at all. Regardless, those who appreciate urban abandonments got a rare treat thanks to folks like Flickr user Cosmo who documented the dumpster dive-rsion for posterity.