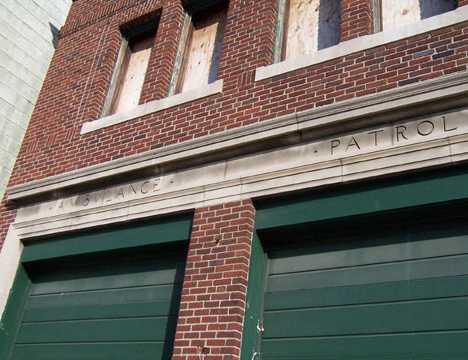 Remember the good old days when Boston’s police did double duty transporting injured evil-doers and collaterally damaged bystanders to area hospitals? Made sense… they already had the sirens. Abandoned Boston Police Station No. 6, above, displays the legend “Ambulance Patrol” above a pair of Kelly green bay doors to remind one and all that those good old days weren’t always so great.

Even Old Ambulance Stations Get The Blues

The definition of the word “hackneyed” may be “not interesting, funny, etc., because of being used too often”. Interestingly, the old Hackney Ambulance Station on Paragon Road in London, UK, was used quite often over its long lifespan yet it remains interesting (to urban abandonments fans, at least) more than a decade after it closed in 2002. It would seem that only the old station’s facade remains, as can be seen by Nicholas Middleton‘s image taken from behind the blue door. 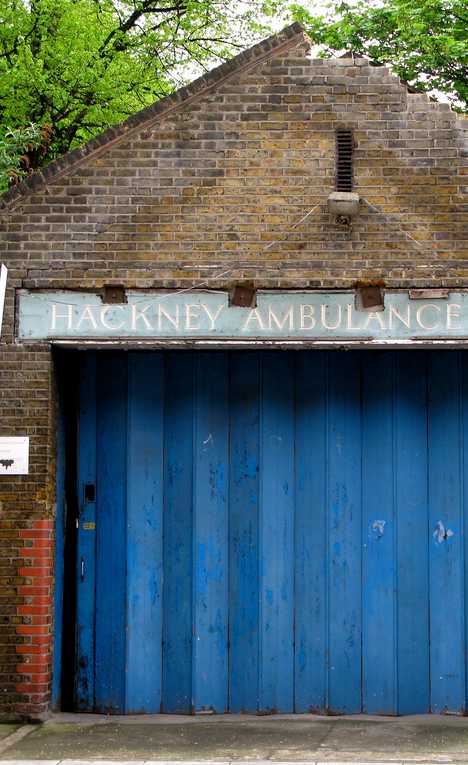 For better or worse, the rejuvenation of inner-city London continues and the old Hackney Ambulance Station can no longer stand in the way of “progress”. Plans are to demolish this charming relic of a bygone era and replace it with a small six-flat apartment building; don’t expect the delightfully distressed blue garage door to survive the transition. Full credit to Flickr user Nick Mariette for the brilliant image of the old Hackney Ambulance Station above. 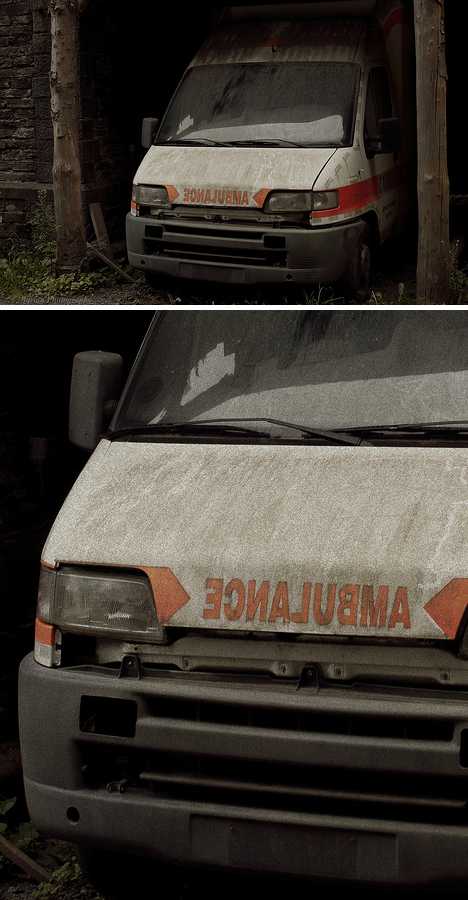 Either this is one very rustic EMS station or one very rustled ambulance stashed where no one (barring the photographer) could find it. Either way, folks in Belgium had best watch their steps ’cause this particular medical transport will transport no more. Kudos to Flickr user Dirk Drijfhout for posting the above sobering summer scene.