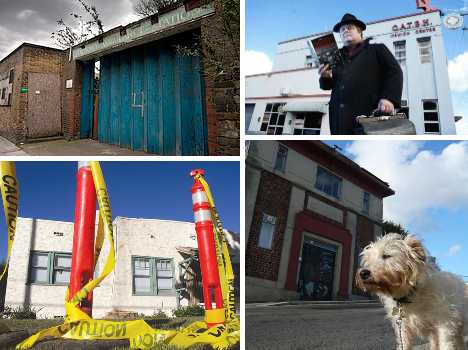 Silence the sirens and be careful out there… these abandoned, closed and condemned ambulance & EMS stations no longer respond to medical emergencies.

The condemned former American Medical Response substation at at 455 Beverly Place in Tracy looks pretty good for an abandoned building. Then again, these photos from the November 29th, 2013 edition of the Tracy Press were taken less than a week after the doors slammed shut. Supposedly, the station was condemned due to the presence of a large tree on the property that might fall over in a gale. It’s worth noting that the station’s owner condemned the building; city inspectors found no serious structural damage and thus no justification for closing it. 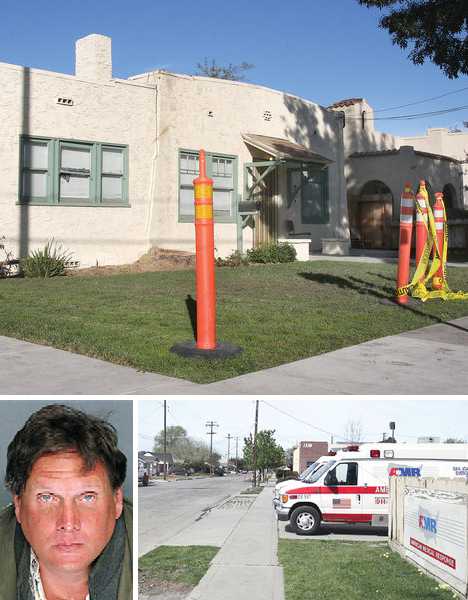 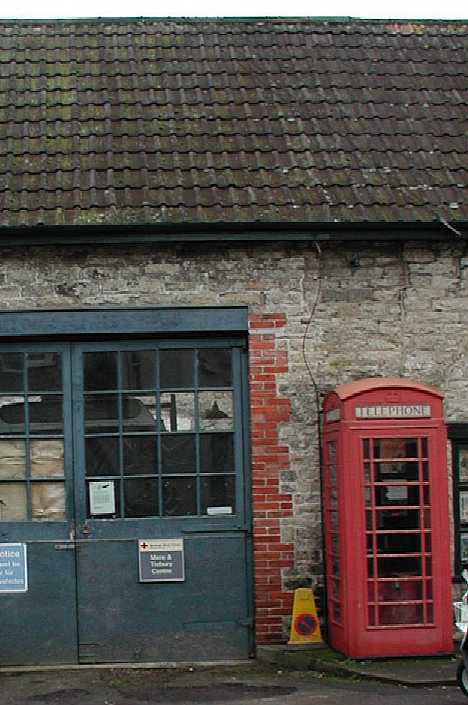 (image via: Number Of The Month)

The UK’s NHS (National Health Service) has been praised and vilified to the extreme – often by the same people depending on whether they need its services or have just read the latest tale of wasted taxpayer’s money. Tongues are wagging once again due to the NHS’s (supposed) money-saving plans to close dozens of ambulance stations across the UK and consolidate their functions at larger “hub” stations. The plan may indeed save money but anyone and everyone will end up waiting longer for an ambulance as a result. Thanks, Obama! 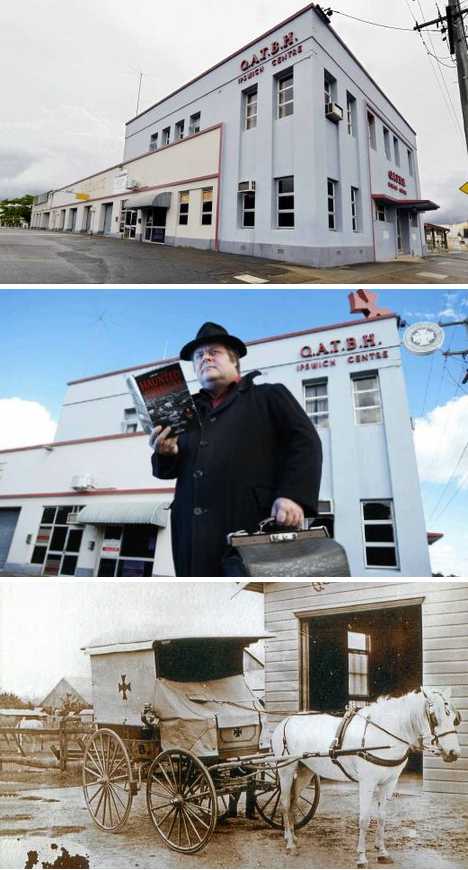 (images via: The Queensland Times, Claudia Baxter and The Ipswich Advertiser)

If the original Ghostbusters drove a modified ambulance and had their HQ in an old firehouse, one would assume their Australian counterparts (being “down under”) would park their customized firetruck in an old ambulance station. Good thing, as the old Queensland Ambulance Service station complex on Downs Street in North Ipswich is said to be haunted by the ghost of WC Tomkins. The former station superintendent lived upstairs at the station and passed away in his bed one night in 1934… and, some say, he’s still there. 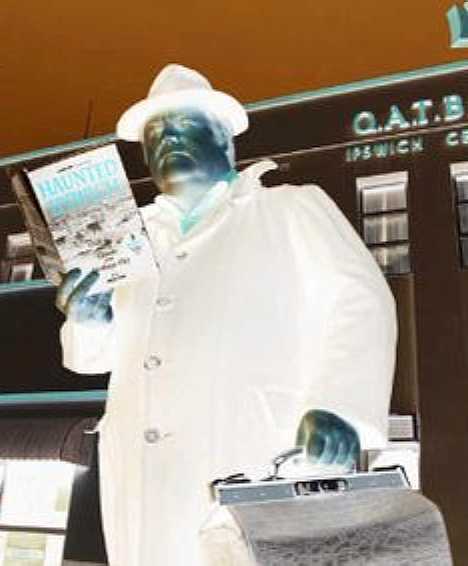 “This ghost has never hurt anyone and I don’t think he would,” states renowned hauntings historian Jack Sim (above). “He founded the ambulance in Ipswich and he is a nice bloke.” Perhaps the station’s supposed supernatural aura helped keep it on the auction block for the better part of six years. All good things must come to an end, however, and Beetlejuice himself couldn’t stop the station from finally being sold in March of 2013 for a cool one million smackers.

Chairman Of The Boarded Up

(images via: Hull and Hereabouts)

Since the old ambulance station on Osborne Street in Hull, England closed, the only emergencies occurring at the site concern Phil Jude’s 24-hour Emergency Boarding Up Service… or so the sign above states. Take it from Phil, they’re “probably the cheapest in the area.”