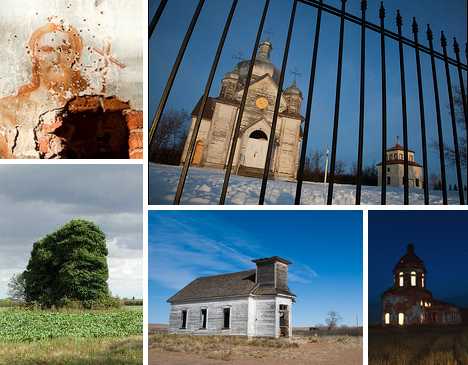 Abandon faith all ye who enter here… and in the case of these 8 amazing abandoned churches, don’t even bother entering as faith, hope & charity left long ago.

The Transfiguration of Our Lord Ukrainian Catholic Church (known as Spaca Moskalyk), located in northern Alberta, Canada, was built in 1924 and stands 20 meters (about 66 feet) tall. The wood-framed and partially boarded-up building is definitely showing its age and the unstable soil below isn’t helping. By October of 2011, concerns about the church’s safety and estimated costs of $400,000 to $775,000 to rectify the problems forced parish members to consider the most economical solution: salvaging anything useful and burning the gutted church to the ground. 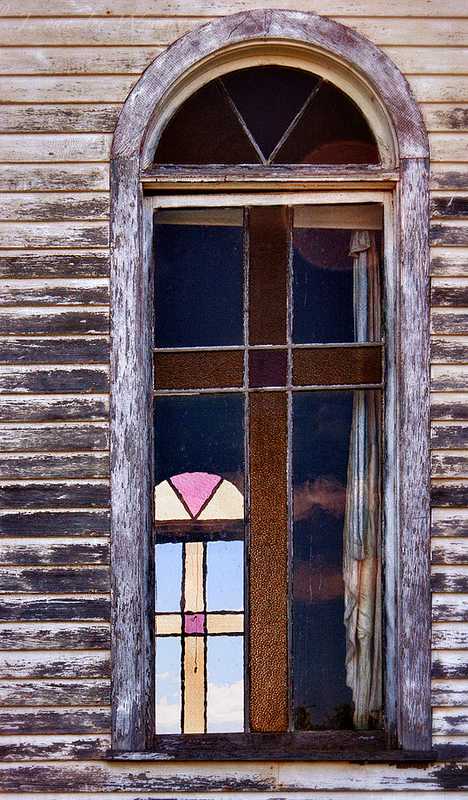 Publicity over the plight of Spaca Moskalyk has (as of December 2013) postponed its fiery fate several times while kinder options are entertained. Meanwhile, photographers alerted to the possible loss of an historic icon of western Canada’s pioneer spirit have rushed to preserve the site’s oft-haunting beauty. One of these is Flickr user Randall van der Woning whose image appears above. 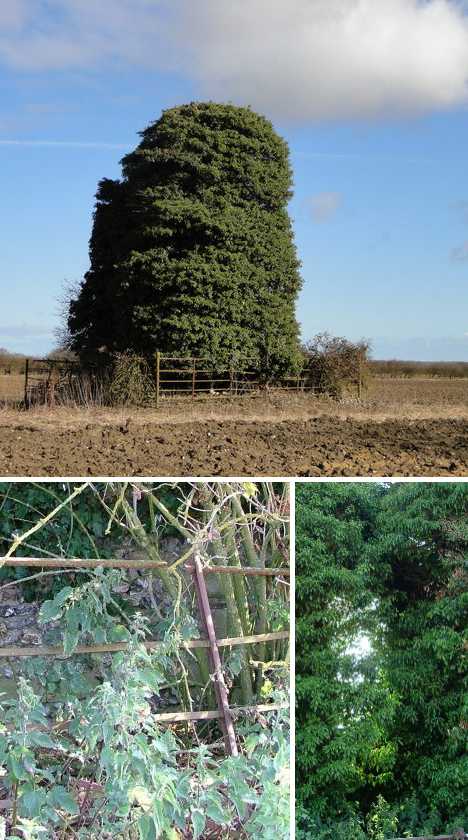 Norfolk in eastern England is home to a remarkable number of severely overgrown and abandoned (obviously) churches. Some, like St Remigius’ Church in Testerton, are all that remains of medieval villages themselves abandoned in the chaotic time of the English Reformation almost 500 years ago. A curious parallel can be made with rediscovered Mayan cities long-overtaken and disguised by jungle vines and vegetation; surprising indeed considering these relics are located within a reasonable drive out of London! 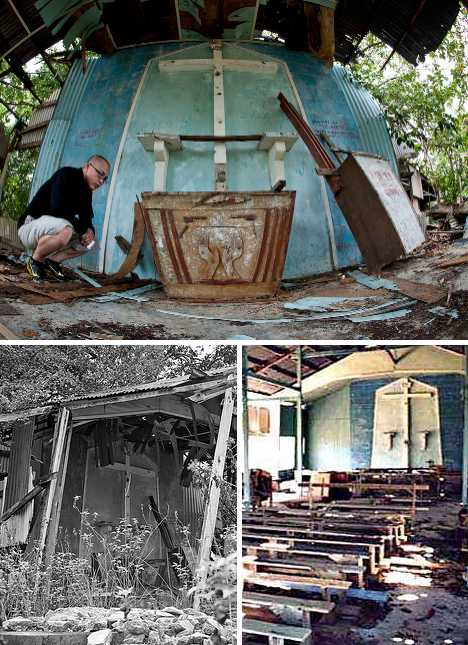 (images via: I Am Bidong, Neil Ta and Ee Lin Wan)

Between 1975 and 1991, the tiny (1 square kilometer) Malaysian island of Pulau Bidong became a transit camp for refugees from the Vietnam War. As many as 250,000 “boat people” passed through so-called “Hell Island” and the population peaked at a staggering 40,000! In 1991 the camp was closed, with the last 9,000 or so refugees forcibly repatriated to Vietnam. 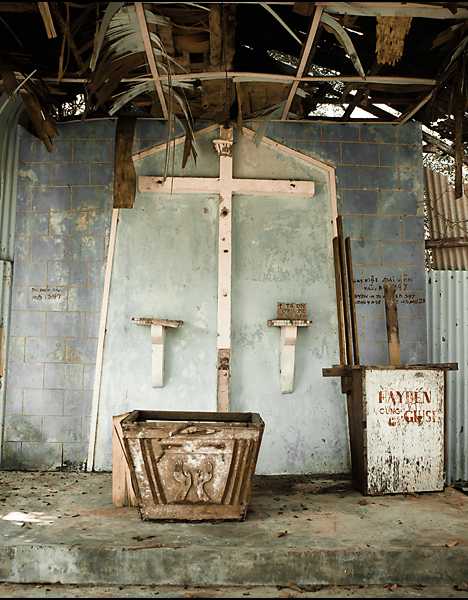 While Malaysian authorities have allowed nature to gradually restore the island to its original state, many reminders of the refugee era remain. Flickr user HENG FU MING brings us the eerie image above of a ramshackle yet lovingly crafted church slowly moldering away in the tropical heat and humidity.