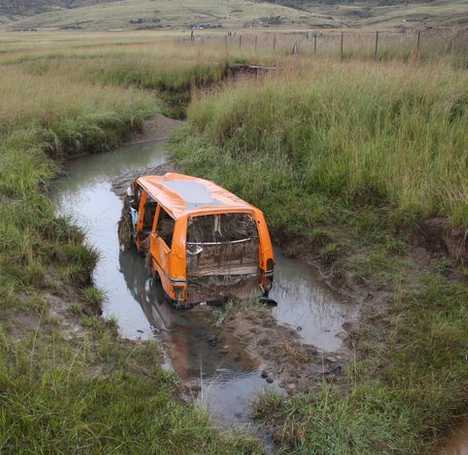 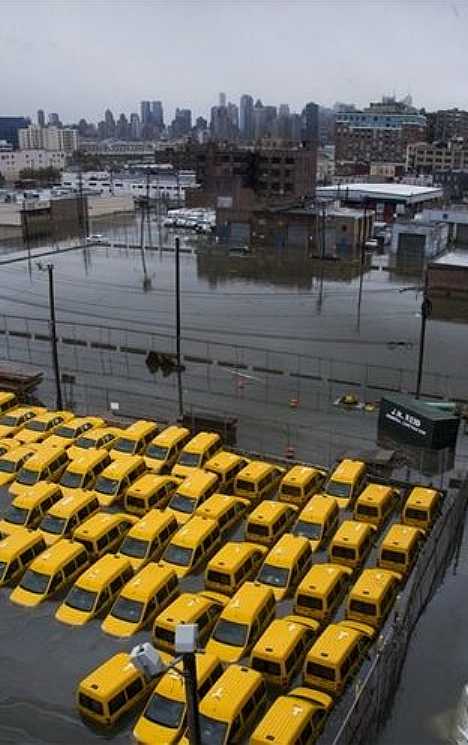 You’d be forgiven for assuming the image above was taken just after Japan’s devastating earthquake and tsunami back in 2011, but the truth is much closer to home… if your home is in New Jersey. Blame Superstorm Sandy, which struck the eastern seaboard of the United States in late October of 2012 bringing death, destruction and a LOT of water from rainfall and storm surges off the Atlantic Ocean.

The term “taxi fleet” took on a new and ominous meaning as Sandy’s floodwaters began to recede. This waterlogged lot stored dozens of new taxicabs destined for the streets of New York though the cost of repairing the damage will certainly delay their deployment at best; or force a percentage to be trashed at worst.

Out Of Luck Tuk-Tuk 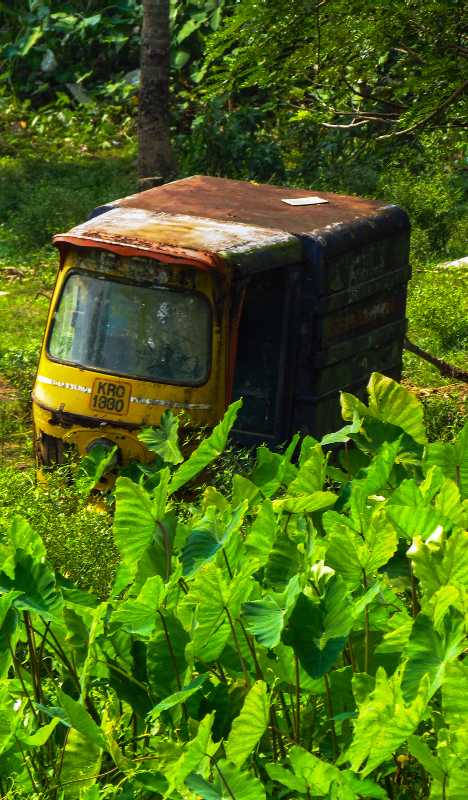 (image via: Flashpacking Around The World)

Resting (and rusting) peacefully in an overgrown forest clearing, this two-stroke tuk-tuk taxicab from the southwestern Indian city of Kannur has carried its last passenger and will belch blue oily smoke no more. Kudos to photographer Craig Hickson of Flashpacking Around The World for the evocative image above.

Nothing spells New York like a genuine Checker cab! This rare survivor of the Great Cab Wars now huddles alone and lonely on a quiet Brooklyn street. New York City’s notoriously persistent parking cops, caring nothing for history, have disrespected the old Checker by ticketing it. Da noive! Full credit to Flickr user Violette79 for these ethereal nighttime images.

An abandoned cab in a near-abandoned city? It could only be Detroit. Full credit to Flickr user Detroit Liger (Robert Monaghan) for snapping this sorely deteriorated taxi on a frigid February day in 2009. What are the odds the cab’s still there?