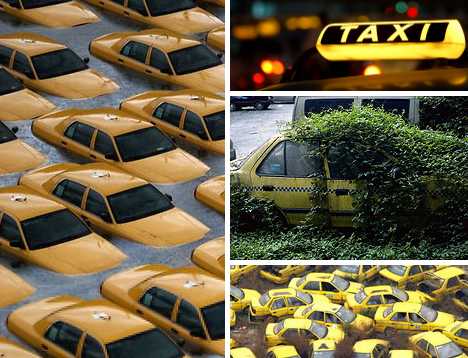 Taxis have a checkered history and few mourn when one or more of the used, abused and disused private transit vehicles reaches the end of the meter. 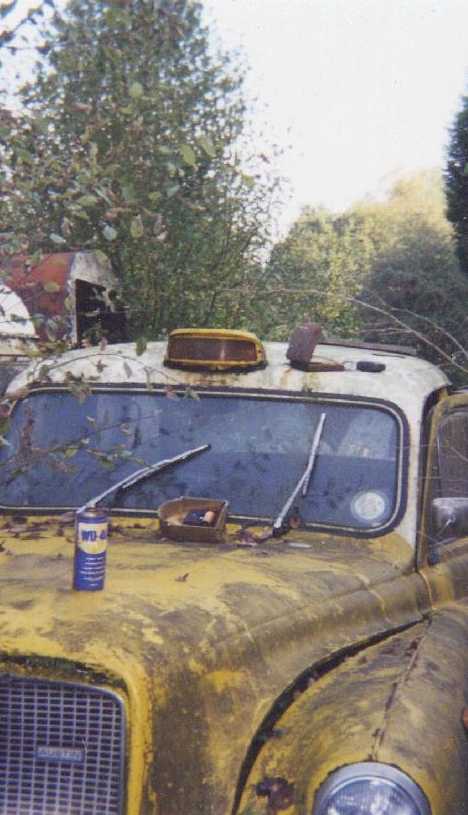 The historic “London Black Cab” isn’t and wasn’t always painted black, a few of the iconic Austin FX4 taxis sported other shades including the more-familiar (to North Americans, at least) bright yellow. The late model taxi above was visually captured by Flickr user Aqualite in late 1997 using a cheap disposable camera that imbues the sorry scene with an extra degree of decrepit-ness. A little WD-40 and that’ll buff right out though. 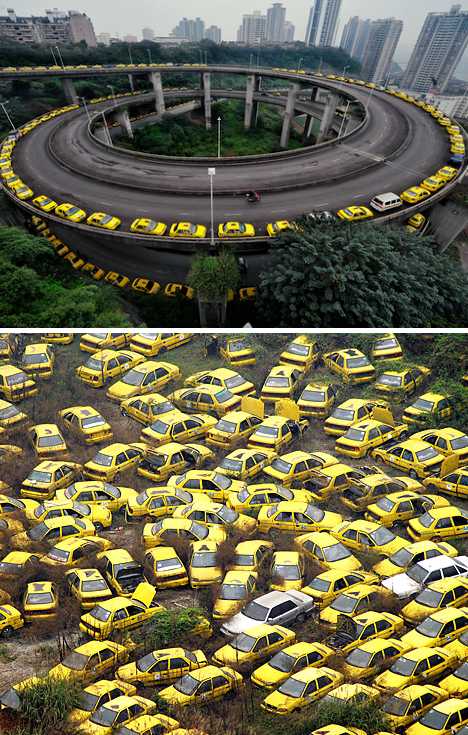 Taxis may be economical conveyances but their numbers are governed by the laws of economics: the more demand there is for taxicabs, the more will enter the market… and vice versa. Even Chongqing, China’s shiny fleet of yellow, natural gas-powered cabs isn’t immune to the negative implications of positive economic growth. 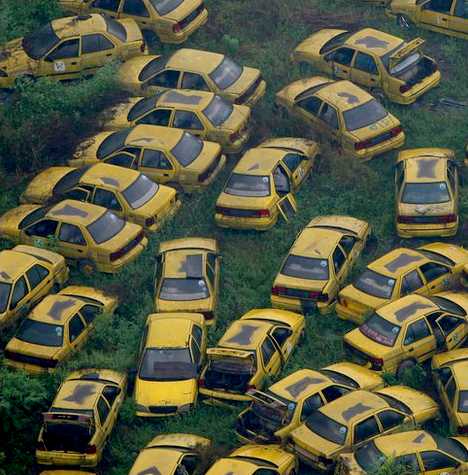 The scene of post-apocalyptic taxicab desolation above dates from March 4th, 2009, and features some of the hundreds of abandoned taxis dumped in a field (though doubtless more than a few are in decent running condition). As China’s working classes become more wealthy and upwardly mobile, they’re showing their new status by buying cars of their own. Good for Chinese automakers; not so much for China’s taxicabs and their drivers.

Taxis in Hong Kong are color-coded with red being most expensive, green less so, and blue the lowest-priced. The LPG (Liquid Petroleum Gas) powered 2002 Nissan Cedric cab above, recently abandoned for unknown reasons, looks little the worse for wear… the meter inside might still be running.

Down & Out In Dakar 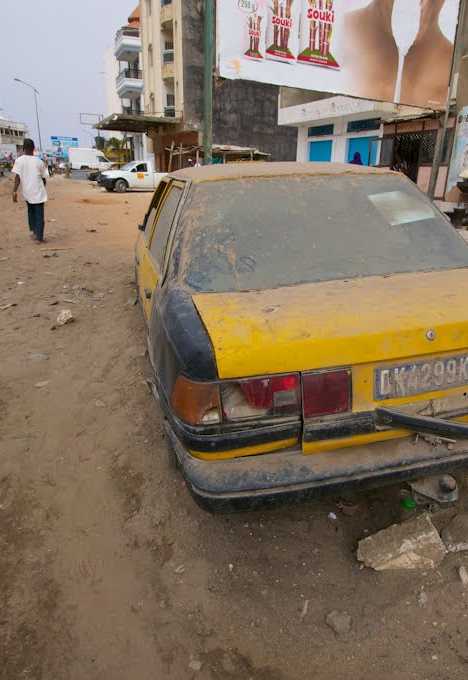 In Dakar, Senegal, the streets’ soft shoulders really are soft. They also make great places to abandon a taxi though by the looks of it, the African city’s Fadia neighborhood looks more than a little abandoned itself. Salutations and stuff to Panoramio user Babacar for venturing out into Fadia’s mean streets to snap this dusty castoff cab.

When is an abandoned taxi still useful? When it’s inhabited by the world’s most desperate denizens, for example. Photographer Nyani Quarmyne discovered one such lost soul, Mohammed, who lives in an abandoned taxi parked behind his mother’s house in Kueyor, eastern Sierra Leone. Canadian writer Catherine Cooper documents the lives of some of Sierra Leone’s mentally ill citizens, fighting to survive in a war-torn land woefully lacking in the resources required to treat them. As miserable as Mohammed’s existence may seem at first glance, he’s still better off living independently in an abandoned cab compared to others unable to exploit that “luxury”.