So how does an abandoned Detroit taxi progress from being freshly abandoned to a stripped metal carcass, anyway? To find out, we’ll need a freshly abandoned cab like the one above, hastily ditched on February 11th of 2014 when a water main burst and flooded a several-block area in the city’s southwest district. Come back in a few weeks (or days, possibly hours) and find out! 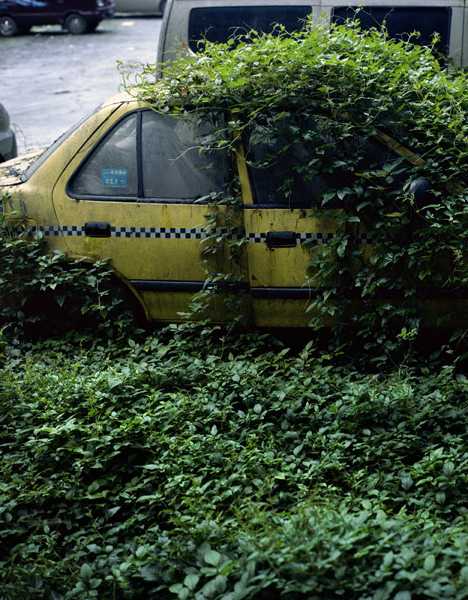 This is a green vehicle in more ways than one: it consumes no fuel nor does it release any noxious emissions… well, maybe a little pollen from time to time. Props to Flickr user Wang Yuanling who caught this long-abandoned and almost completely overgrown “zombie car” in Chongqing, China. 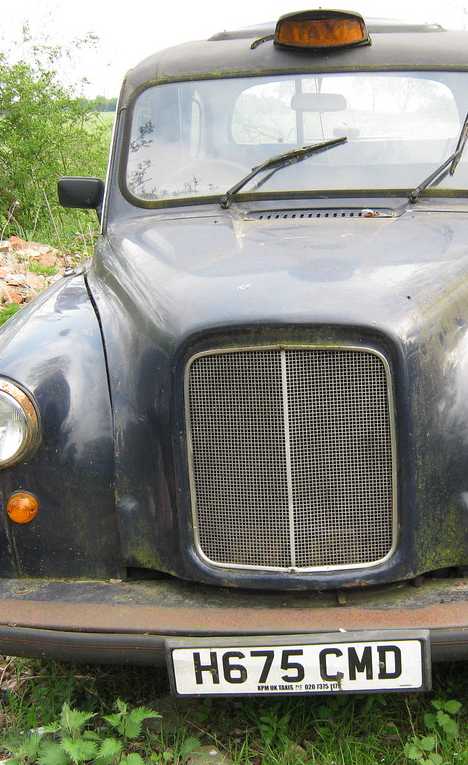 This circa-1990 abandoned London Taxi isn’t actually black; more like a very dark and weathered blue. Powered by a diesel engine designed by Nissan, this no-longer-licenced FX4 LT1 cab was captured photographically by Flickr user JOHN of Midlands Vehicle in the UK.

The FX4 taxicab produced by Carbodies debuted in 1958 and although it was incrementally improved numerable times mechanically over the years, the iconic styling remained virtually unchanged throughout its 39-year run. Interior upgrades including the dull but practical gray plastic dash were appreciated by tough-to-please taxi drivers. 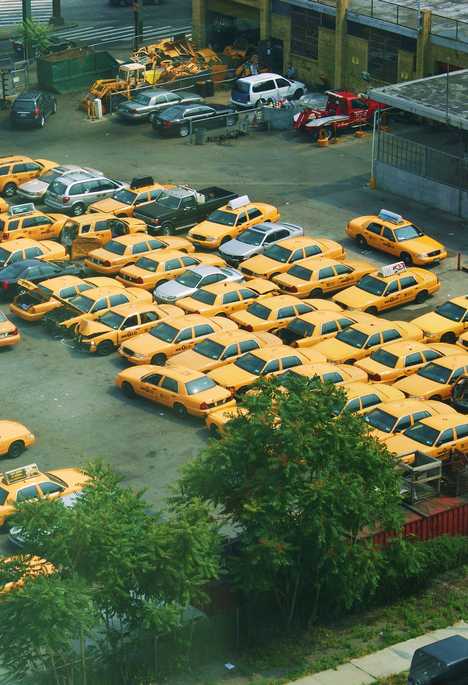 You know what they say about birds of a feather; they flock together… that uincludes yellow birds. Flickr user Rahul Joglekar doesn’t specify where in New York this slightly disorganized taxi graveyard lies but it doesn’t really matter, it’s just good to know they seek each other out before checking out for good.

It’s been said one can chart the progress of a region’s technology by noting the nature of the local junkyards. In the case of Bangladesh’s capital city, Dhaka, one junkyard in particular is a monument to public transit’s transition from human-powered vehicles to electric taxicabs. 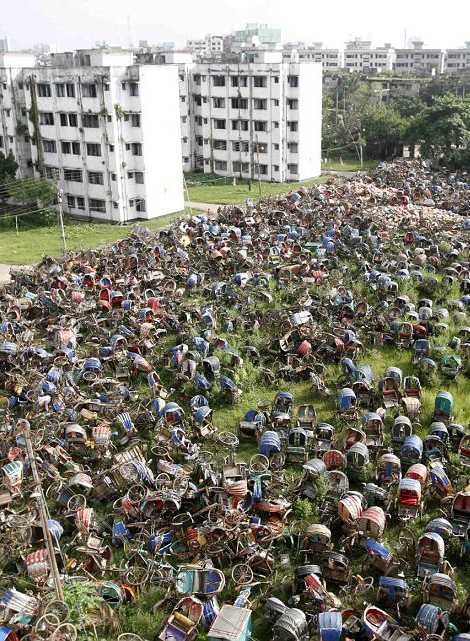 This hillside in the suburb of Mirpur is covered in trashed and abandoned rickshaws: up to 15,000 of them at last count. Not exactly the kind of view you’d want from your apartment balcony but then again, it’s not something most people see every day. Just be glad the graveyard only contains the rickshaws and not their drivers… one would hope.