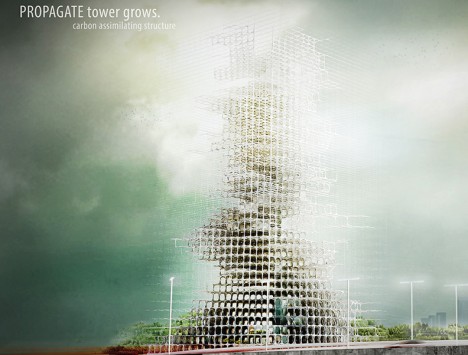 The Propagate Skyscraper, the third-place eVolo winner of 2014, is a carbon dioxide structure designed to grow out of the pollution it collects, turning captured particulates into building blocks as it expands. The idea of carbon capture is not new, but recent developments have made it possible to more easily and efficiently. “By constructing a simple vertical grid scaffold as a framework, we are given control to the extent and underlying structure of the skyscraper. Required ingredients for material propagation are supplied through the scaffold, while its actual pattern of growth is defined by environmental factors such as wind, weather, and the saturation of carbon dioxide within the immediate atmosphere. Thus each resulting structure is sui generis in its formal expression, while maintaining a regular spatial organization for ease of occupation and adaptation.” 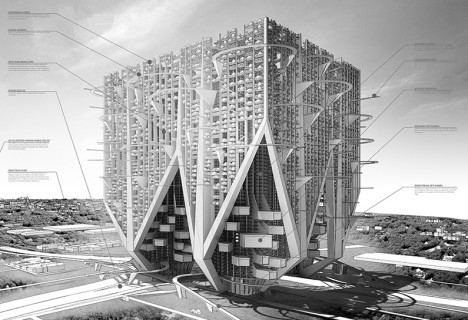 Car and Shell Skyscraper placed second in the 2014 eVolo competition, proposing a densely clustered vertical solution for the suburbs of Detroit. The potentially controversial project acknowledges the decentralization of the region’s populace, but begs the question: what will the future of the city look like when everyone leaves, and how can its spread-out population be enticed into such a gigantic new endeavor? 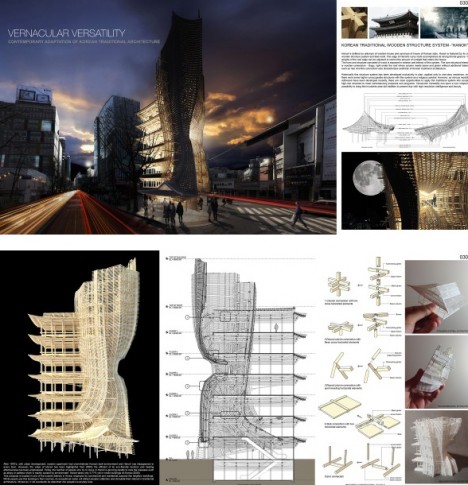 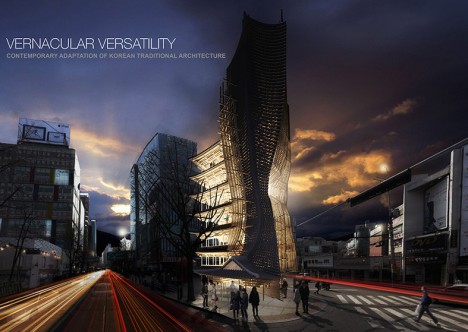