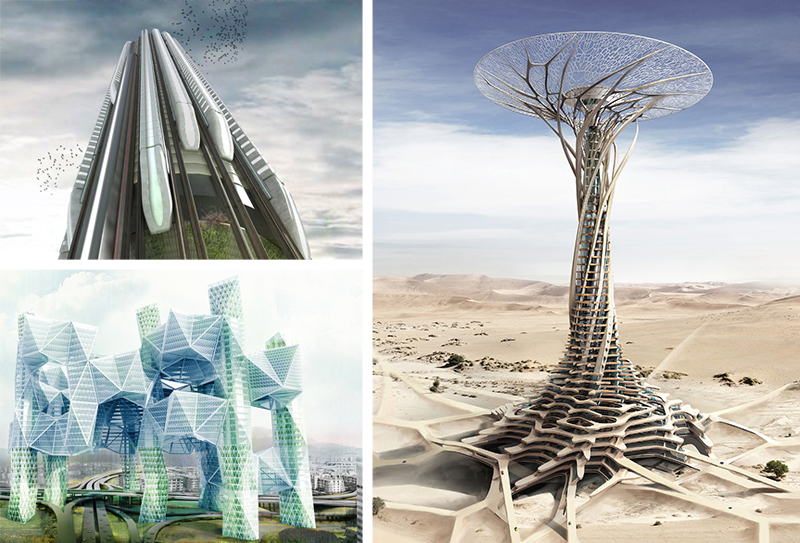 From 3D-printed towers of sand to garbage-powered architecture of the seas, these eVolo Skyscraper Competition entries push the envelope in every possible direction, and a few impossible ones too. A common theme this year: harvesting energy and building materials from local environments, and turning pollution into part of a futuristic solution. The award winners are certainly impressive, but a number of other entrants are well worth their honorable mentions as well. Set everywhere from the urban jungles of Los Angeles and suburbs of Detroit to the world’s rain forests, deserts, oceans, here are ten designs, selected from hundreds, all deserving of a closer look (leading up to and including the three award winners). 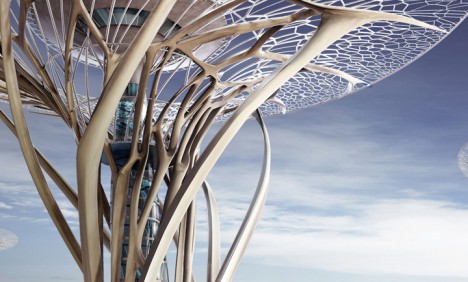 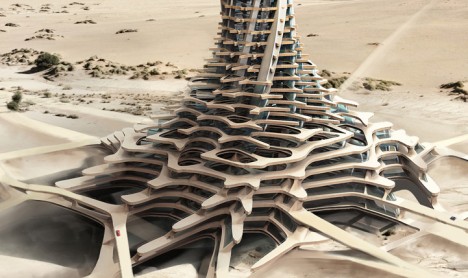 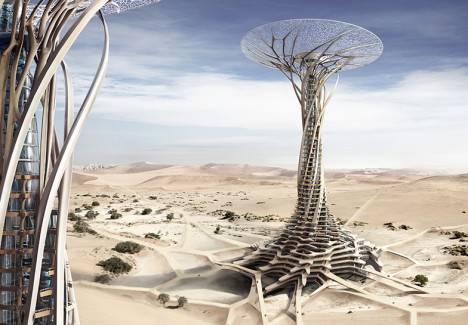 Sand Babel is one such runner up, an incredible skyscraper crafted from the very sands on which it sits, its 3D-printed construction powered by solar energy (abundantly available). Inspired by desert tornadoes, its above-ground portion is anchored by an underground system of root-like spaces. Temperature differentials help the structure generate water via condensation along its expansive top viewing platform. 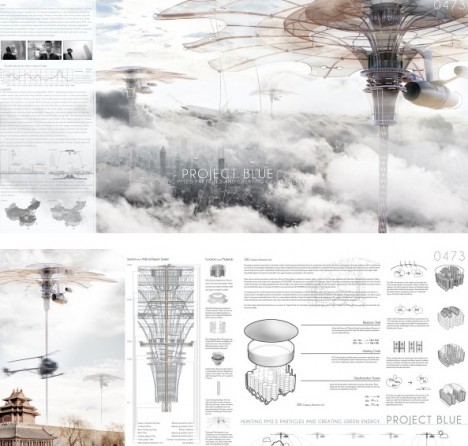 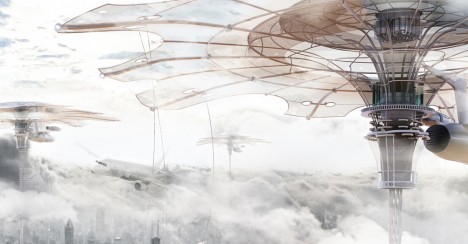 Project Blue, another honorable mention recipient, is fueled by its environment as well, but takes things up a notch by turning particulate pollution in the sky and converting it into “green energy by creating an enormous upside down cooling tower with a multi-tubular cyclic desulfurization system that produces nitrogen and sulfur. When both elements are combined with the atmospheres surplus of carbon monoxide the result is water coal that would later be transformed methane and used as green energy through a low-pressure reaction called low pressure efficient mathanation – a physical-chemical process to generate methane from a mixture of various gases out of biomass fermentation or thermo-chemical gasification.” 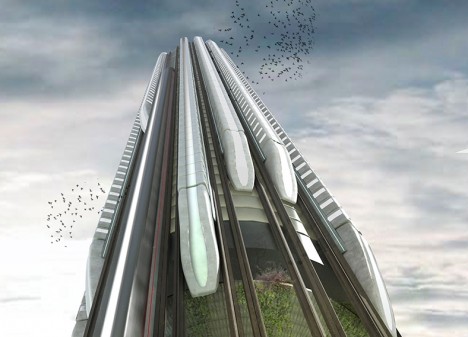 The Hyper-Speed Vertical Train Hub provides a fantastic vertical spin on a conventionally horizontal phenomena, turning transportation on its side and making it more visible in the city, all while saving precious ground space. “The proposal will ‘flip’ the traditional form and function of the current train station design vertically, and re-form it into a cylindrical mass to increase the towers train capacity. This tall cylindrical form aims to eliminate the current impact that traditional stations have currently on land use, therefore returning the remaining site mass back to the densely packed urban Mega City.” 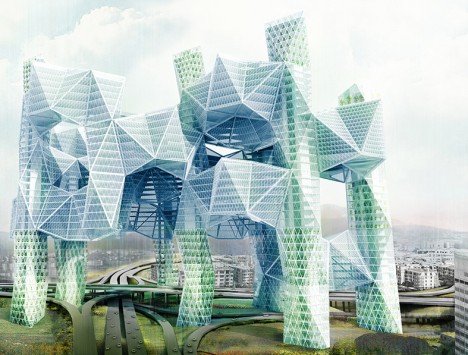 The Skyvillage draws its inspiration from the challenging condition created by freeway interstates, which are at the heart of the car-centric city of Los Angeles where the conceptual project is set. The “Los Angeles freeway system segregates the city’s fabric restricting urban activities to single locations. Similarly, skyscrapers exacerbate this condition of segregation instead of encouraging urban integration. The envisioned vertical city would bridge over freeway interruptions and connect the four quadrants around 101 and 110 freeways as a single architectural organism while boosting cultural exchange, urban activities, and social interaction.”