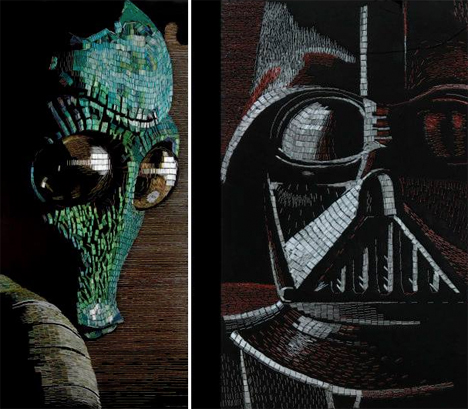 Virtually no artistic medium has gone unexplored in the quest to celebrate the continuing legacy of the Star Wars series. There have been life-sized X-wing fighters made of Lego blocks, edible versions of every character, creatively decorated Stormtrooper helmets, tons of Star Wars-themed graffiti and even Star Wars Yoga. And now, artist Jim Haggerty offers up amazingly detailed mosaics made of thousands upon thousands of staples. 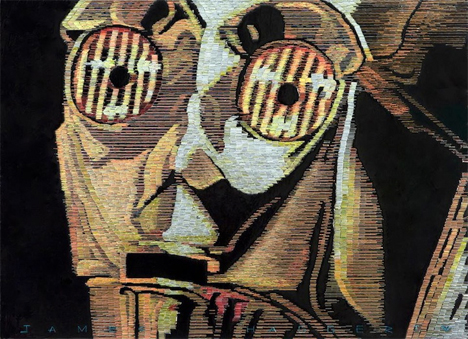 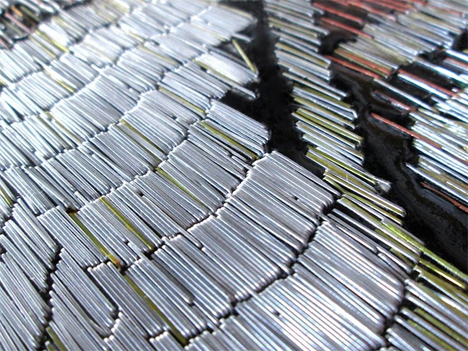 The New York City-based artist has created a series of Star Wars-themed staple mosaics including Darth Vader, C3PO and Greedo, the latter of which required an incredible 33,580 multi-colored staples. 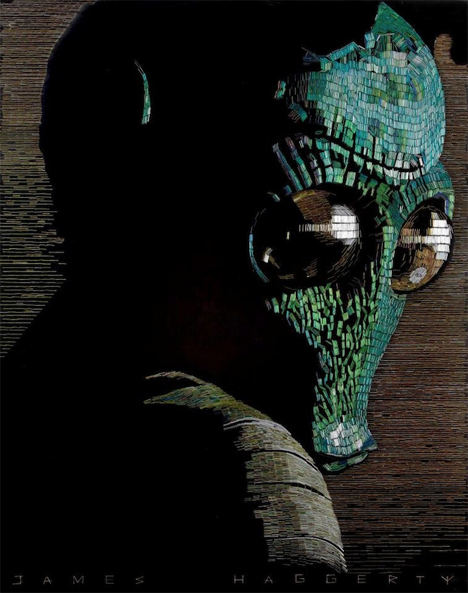 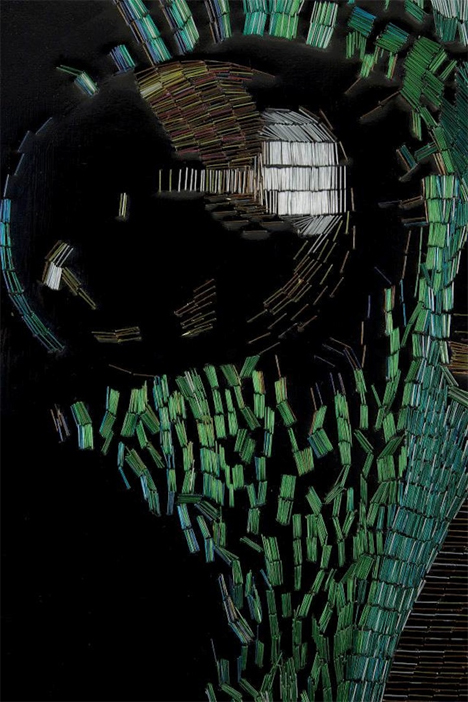 Haggerty first paints a board, using dark colors to fill in the negative space, and then meticulously punches in individual staples for the highlights and mid-tones. The metallic gleam of the staples adds extra contrast against the black. 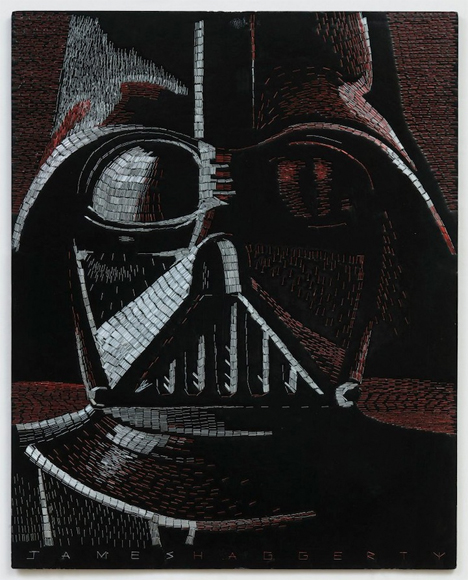