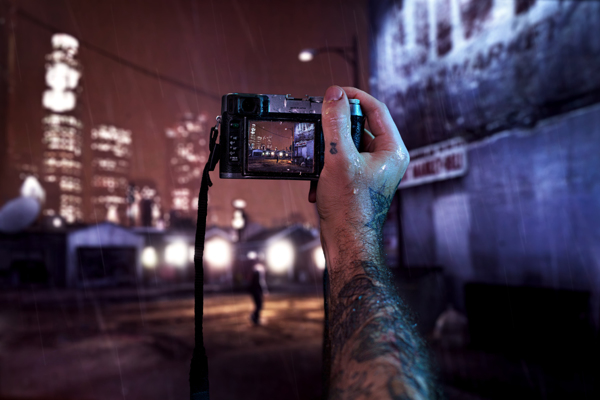 As improved game graphics generate increasingly photo-realistic spaces, projects like this blur the boundaries between virtual and real in perception-warping ways. Test and see for yourself: how long do you have to stare at each picture to ascertain what elements comes from within the game and which ones are derived from everyday reality? 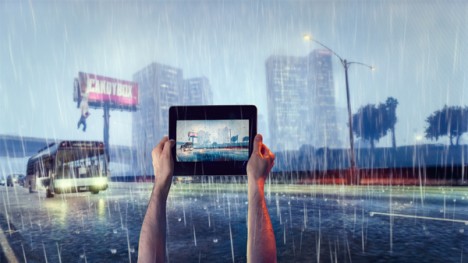 Referencing Jean Baudrillard (of Simulacra and Simulation), gamer and photographer Benoit Paillé of Montreal, Quebec explains his aim to “overlay a material reality with a virtual one, erasing the border between the two worlds … to show that we can use a virtual space in conceptual photography and approach these areas with the same sensitivity as the physical space.” 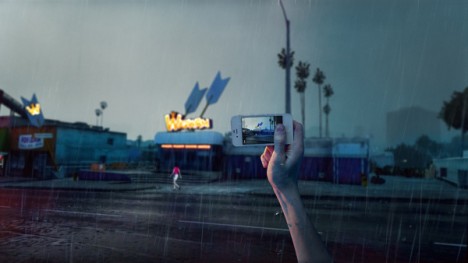 The process of making Crossroads of Realities involved carefully capturing in-game scenes from Grand Theft Auto V, then simulating the same conditions (time of day, angle of light, conditions of weather) in a real photograph of a human hand holding an image-capturing device. These images were then hybridized into finished shots representing uncanny combinations of virtual and physical reality. 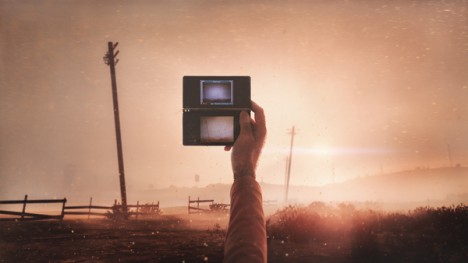 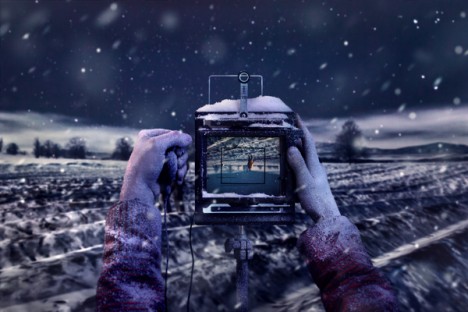 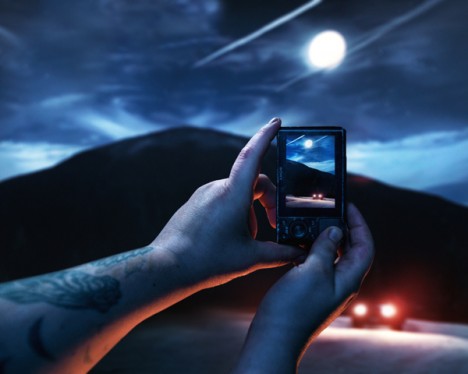 As to his inspiration: “It is a response to the proliferation of visual projects that take place in virtual spaces. It is a questioning about the notion of border and territory. A mix of two distinct realities into a single image. I ask questions about the legitimacy and the authorship of artwork created this way.”