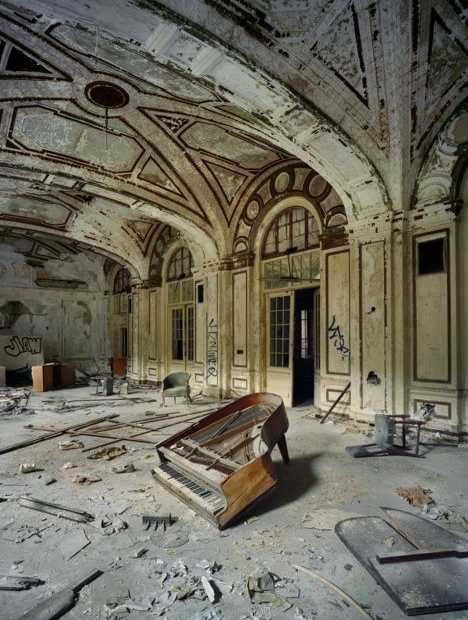 (image via: Pinterest/Andrea Arndt and CityBreaths) Constructed in 1929, the 15-story tall Lee Plaza apartment/hotel in Detroit is on the National Register of Historic Sites but that hasn’t deterred vandals, squatters and salvagers from doing that voodoo that they do so well. As for the not-so-grand baby grand sitting all by its lonesome, it was built into the hotel’s ballroom and is just too big to get out the door in one piece.

(images via: Sito Alvina Photography, Robert Monaghan and Geopolicraticus) Like similar buildings in downtown Detroit, the Lee Plaza fell on harder times than those who enjoyed the Motor City’s heyday could ever imagine. The building was a senior citizens’ complex in the early 1990s before finally closing. No doubt the piano’s final few performances were appreciated by elderly Lee Plaza residents who had lived through Detroit’s rise and fall.

From Riches To Ragtime 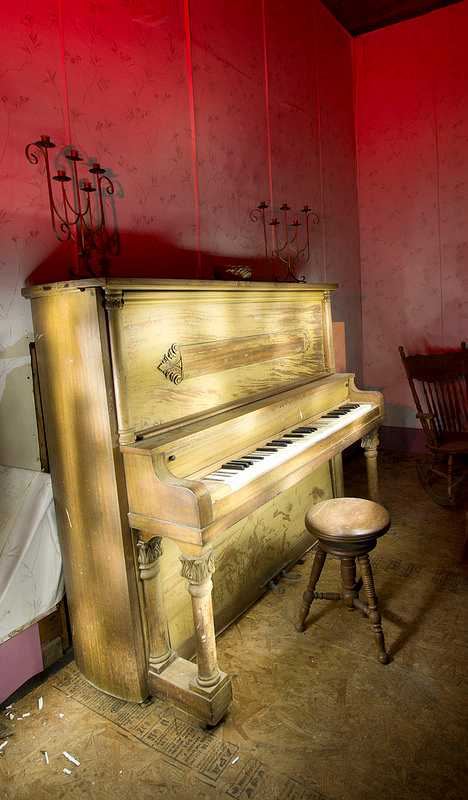 (image via: Mike Girard) The Sulphur Springs Museum and Heritage Center in Tampa, Florida, isn’t exactly abandoned though it’s surely been some time since anyone seriously made music on the upright above. Kudos to Flickr user Mike Girard for capturing the eerie aura of a piano abandoned by its former owners… and by Father Time.

(images via: Far Enough) Rural Georgia hasn’t enjoyed the heavenly notes emanating from this abandoned Sterling Concert Grand piano in the equally abandoned Youngs Chapel for a good 40 years. Built in the late 19th century, the church hung on until 1975 when the surrounding farm community had shrunk to a level too low to support it. Flickr user Far Enough visited Youngs Chapel late in 2011 and though the weather was chill, the church and its well-worn, now silent piano still exuded a warm and comforting glow.

In The Key Of Sanatorium E 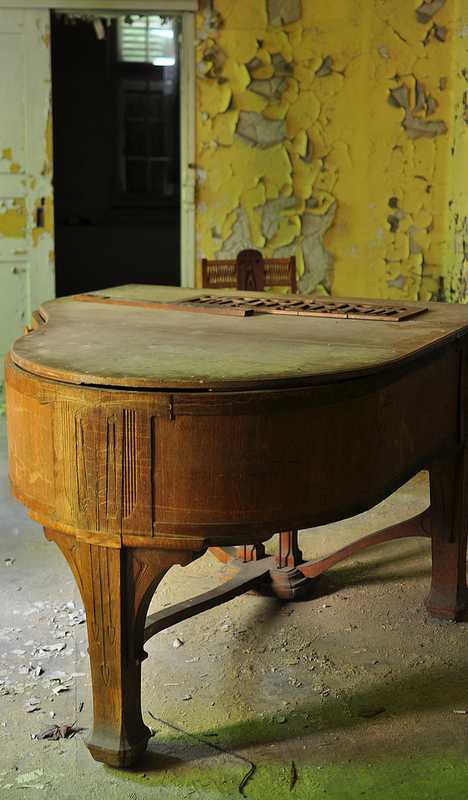 (image via: Digital Cosmonaut) Sanatorium E in Potsdam, Germany, was a lung clinic built between 1912 and 1914. Surviving the Second World War relatively unscathed, Sanitorium E soldiered on under East German auspices until the collapse of the GDR led to the clinic’s closure in 1994. The piano above once added life to the clinic’s front foyer and was likely the most cheerful thing about the place, especially if you happened to be a patient.