(images via: Olive Loaf Design) An abandoned player piano, torn music roll hanging listlessly and spider webs choking its mechanical innards, slowly decays on an unkempt front porch. What was the last song it played? What – or whom – replaced it as the main music maker? Alas, dead men tell no tales and abandoned pianolas play no tunes.

(image via: Olive Loaf Design) Kudos to Olive Loaf Design for discovering this moldering old player piano (often called a pianola) and for giving it one last hurrah via the wonders of the internet. Stop by YouTube when you’ve got a minute and boot up some Maple Leaf Rag, then start partying like it’s 1899.

(images via: R.J.G.) Flickr user R.J.G. discovered this weathered upright piano sitting pretty in an overgrown yard, and lucky for us he had his camera with him. “No, it doesn’t play,” states R.J.G., answering the question on all of our minds. “We opened it up and just found a lizard inside its hollow shell.” You fool, that was the singer! 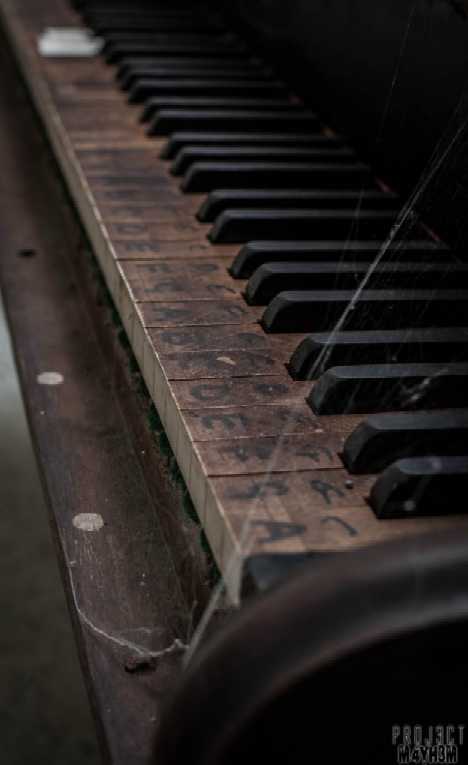 (image via: PROJ3CTM4YH3M) It’s one thing to enter an abandoned insane asylum, quite another to photo-document what you’ve seen and present those images with an all-too-gritty realism. Yet that’s exactly what the gang from PROJ3CT M4YH3M have done, doing Britain’s abandoned OM Asylum the justice it deserves… take that any way you like.

(images via: PROJ3CTM4YH3M) These images date from July of 2013 and feature the infamous grand piano in the asylum’s administration building. The grim and sooty piano features keys helpfully inscribed with notes, because if you’re an asylum resident needing some sweet soothing music you really don’t need to get any more anxious, frustrated, angry, or all of the above.

The Day The Music Died 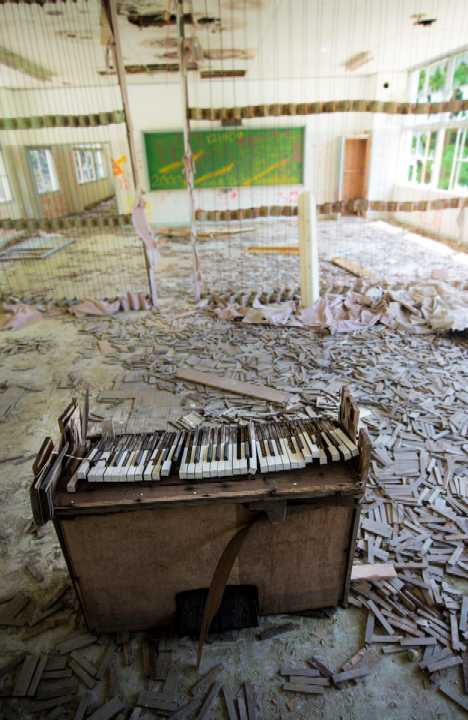 (image via: Totoro Times/Jordy Meow) Japan is plagued with a rapidly aging population that, compounded by chronic flight from rural to urban areas, has left the countryside with an abundance of abandoned schools. This bright, airy but inexorably sad classroom features a piano that appears to be disintegrating in slow motion. Full props to Jordy Meow of Totoro Times for the above image and others depicting the beauty and the wonder of Japan’s abandoned schools – and what’s still inside them. They most assuredly don’t include students and for that, at least, we can be thankful.