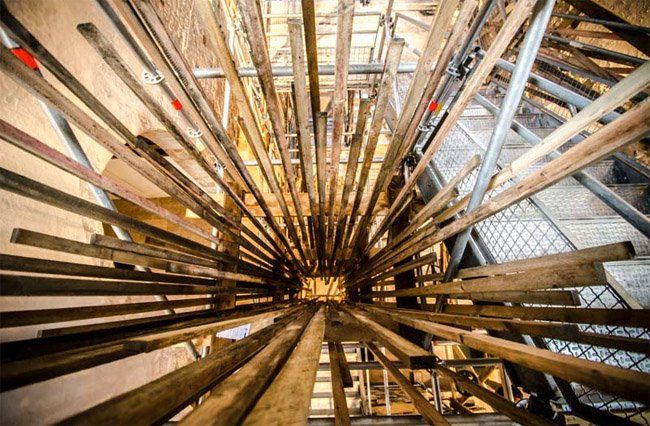 A mass of reclaimed, weathered wood of all shapes and sizes rises up to the cathedral ceiling of the Church of St. Peter the Puellier in Mairie d’Orleans – but don’t expect these stairs to go anywhere. Built by French artist Sambre, ‘Escalier de Secours’ (Fire Escape) brings a sense of chaos and disproportion into a space typically considered sacred. 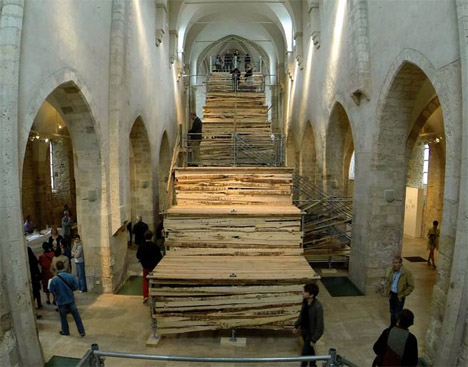 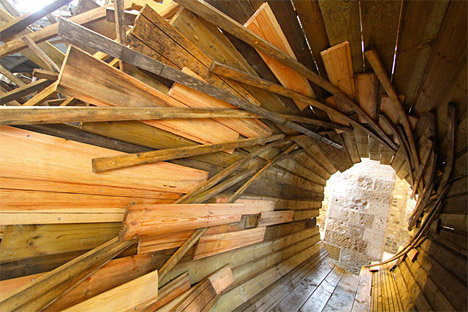 Installed in the heart of the church, the staircase consists of a framework covered in randomly applied wooden slats, nailed on with no apparent rhyme or reason. Intentionally oversized, the stairs are much to large for any human to walk up, requiring a hands-and-knees climb to ascend. 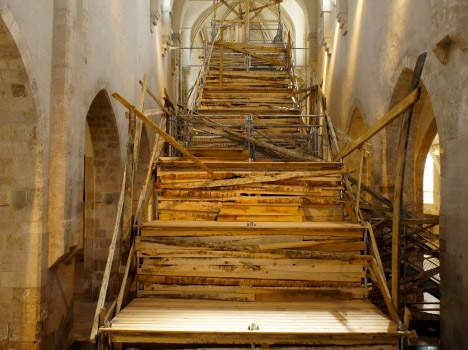 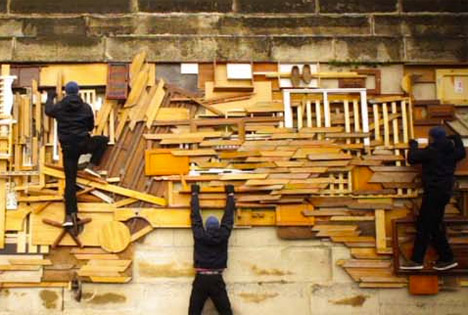 The work invites visitors to discover the twelfth-century church, which is the oldest remaining intact in Orleans, in an entirely new and self-guided way. Looking up through the nest-like wooden mass from the ground floor, you catch only glimpses of the church’s vaults. Visitors can choose from a variety of paths to make their way through the space, metaphorically exploring the many options available in life. 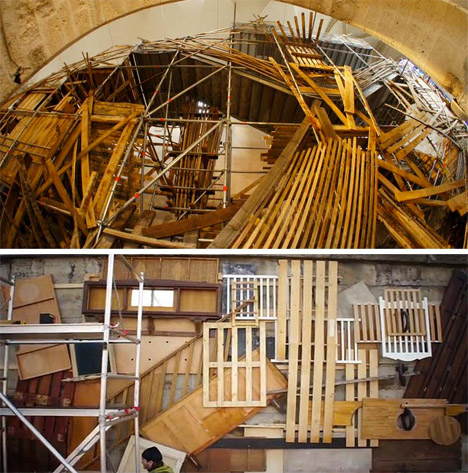 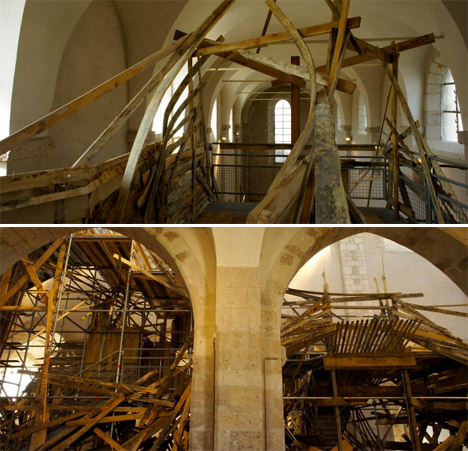 Sambre is known for large-scale, seemingly haphazard sculptures and architectural installations made of reclaimed wood, including spheres and labyrinths built inside gallery spaces and warehouses.