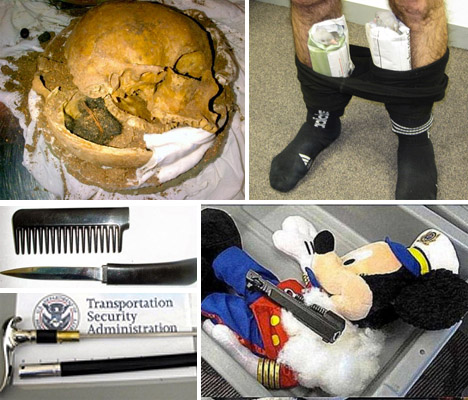 If you think you can smuggle a sword cleverly concealed inside a cane, a lipstick that’s actually a taser, pigeons wrapped in newspaper or nylon bags full of snakes onto an airplane, think again. The Transportation Security Administration has truly seen and confiscated it all, as documented on both their blog and their Instagram. Here are 13 of the weirdest and most disturbing items that the TSA has discovered during the security screening process.

Snakes on a Plane 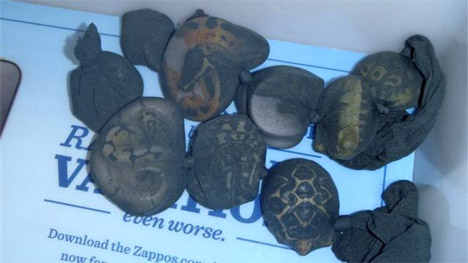 TSA screeners monitoring a body scanner at the Miami International Airport in 2011 were puzzled by what looked like bulbous growths attached to a man’s legs. Pulling him aside, they discovered that the man’s pants were full of snakes and tortoises wrapped in nylon bags. Had they not caught him, he would have walked onto the plane with seven snakes and three tortoises, likely bound for the illegal pet trade. 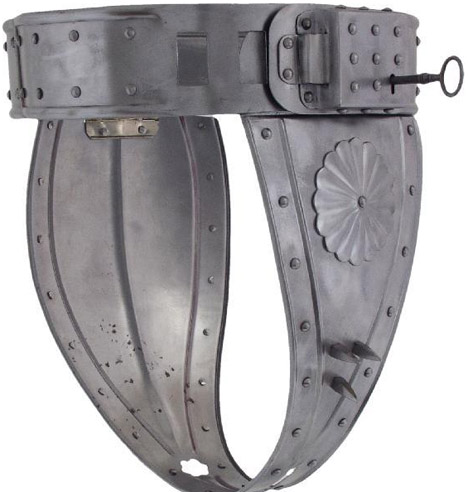 Says the TSA of this unusual discovery, “And while it isn’t prohibited, a passenger wearing a chastity belt alarmed the body scanner at one of our checkpoints. I’m sure you can imagine where an undergarment such as this might be a problem at a security checkpoint. Especially if there is no key.” 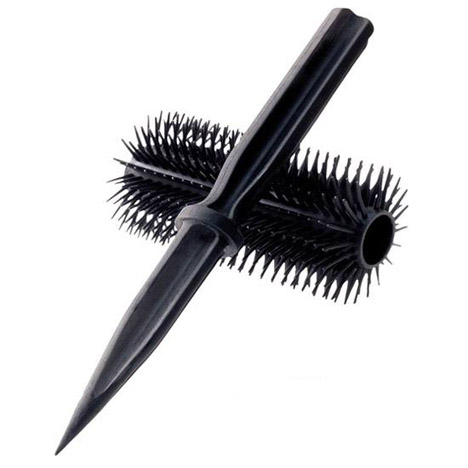 Do some quick internet browsing and you can find knives and other weapons disguised as all sorts of clever things. That doesn’t mean you should try to take them on a flight. Screeners don’t take it lightly when they find hairbrushes, combs and other everyday items concealing potentially deadly daggers. 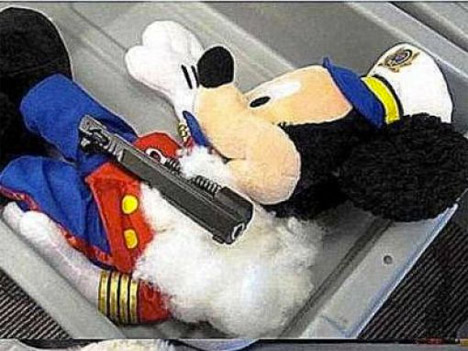 Would it ever occur to you that a stuffed Mickey Mouse clutched in someone’s arms was filled with firearms? Maybe that depends on who’s holding it. Mickey is just one of many stuffed animals that have been used to smuggle guns and ammunition at the airport.

A Bag of Eels & A Whole Lot of Fish 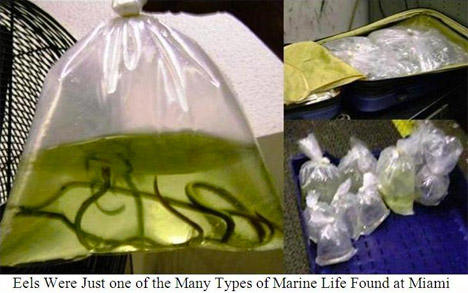 Referring to the incident as a “nomadic aquarium for people on the go,” the TSA pulled aside a passenger who was attempting to transport 163 tropical fish, 12 ‘red sliders,’ 22 invertebrates, 24 live coral species, 8 pieces of Scleactinina with mushroom polyps and 8 pieces of soft coral from Miami to Maracaibo. “We’re not in the business of looking for marine life, but you can probably imagine how odd this looked on our monitor.”