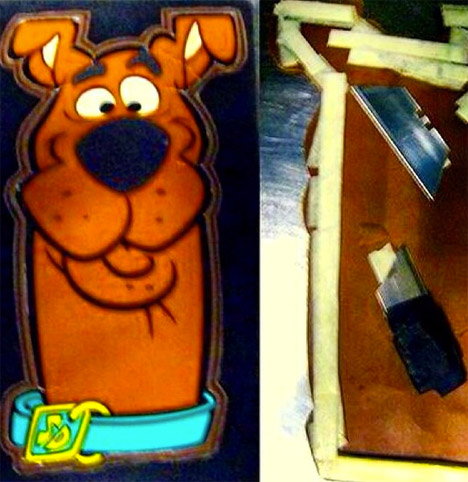 Who would guess that behind Scooby Doo’s goofy expression on a cardboard greeting card was a set of utility blades? They might have gotten away with it if not for those pesky TSA agents.

Sword Hidden in a Cane 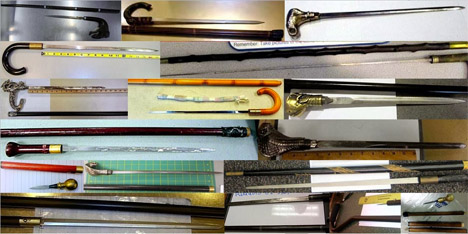 People must think they’re mighty clever when hobbling through the airport on a cane that’s actually concealing a sword. Too bad security officials have seen it all before, dozens of times over. On the TSA blog you can view a rather astonishing assortment of cane swords representing just a fraction of those that have been confiscated over the last few years.

Birds in His Pants 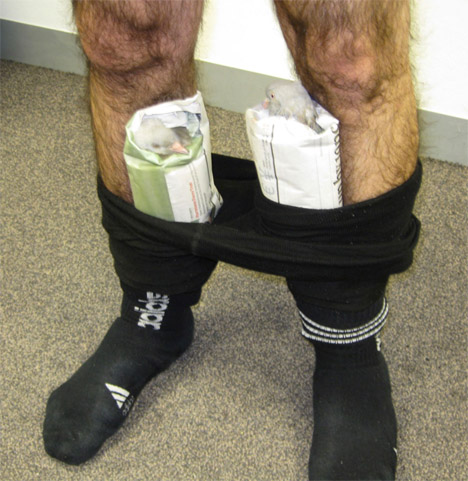 People try all sorts of strange tricks to get wildlife and pets through airport security, like this guy who thought it was a good idea to wrap a couple pigeons in some newspaper and stuff them down his pants. 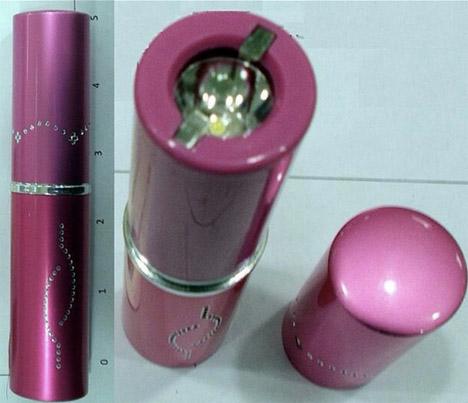 It’s not hard to understand why a woman traveling alone might want to transport some sort of self-defense tool, and this bejeweled pink lipstick case concealing a taser is admittedly pretty clever.