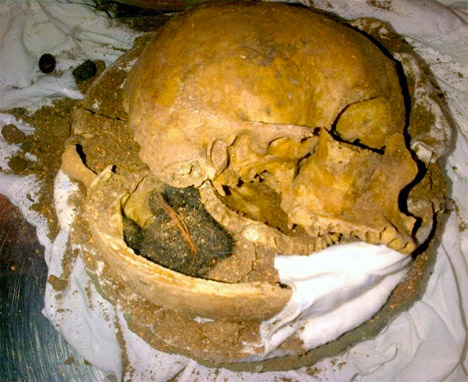 “Honestly, officer, I had no idea there was a human skull inside that pot full of dirt!” is basically what one passenger said when scanners found bone fragments inside a checked bag filled with old pots. Says the TSA, “While the fragments weren’t a security threat, they did slow screening down a bit since the area quickly became a crime scene!” 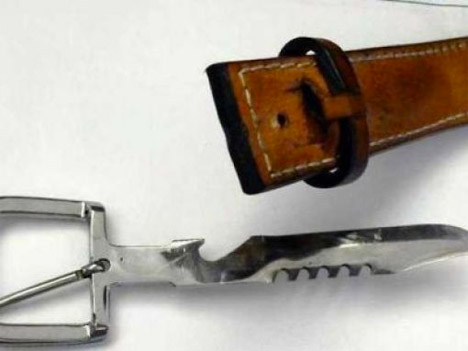 Here’s another clever but ultimately detectible way passengers try to get weapons onto planes: belt buckle knives. Four of them were discovered in four different cities in a single week in 2012.

Some people try to bring cans of mace on airplanes; others try to bring actual medieval maces of the sort that people once used to crush each other’s skulls during the Middle Ages. 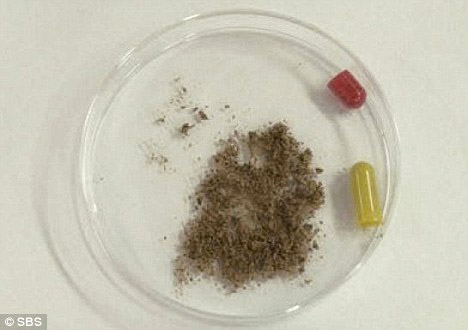 Perhaps one of the most gruesome things ever discovered by airport security wasn’t found by the TSA, but by customs officials in South Korea. More than 17,000 pills disguised as ‘stamina boosters’ are actually the powdered remains of human babies, illegally produced in China for their supposed medical benefits. Tests have shown that the pills do in fact contain up to 99.7 percent human remains, which the drug makers procure from hospitals.